From Risk to Resilience: Building a Local Climate of Success 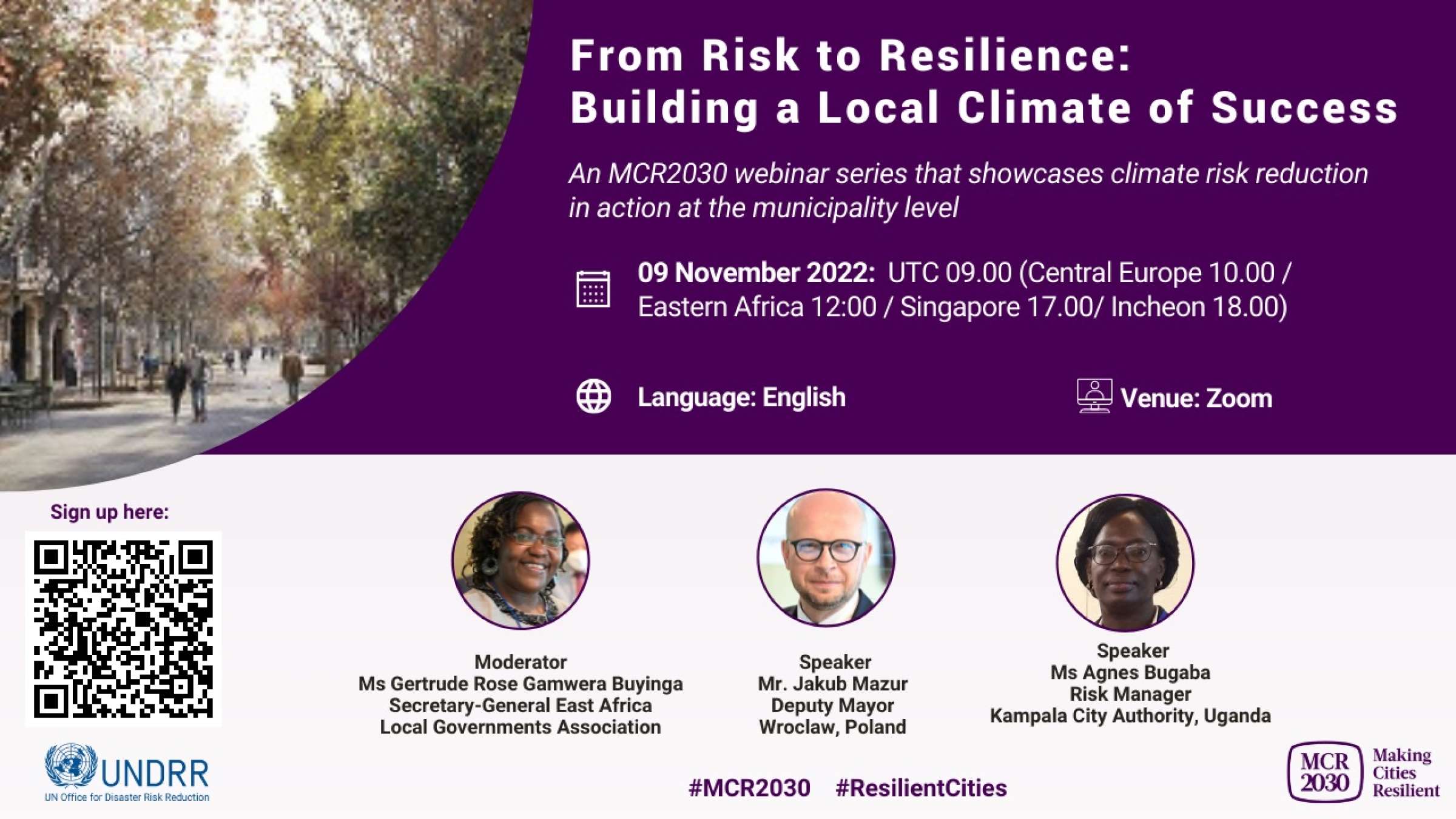 This webinar series is launched during the COP27, which is currently taking place in Sharm El-Sheikh. The Government of Egypt wants its COP27 to scale up global initiatives under 15 thematic areas, one of which is ‘Sustainable Cities’. Cities around the world are experiencing an unprecedented period of fragility and uncertainty. In particular, climate-fueled disasters are becoming more frequent, intense, and unpredictable.

Over the past 30 years, 90% of all disasters have been related to extreme weather events. For many urban areas, climate change is generating more powerful storms, exacerbating coastal flooding, causing more deadly heatwaves, and prompting greater water shortages and more protracted drought. This comes as municipalities strive to recover from the ongoing COVID-19 pandemic. At the same time, some local governments are also having to deal with the direct and/or indirect impact of armed conflict.

In the face of such a challenging context, municipalities around the world are scaling up their ambitions and actions to protect their citizens and local infrastructure assets and systems. The first webinar in this Making Cities Resilient 2030 (MCR2030) series showcases how two local governments are aiming to move from climate risk to climate resilience. As our ‘window of opportunity’ narrows, these municipalities will share examples of how climate action is an investment and not a cost.

For this webinar we will hear from two cities on how they have addressed their climate risk. First, Mr. Jakub Mazur, Deputy Mayor of Wroclaw, Poland, will outline how his city remains committed to pursuing an ambitious green agenda, learning the lessons from an extensive flood disaster at the same time as receiving refugees from the war in Ukraine. Two months ago, MCR2030 recognized Wroclaw as a Resilience Hub for its leadership in disaster risk reduction and its commitment to help other cities in their resilience ambitions. Second, we will hear from Ms Agnes Bugaba Risk Manager Kampala City Authority, Uganda who will outline how her city is focusing on both awareness and action to strengthen climate resilience. Kampala has been an active leader in the MCR2030 network for some years and we’re delighted to hear from them as part of today’s discussion