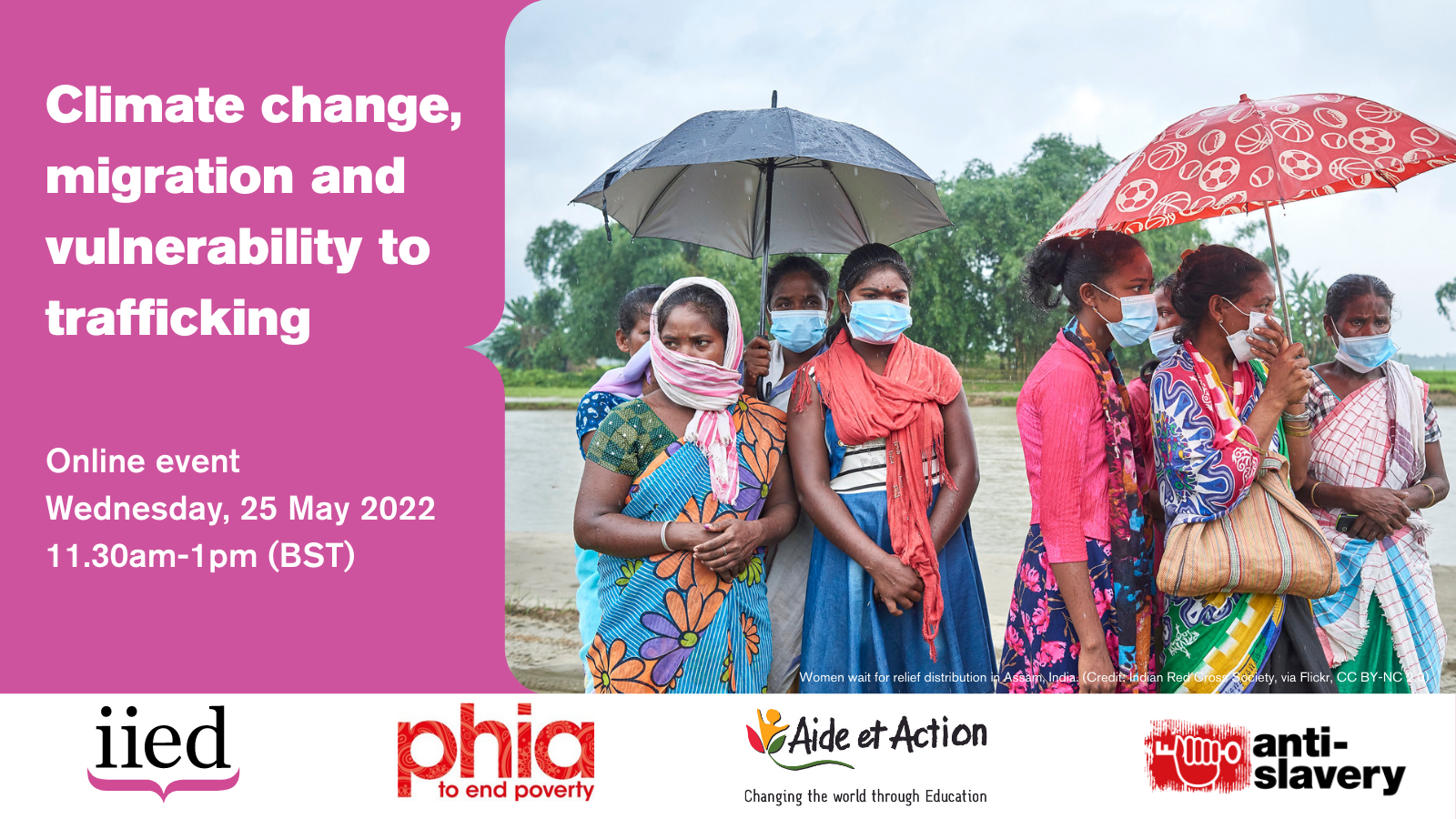 Join us on 25 May for Climate change, migration and vulnerability to trafficking, a high level panel event to discuss a new report from IIED, developed in partnership with PHIA Foundation and Aide et Action South Asia.

Climate change is increasing in frequency and intensity adding pressure to an already stressed system, placing the most vulnerable countries and communities at even greater risk of harm.

Faced with devastation, people are forced to migrate in despair within and across borders to protect their lives, escape from hunger, and earn livelihoods - making them vulnerable to human trafficking and slavery.

IIED and Anti-Slavery International are exploring how climate-driven migration and displacement puts people at an increased risk of trafficking and slavery. The report is among the first to provide an empirical and compelling evidence base on the links between climate change, migration and trafficking, and unpacks the underlying drivers that should be targeted by policymakers to deal with this nexus.