Research into surging glaciers can reduce flood risk in Pakistan 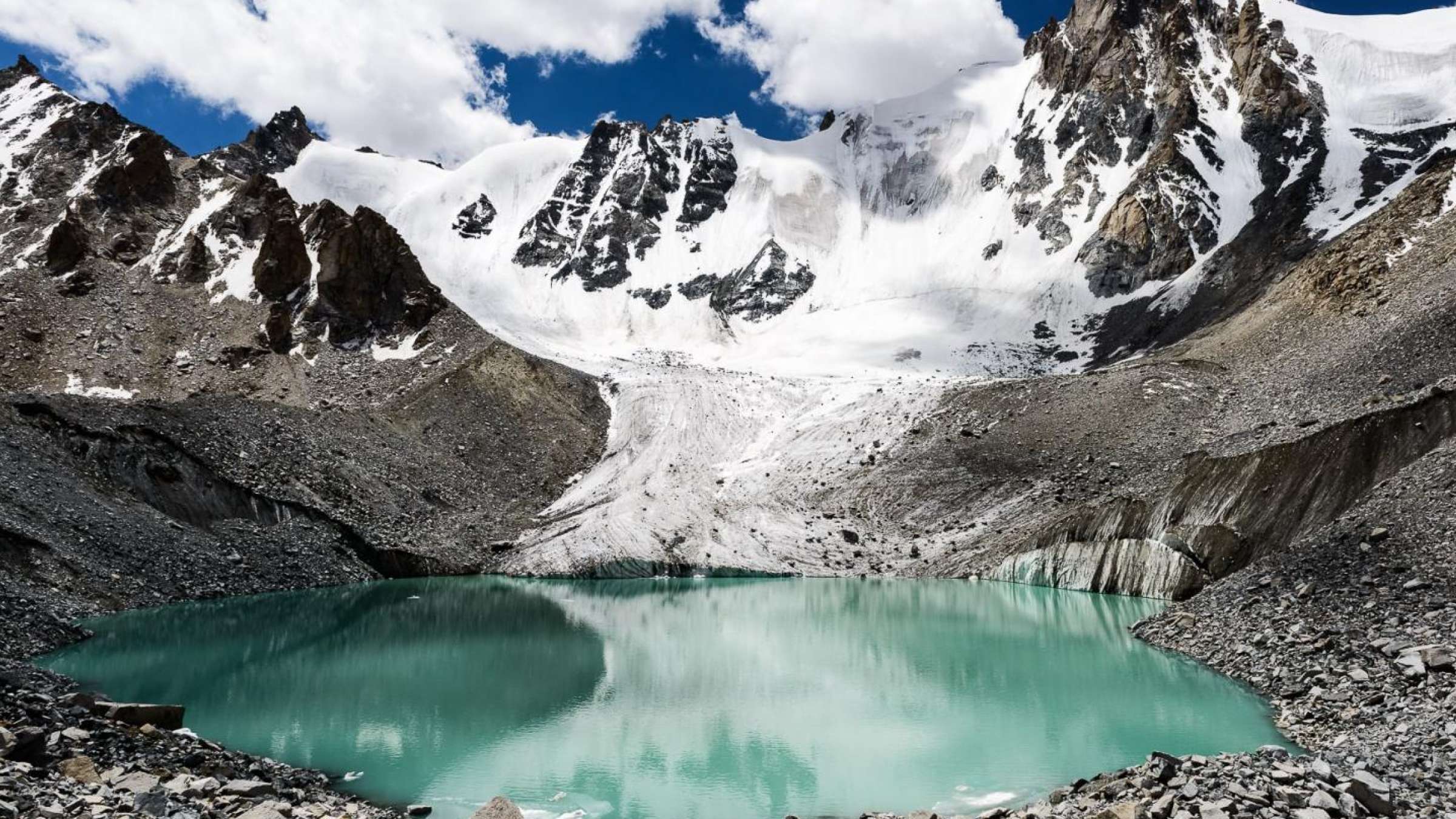 Glacial lake, both a blessing and a hazard.
Chris Rubey, Karakoram Anomaly Project 2013

Most glaciers worldwide are melting due to climate change, but some glaciers in northern Pakistan are behaving in a very different - and dangerous way.

Glaciers form in places where snow piles up faster than it melts. The layers of snow compress and slowly change from light, fluffy crystals to hard, round ice pellets. This eventually fuses into a large mass of solid ice and the sheer weight of the ice, or the force of gravity on the ice, causes the glacier to flow downhill, albeit very slowly.

But some glaciers in the Karakoram region, a mountain range spanning the borders of China, India and Pakistan, aren’t moving slowly downhill - they’re surging.

During surges these glaciers can move hundreds of times faster than normal and reach speeds of up 50 meters per day.

Geoscientist Sergiu Jiduc has spent the last five years researching Khurdopin, the largest of these glaciers in northern Pakistan. ‘Surges are a problem,’ he says, ‘because they can block river valleys, leading to the formation of dangerous damned lakes, since the river water has nowhere to go.’

Judic has been working closely with the community of Shimshal, a village downstream of this enormous glacier, in the Gilgit-Baltistan district of Pakistan. The Khurdopin glacier surged most recently in 2017-18, damming the Vijerab River and forming a sizable lake.

‘These lakes can reach colossal sizes, in excess of 1,000 Olympic sized swimming pools,’ he says, ‘Eventually something is going to happen.’

The weight of the water exerts a huge amount of pressure on the glacier – until it breaks and the water is released downhill at speed, causing widespread flooding. These are called glacial lake outburst floods (GLOFs), or ‘mountain tsunamis’.

In recent years flooding damaged bridges, farmland, and infrastructure, and left hundreds of people stranded in Shimshal. An estimated seven million people in northern Pakistan are at risk of glacial lake outburst floods.

The Karakorum Anomaly Project, led by Judic, has documented these glacial changes as a means to predicting their future behaviour.  Using high-resolution Planet and Landsat satellite imagery the team have measured glacier volume changes and calculated ice-flow velocities in order to assess surges and the formation of lakes.

Their research points to a 20-year pattern of flooding. Most physical assets in Shimshal, such as the main roads, the school the clinic, the power source and the irrigation canals are highly vulnerable to these floods.

The research findings have been shared with the wider community at risk to support them to lobby decision makers to invest in disaster risk reduction.

‘What we also found out,’ Judic says, ‘is that intangible assets such the community spirit and religion are very strong. Things such as the call the prayer enables the community to come together irrespective of their age or sex and they can respond quite effectively to disasters.’

The community also have a history lighting small fires on mountainsides to work as beacons and warn villagers of imminent floods.

What the community needs now is an adequate flood early warning system that will provide timely hazard information and allow the community to move from disaster management to risk management.

The upcoming third phase of the Karakorum Anomaly Project aims to do just this. And by working with the community and engaging local disaster management authorities, they hope to ensure that community-based action is prioritised, and the voice of the community is heard.

Sergiu Jiduc is a trained environmental geoscientist and sustainability specialist. Since 2012, he has been designing and coordinating environmental research and consultancy style project delivery on four continents across water resources management, energy resilience and access, disaster risk management, food security, climate change international policy and green finance. He is also a Fellow of the Royal Geographical Society and a National Geographic Explorer.