Muliagatele Filomena Nelson: “There are seats at the climate table for Pacific women”

Muliagatele Filomena Nelson is the Climate Change Adaptation Advisor at the Secretariat of the Pacific Regional Environment Programme. She helps Pacific women become active participants in the process of international climate negotiations.

She says government ministries and partners were doing their own thing without talking to people in the communities affected by and exposed to these events. Most of all, she says, there “was no shared vision for disaster response.”

Filomena says most of the focus was on cyclone response, due to previous cyclones that devastated the country.  She worked to build the national disaster management office to expand the definition of disasters. The goal was to establish an agency that could reduce risks by connecting accessible scientific data with communities that are exposed and vulnerable to hazards.

When the Disaster Management Act was passed in 2007, Filomena saw a gap in the early warning system. “Hazards were ranked and some communities were known to be highly vulnerable to tsunamis,” she says. “My job was to improve the early warning system. The goal was to get communities involved by running nationwide emergency evacuation drills.”   The warning system they developed used a combination of alerts with established channels like mobile phones. It also included traditional knowledge and used church bells as tsunami alarms. “We have a lot of churches in Samoa, and we combined that into the early warning system for tsunamis.”    When she began, Filomena says she was criticized when she spoke to church leaders. “People said to me. “You do not have faith. Why do you want to do this? People have jobs and school and don’t have time to participate in your emergency drills.”

"As a woman, when you are trying to explain yourself or bring a new idea, you expect to get push back from men.”

In the drills, people were required to evacuate from coastal areas and to go to designated evacuation sites inland. Before the evacuation drills, very few people even knew what a tsunami was. “‘Tsunami’ is not a Samoan word and people think `’What is that?’ We had to translate what that means or what it might look like.”

“When Samoa experienced a tsunami in 2009, people then said ‘thank you for the work you did that prepared everyone’.”

Filomena says it was not easy to be involved in disaster risk reduction because it was dominated by men. “The heads of the police and the fire service were all men,” she recalls. “They said: ‘The system worked back in the day, and we do not need a new warning system.’ As a woman, when you are trying to explain yourself or bring a new idea, you expect to get push back from men.”

“It is great to see the changes,” Filomena says. “There are a lot of women collaborating in the leadership space within government agencies and in civil society. We need to provide the space for women to work in disaster risk management and climate change, and to get encouragement, empowerment, and training so they have the knowledge and tools to become even more impactful.”

The office, where Filomena now works at the Pacific Community, is working on risk reduction and risk assessment, unpacking the findings from assessments to inform policy responses. As an example, Filomena says they support the Land Transport Unit, which handles road-related design and construction to make risk-informed decisions.

“It’s about putting more emphasis on environmental and social safeguards and ensuring they are integrated into designs and through construction and maintenance of the road networks.”
“It is great to see the changes. There are a lot of women collaborating in the leadership space within government agencies and in civil society".

She says over the past four decades, most roads in the region were designed and built without considering disaster or climate risks. “We push to make sure that these risks are taken into consideration because we are seeing a lot more intense impacts of disasters and climate change in the Pacific.”

Filomena says her ultimate goal is to equip more Pacific women negotiators with the skills to actively participate in UNFCCC climate negotiations. “It is important that women know there is space provided for them,” she says. “In the UNFCCC process, there is a training program for new negotiators and especially women negotiators. There is a pool of resources and technical expertise to build up emerging women negotiators in the process. There are seats at the climate table for Pacific women.”

Muliagatele Filomena Nelson is the Climate Change Adaptation Advisor at the Secretariat of the Pacific Regional Environment Programme. She helps Pacific women become active participants in the process of international climate negotiations. 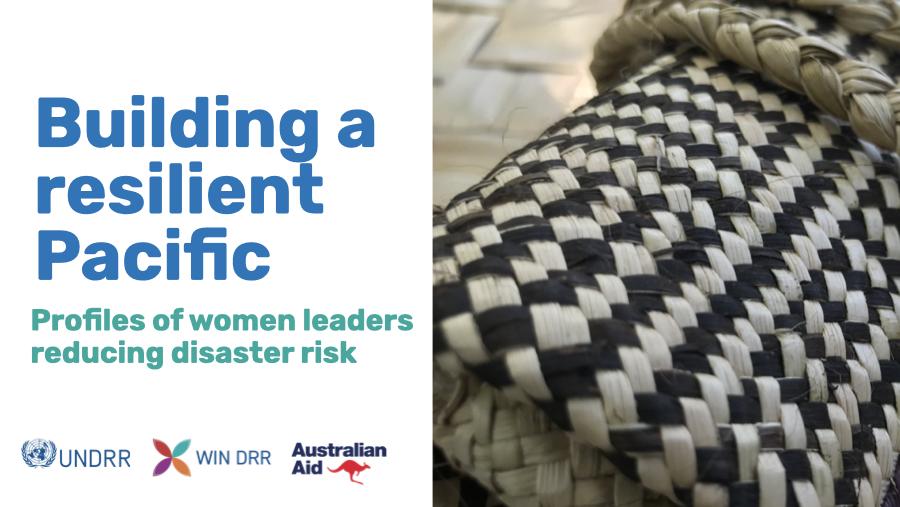