Esline Garaebiti: “If you understand the risk, then you can understand how to cope with it” 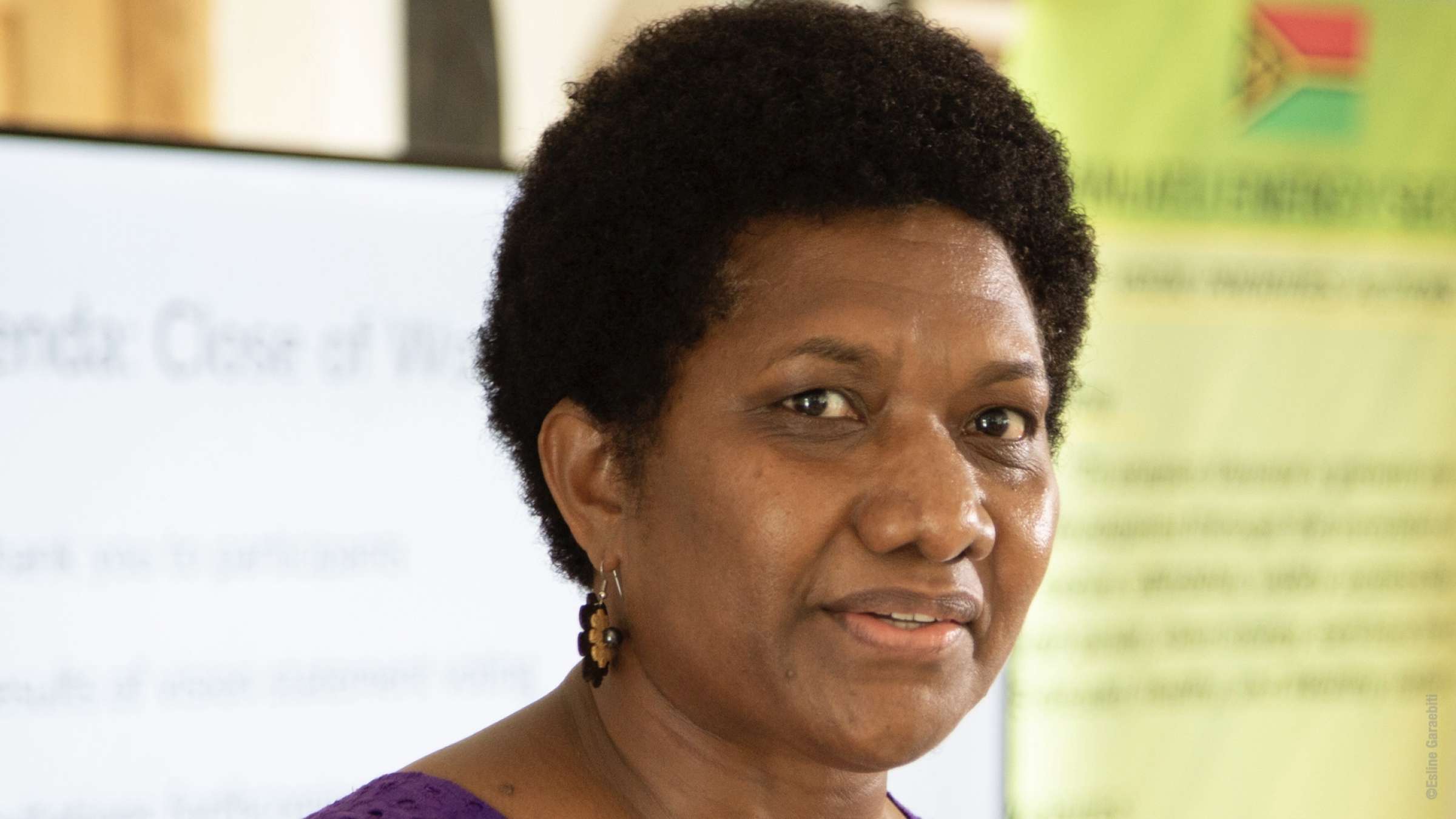 “If you understand the risk, then you can understand how to cope with it,” Esline says. “But if you do not understand, it is going to be hard - slowly you see the impact, but you don’t know how to deal with it."

Esline has spent most of her career improving early warning systems. In her previous role, working as Geo-Hazards Manager for Vanuatu, she established the Oceania regional seismic network (ORSNET) between Vanuatu, New Caledonia, Solomon Islands, Papua New Guinea, Tonga and Samoa to improve the tsunami detection system in the region.

“Now we can detect an earthquake quickly, one minute after the occurrence,” she says. “In the past it was 15 to 20 minutes before we detected the location.”

This rapid detection means tsunami warnings are sent out faster, which enables those who may be in a tsunami’s path to get to higher ground.

In her current role (as the Director General of the Ministry of Climate Change Adaptation, Meteorology, Geo-Hazards, Environment, Energy and Disaster Management), Esline and her team have worked to establish committees at the community level that reflect the diversity of the community. “We are training people on how to identify their own gaps and their own needs,” Esline says. “They can identify what they understand about disaster risk in their own communities.”

Esline understands the importance of local, community-led solutions, “we need to encourage them to build capacity in their community.”

Esline cites an example of collaboration with the Department of Agriculture, who have identified varieties of crops that will be resilient to climate change impacts. “We go out to communities and teach new techniques to enhance food security. The Ministry of Agriculture distributes seeds to drought resistant crops.”

She says women are improving the way disasters and climate change are managed in Vanuatu. “Women can be leaders, wherever they are starting from. They can one day become Minister for climate change or disaster risk. They can contribute to decision-making at every level.”

Esline Garaebiti is the Director General of the Ministry of Climate Change Adaptation, Meteorology, Geo-Hazards, Environment, Energy and Disaster Management in Vanuatu. She is the winner of the WIN DRR Leadership Awards for Excellence for 2022.