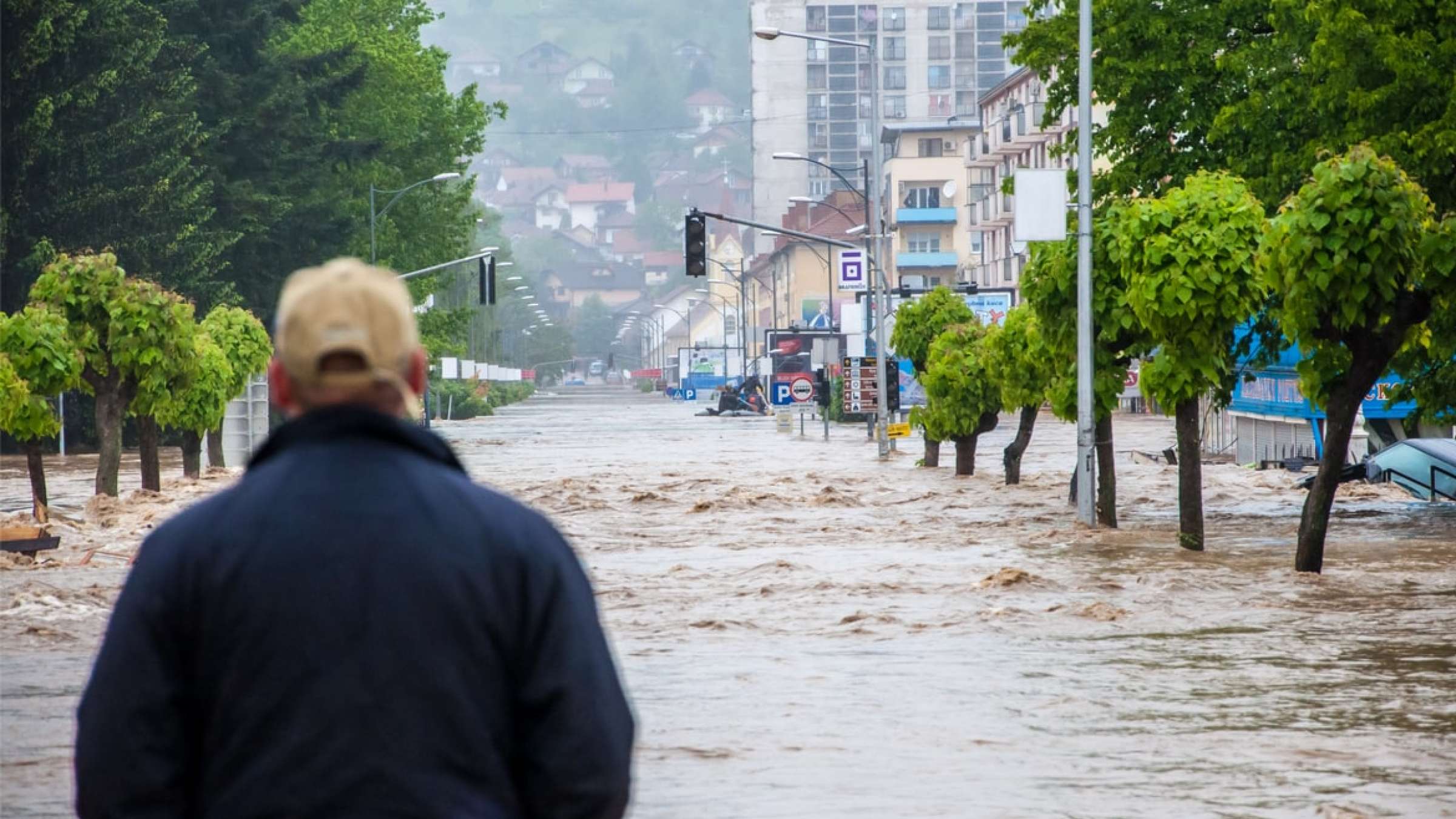 In February 2012, the entire Central Bosnia Canton area was affected by heavy snowfall and extremely low temperatures (the coldest month since 1956). The snowfall was so intense that it quickly blocked road communications in all municipalities of the Canton. The height of snow recorded in the mountainous area was between 70 and 250 cm. Snow and low temperatures, which reached -230C, resulted in heavy damage to buildings and agricultural infrastructure, especially to greenhouses and auxiliary facilities-barns and plantations of raspberries, strawberries, and blueberries. This situation led the government to declare state of  emergency in three municipalities (Gornji Vakuf-Uskoplje, Fojnica and Kreševo).

Two years later, in May 2014, Bosnia and Herzegovina was hit by the most significant floods since the systematic measurement of hydrometeorological processes was introduced in 1892. Intense rainfall led to large river overflows that exceeded the return period of 500 years and caused enormous material damage and landslides. Te floods affected most of the municipalities in the Central Bosnia Canton. While there were no human casualties, the disaster caused 4.7  million euros in damages and affected around 4500 of people..

In February 2019, due to heavy rainfall, once again the floods hit most of the Central Bosnia Canton, affecting 2000  of people. The recovery cost amounted to around 3  million euros.

The climate crisis  is driving the intensity and frequency of disasters such as floods, landslides,  and droughts.

Recognizing the urgent need for climate change adaptation measures, representatives of Central Bosnia Canton initiated different projects and activities to build up the capacities of local communities, increase resilience, and reduce the impact of disasters in this Canton.

From 2015 to 2020, with the support from the United Nations Development Program (UNDP), the Global Fund and Civil Protection of the Federation of BiH, a project called "Integrating Climate Change into Flood Risk Reduction in the Vrbas[1] Basin" was launched. It included municipalities along the Vrbas River Basin, Republika Srpska, Gornji Vakuf-Uskoplje Bugojno, Donji Vakuf and Jajce. During the five years of the programme, several significant milestones were achieved. For example, an automatic hydrometric monitoring network was established in the Vrbas Basin. As a result, this has become the first basin in Bosnia and Herzegovina with sufficient hydrometeorological network coverage, centralising data collection and processing. The current network consists of seven hydrological, two meteorological and 20 precipitation stations.

Furthermore, the project contributed to the technical upgrade of the civil projection services, by equipping them with radio stations and digital sirens. In addition, a transmitter has been assigned to the Cantonal Civil Protection Administration, which has significantly improved the early warning system for impending flood events. Within its scope, new hazard maps and flood risk maps as well as flood protection and rescue plans have been developed and submitted to agencies and municipalities.

The work on building stronger and more resilient communities continues today. Local authorities carry out different activities to increase capacity-building and adaptation to the challenges posed by climate change. One of the most significant o achievements of the past years was the adoption of the ""Strategy of Development of the Central Bosnia Canton 2021-2027"", with three strategic goals, representing the basis for determining priorities and measures, as well as further steps of development planning in the Central Bosnia Canton:

In addition, the Canton started the work on updating the Risk and vulnerability assessment of the Central Bosnia Canton to natural and other disasters and developing the Strategy for the Development of Civil Protection. Another lesson learned from past disasters, was the importance of partnerships with communities in order to respond and recover from disasters. Thus, the government of the Canton conducted activities aimed at identifying potential public-private partnership projects in 2021-2023.

This year, Central Bosnia Canton joined the Making Cities Resilient 2030 (MCR2030) initiative in hope that we will be able to share our experiences (both positive and negative) with others and gain new knowledge and skills, new mechanisms and tools that can help the canton address disaster risk. MCR2030 will provide an excellent platform for collaboration with others, both colleagues from the region and international organisations.