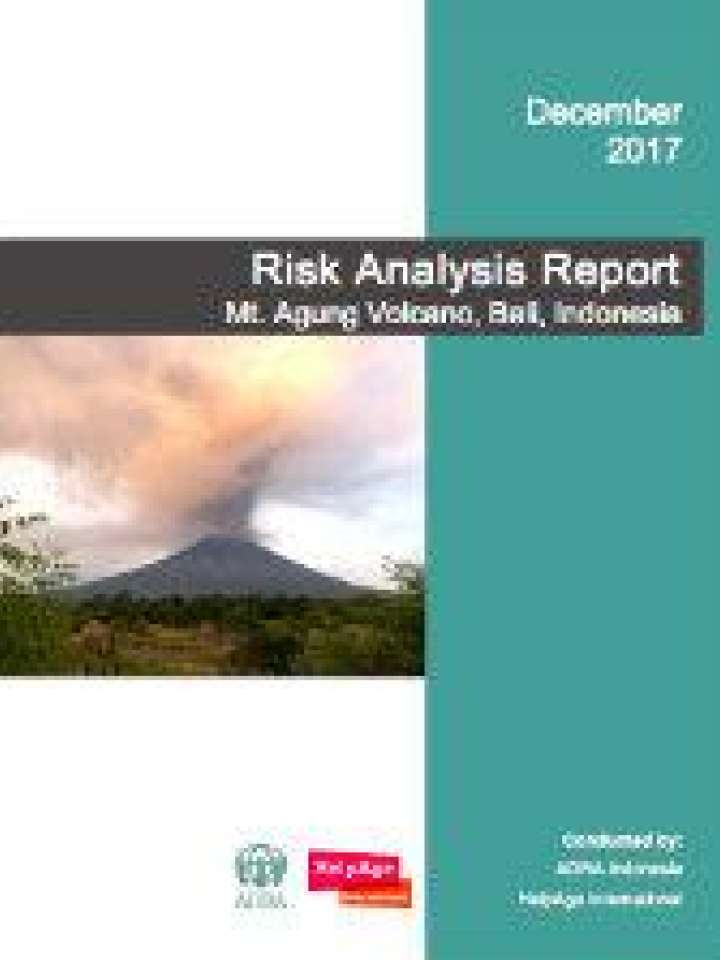 This report outlines an assessment conducted by ADRA Indonesia and HelpAge International from 17–20 December in Bali, Indonesia, to identify the impact of the Mt. Agung eruption on surrounding communities and project what the impact would likely be if an eruption similar to 1963 occurred.

The latest eruption of Mt. Agung started in early August 2017. This has resulted in explosive eruptions, pyroclastic flows, lahars and lava flows, with about 70,000 persons currently displaced at evacuation centres. Experts are not willing to predict how long or large this current eruption will be. The eruptions to date have not been as large as the 1963 one. It is estimated that if an eruption the size of 1963 occurred there could be as many as 180,000 IDPs. Based on the current assessed needs of IDPs, priority needs are likely to include shelter, food security, NFIs especially bedding, protection for women and girls, education and livelihoods support.