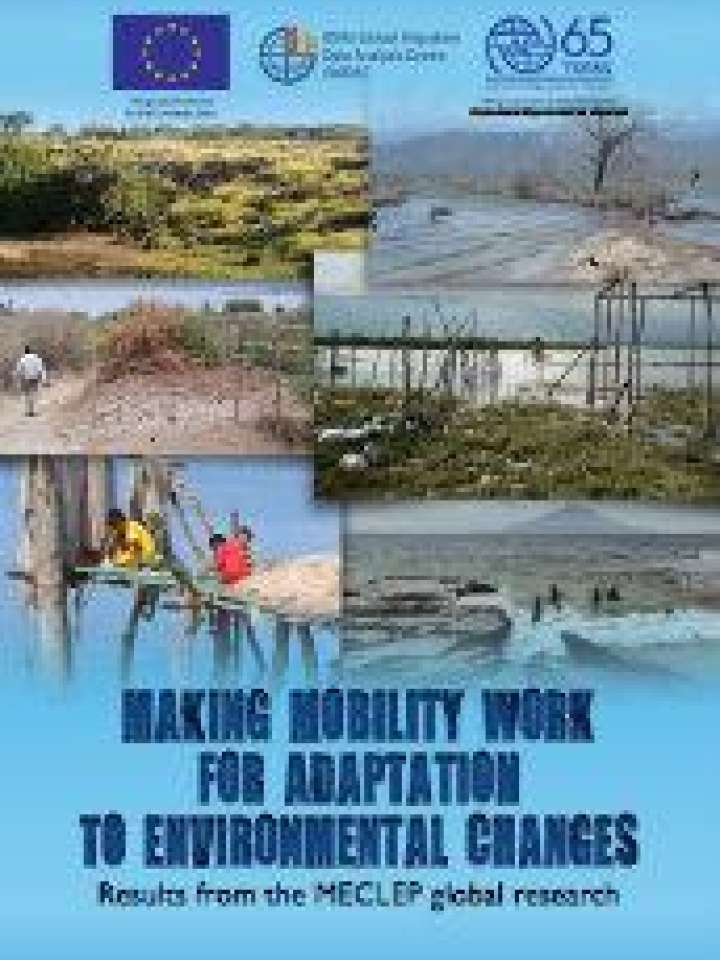 This report is the final publication of the European Union–funded Migration, Environment and Climate Change: Evidence for Policy (MECLEP) project. The comparative report builds on desk reviews, household surveys and qualitative interviews conducted in the six project countries (Dominican Republic, Haiti, Kenya, Republic of Mauritius, Papua New Guinea and Viet Nam) to assess the extent to which migration, including displacement and planned relocation, can benefit or undermine adaptation to environmental and climate change. Despite the different social and environmental contexts of the six studied countries, migration serves as an adaptation strategy as it often helps migrant households to diversify income and increase their preparedness for future hazards. Conversely, displacement due to natural hazards tends to pose challenges to adaptation as it increases the vulnerability of those displaced. Finally, planned relocation can both represent a successful adaptation strategy and expose the affected population to new vulnerabilities.

In this regard, the report highlights the importance of sharing examples of good practices for locally driven and rights-based planned relocations. Other important policy implications include the need for the following:

In general, the report demonstrates how data and evidence are fundamental in formulating comprehensive policy responses and facilitating the potential positive effects of environmental migration.