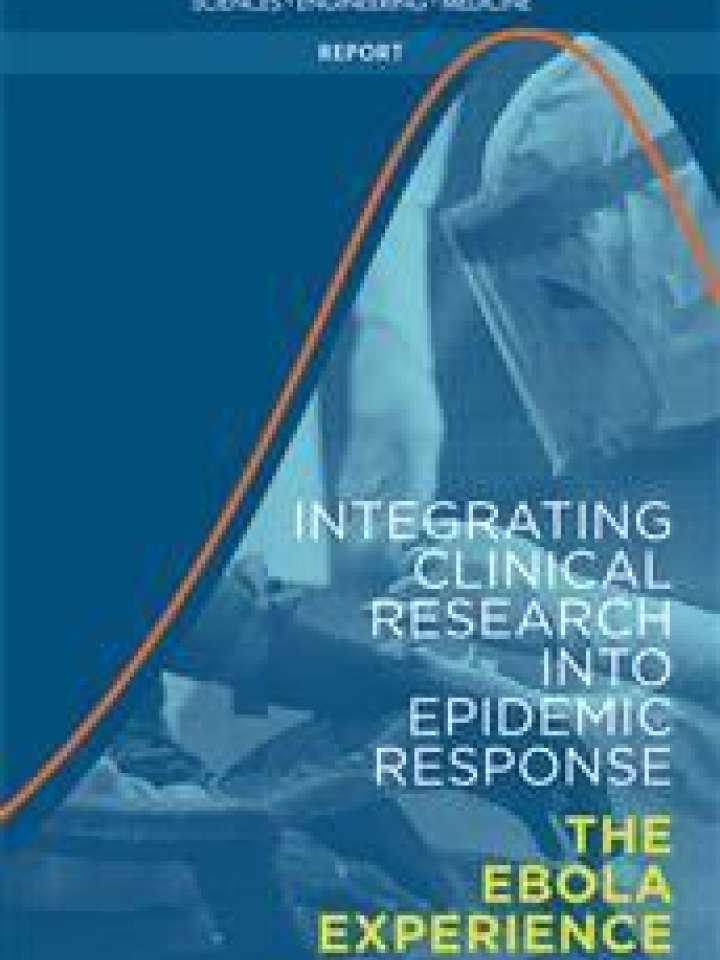 The 2014–2015 Ebola epidemic in western Africa was the longest and most deadly Ebola epidemic in history, resulting in 28,616 cases and 11,310 deaths in Guinea, Liberia, and Sierra Leone. The Ebola virus has been known since 1976, when two separate outbreaks were identified in the Democratic Republic of Congo (then Zaire) and South Sudan (then Sudan). However, because all Ebola outbreaks prior to that in West Africa in 2014–2015 were relatively isolated and of short duration, little was known about how to best manage patients to improve survival, and there were no approved therapeutics or vaccines. When the World Heath Organization declared the 2014-2015 epidemic a public health emergency of international concern in August 2014, several teams began conducting formal clinical trials in the Ebola affected countries during the outbreak.

Integrating Clinical Research into Epidemic Response: The Ebola Experience assesses the value of the clinical trials held during the 2014–2015 epidemic and makes recommendations about how the conduct of trials could be improved in the context of a future international emerging or re-emerging infectious disease events.