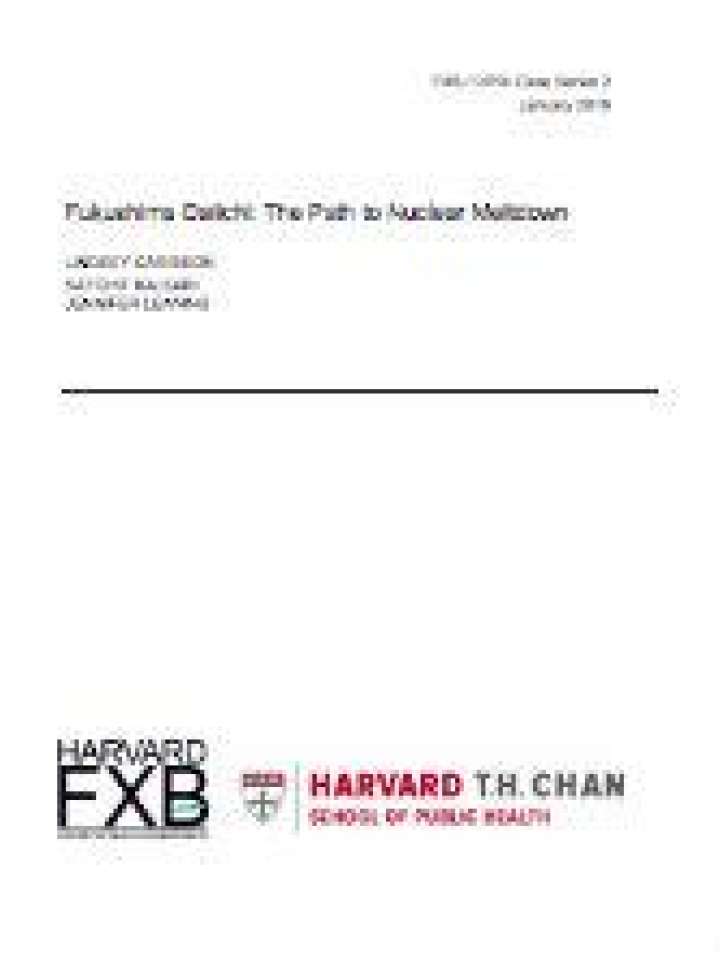 This educational case study focuses on the 2011 Fukushima nuclear accident in Japan and consists of a case document and accompanying video.

On March 11, 2011, Japan suffered an unprecedented triple disaster. A 9.0 M earthquake occurred off the northeastern coast of Japan, triggering a large tsunami that rose to a height of over 30 meters, and traveled as far as 10 kilometers inland. The earthquake and tsunami damaged Japan’s oldest nuclear power plant, setting off a chain of events culminating in a nuclear accident.

The triple disaster resulted in over 15,000 deaths, explosions at the Fukushima Daiichi Nuclear Power Station (NPS), expulsion of radioactive material into the air, and release of contaminated water into the ocean. The investigations that followed unearthed regulatory lapses, counter-productive decision-making hierarchies, and a culture of complacence and collusion.

The video is divided into different sessions, including the background, description of the nuclear reactors, early warning systems, evacuation strategies, policy recommendations as well as the long term effects and global impact of the disaster. You will be asked to evaluate the current level of safety and nuclear disaster contingency plans for citizens of Hong Kong in the last session of the video.