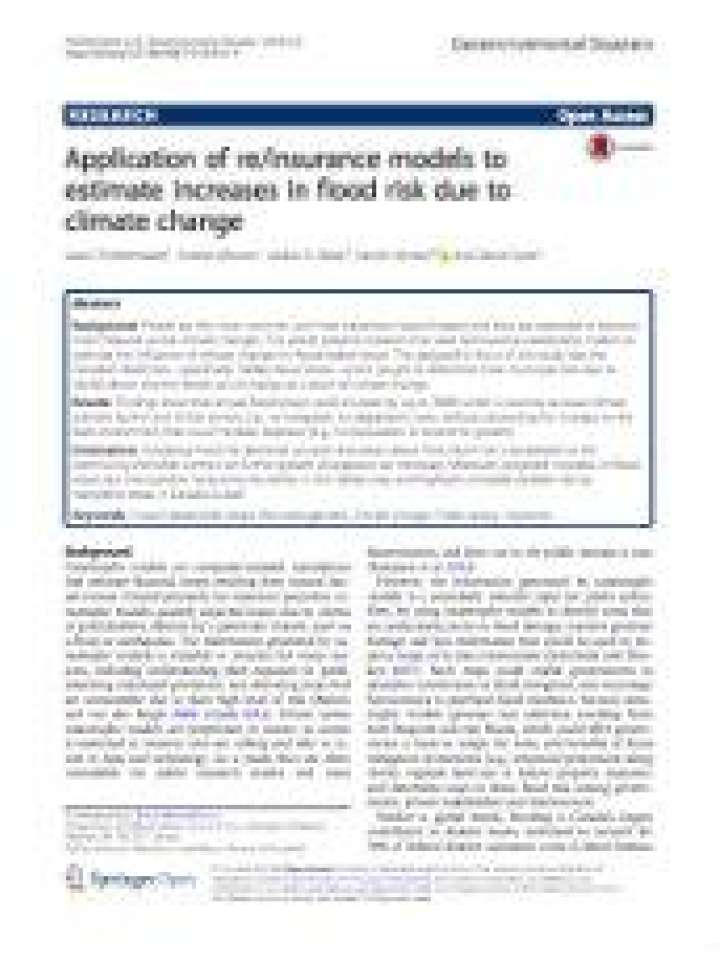 Floods are the most common and most expensive natural hazard, and they are expected to become more frequent as the climate changes. This article presents research that used re/insurance catastrophe models to estimate the influence of climate change on flood-related losses. The geographic focus of the study was the Canadian Maritimes—specifically Halifax, Nova Scotia—and it sought to determine how municipal risks due to rainfall-driven riverine floods could change as a result of climate change.

Findings show that annual flood losses could increase by up to 300% under a business-as-usual climate scenario by the end of the century (i.e., no mitigation or adaptation), even without accounting for changes to the built environment that could increase exposure (e.g., no population or economic growth).

Increasing flood risk demands an open discussion about how much risk is acceptable to the community and what controls on further growth of exposure are necessary. Moreover, projected increases in flood losses put into question long-term insurability in the Halifax area, and highlight a broader problem facing manyother areas in Canada as well.