Tropical cyclones — known as typhoons in the Pacific and as hurricanes in the Atlantic — are fierce, complex storm systems that cause loss of human life and billions of dollars in damage every year. For decades, scientists have studied each storm, striving to understand the system yet unable to fully measure every intricate variable. Now, the convergence of new observational tools and the launch of an inclusive database may elucidate the innerworkings of tropical cyclones in the Western North Pacific and South China Sea.

Three papers were published in the latest issue of Advances in Atmospheric Science (AAS). One paper, led by the Chinese Meteorological Administration (CMA), focuses on a new tropical cyclone database, and the other two, led by The Petrel Meteorological Observation Experiment Project (Petrel Project) of the CMA, and the Institute of Atmospheric Physics at the Chinese Academy of Sciences respectively, reports an extensive marine observing experiment based on unmanned vehicles.

With eight separate datasets, including one compiled by the CMA with measurements dating to 1949, the database comprises historical or real-time locations, intensity, dynamic and thermal structures, wind strengths, precipitation amounts, frequency and more, according to LU.

Tropical cyclone datasets from multiple sources were previously compiled as resources for forecasters and researchers in 2017, and 2019.

"These resources have played an important role in revealing tropical cyclone climatic rules in the western north Pacific and the South China Sea, allowing researcher to search for impact factors with physical significance and finally establish an operational prediction scheme," LU said. "We hope that this database will be used for the application of new technologies, such as artificial intelligence, in a wide range of disciplines."

Developing technology will soon contribute to the database. The first three-dimensional observational data of a tropical cyclone system was obtained by multiple unmanned vehicles in an experiment conducted by 12 institutions under the umbrella of the Petrel Project. A high-altitude large unmanned aerial vehicle (UAV) outfitted with measurement tools flew over Typhoon Sinlaku, a storm system that began at the end of July 2020 and dissipated on Aug. 3. At the same time, a solar-powered marine unmanned surface vehicle (USV) developed by the Institute of Atmospheric Physics actively navigated itself to the eye of the storm. The voyage of the USV is detailed in one of the three papers. Two buoys also took observational data during the storm.

"The data contain measurements of 21 oceanic and meteorological parameters acquired by the five devices, along with video footage from the UAV," said ZHANG Xuefen of the Meteorological Observation Center, CMA and first author of the Petrel Project paper. "The data proved very helpful in determining the actual location and intensity of Typhoon Sinlaku. The experiment demonstrates the feasibility of using a high-altitude, large UAV to fill in the gaps between operational meteorological observations of marine areas and typhoons near China, and it marks a milestone for the use of such data for analyzing the structure and impact of a typhoon in the South China Sea." 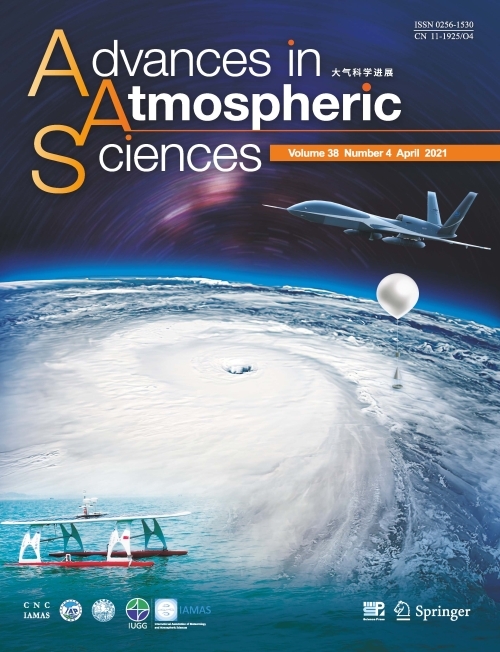 South China Sea Experiment 2020 of the "Petrel Project". The first three-dimensional observational data of a tropical cyclone system were obtained by multiple unmanned vehicles in an experiment conducted by 12 institutions under the umbrella of the Petrel Project. A high-altitude large unmanned aerial vehicle outfitted with measurement tools flew over Typhoon Sinlaku, a storm system that began at the end of July 2020 and dissipated on 3 August. (Image by AAS)

The improved ability to take detailed, real-time observational data will help researchers understand how tropical cyclones form and develop, according to ZHANG.

WMO launches SWIdget: Get severe weather warnings on tropical cyclones on your computer

Why the science of extreme weather attribution matters