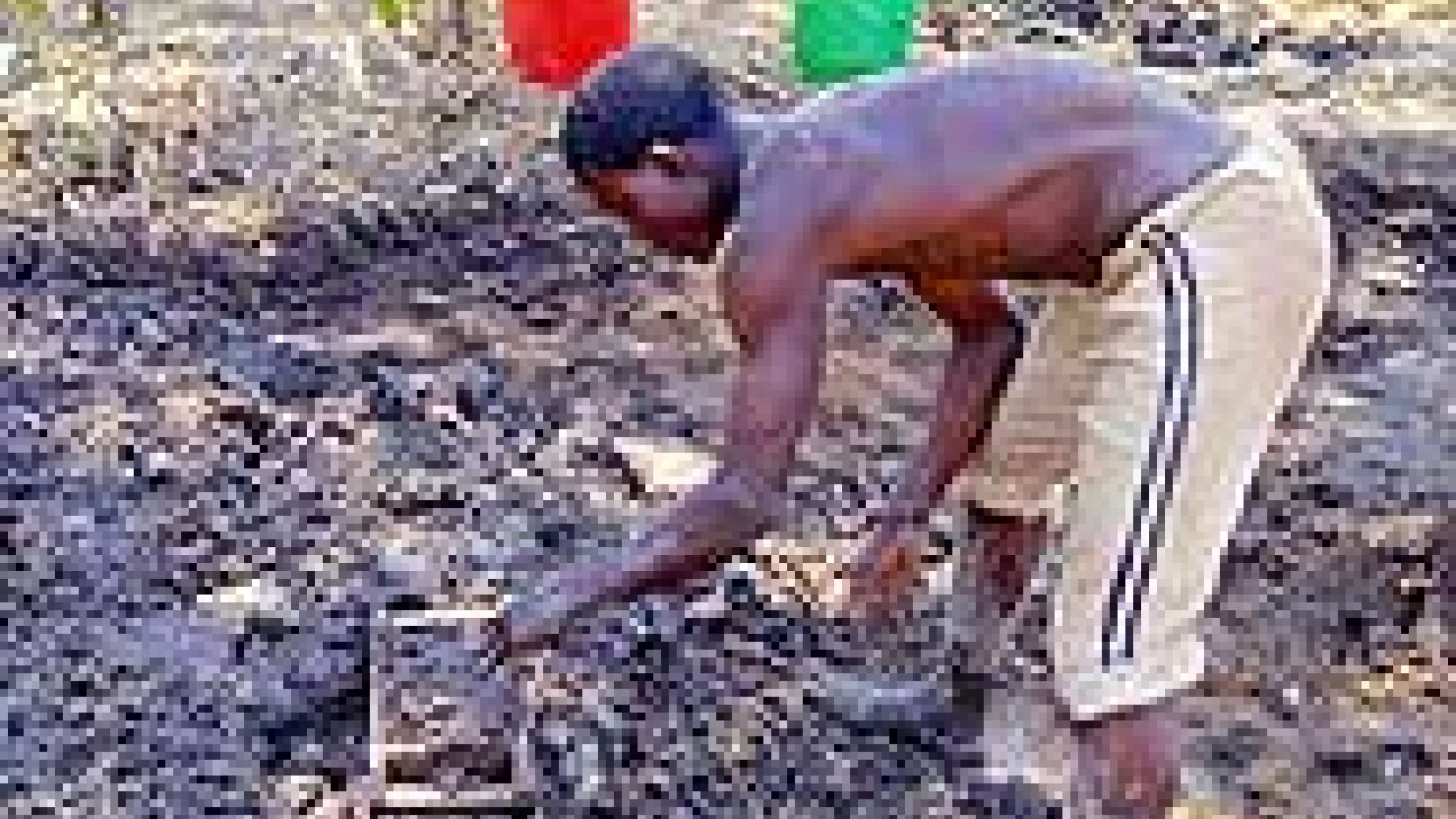 "Eish! Malawians are so used to handouts - it is hopeless!" remarked an aid worker, shaking his head. He is among those who endorse the common perception of Malawians with cap in hand. The government and some aid agencies are determined to banish this image by focusing on programmes to build resilience to shocks like food insecurity, droughts, floods and HIV/AIDS.

The country has received tens of millions in aid over the decades, but now initiatives are underway to make Malawians independent: a social cash-transfer project is being rolled out, and livelihood options are being provided to vulnerable households dependant on food aid.

Malawi is the world's 14th poorest country and is periodically hit by droughts, which are set to intensify as a result of climate change. Nearly 13 percent of the country's 7.3 million children have lost their parents or caregivers, many to HIV/AIDS.

Villagers on either side of a tributary of the Shire River in Mbenje, a traditional authority area in Nsanje, one of the poorest districts in Malawi, lose their crops every year when heavy rain swells the river.

This year is different; the rains have come and gone, the healthy maize crop on both banks stands nearly 3.5m high. "It is a miracle", said Petro Thole, headman of one of the villages in the area.

The miracle had been pulled off by the farmers, with help from the Irish NGO, GOAL, which has been working with Village and Area Civil Protection Committees and government disaster officials in at least 406 villages in the district to help them reduce disaster risks and mitigate impact.

The problem in Mbenje was that "so much silt had accumulated in the river bed over the years because of the erosion of the banks – when it rains the water level rises very quickly," said Richard Kautale, who works with GOAL's disaster preparedness section. The solution was to remove the silt from the river bed when it ran dry during the summer.

Mark Moses Goche, a government disaster preparedness official, said the difficulty was to motivate the villagers to dig out the silt, particularly in the lean season. "When there is no food in the stomachs of the people, it is difficult to get them to work voluntarily."

In the end, Thole added, "They knew it was for their own good." It took three months for a 25km stretch of the river bed to be cleared, but when the rains came at the end of 2008, the river did not burst its banks and drown the crops.

About 50 percent of the households in Nsanje district are vulnerable to flooding. In 2008 at least 2,915 households were displaced and more than 16,000 households lost their crops.

GOAL is also working to provide livelihood options, like bee-keeping, to vulnerable families in the district, such as those affected by HIV/AIDS and who are beneficiaries of a targeted feeding programme.

Efforts are also underway to get subsistence farmers to opt for more weather-hardy crops like soya beans, cassava and sweet potatoes. Jethro Chikafa, a farmer in a village about 100km north of the capital, Lilongwe, is among several hundred to benefit from the technical support being offered by the UN Food and Agriculture Organisation (FAO).

Cash transfers are now being cited by the humanitarian community as an important safety net to help communities build assets, which in turn increases resilience, an intervention that has been accepted by the Malawian government.

"Ultra-poor" families, who live on only one meal a day, are being assisted in a pilot social cash-transfer project run by the government in Mchinji, a district in western Malawi along the country's border with Zambia. By the end of 2008, 12,000 households, including 36,000 to 46,000 children, were benefiting from monthly transfers of between US$4 and $13, depending on the number of family members.

Fabiola Muzione, a single mother of three who is a subsistence farmer in Njeza village, in Mchinji District, said before she started receiving the cash transfer there were days when the family had to go without food. Now she has a small reserve of food, and has also built herself a new house made of bricks.


Namaseko Chimono, 65, a grandmother who takes care of four orphans, said she was now able to buy uniforms for the children, "so they don't get thrown out of the school anymore." She has also been able to rainproof her roof, "and we have food to eat, and I have used the money to buy fertilizer," she said, showing off her healthy crop of maize.

Harry Mwamlima, who heads the government's pilot social cash-transfer project, which receives technical support from the UN Children's Fund (UNICEF), said a plan to roll out the programme across the country was before the cabinet.

"The programme is funded by the Global Fund to Fight AIDS, Tuberculosis and Malaria at the moment; we hope the government will be able to fund it. It will cost only about $15 to $16 million, which only a tiny bit of the $200 million fertilizer subsidy programme," he said optimistically. "We are pioneering these efforts in our part of the world – we don't want our people to depend on aid again."