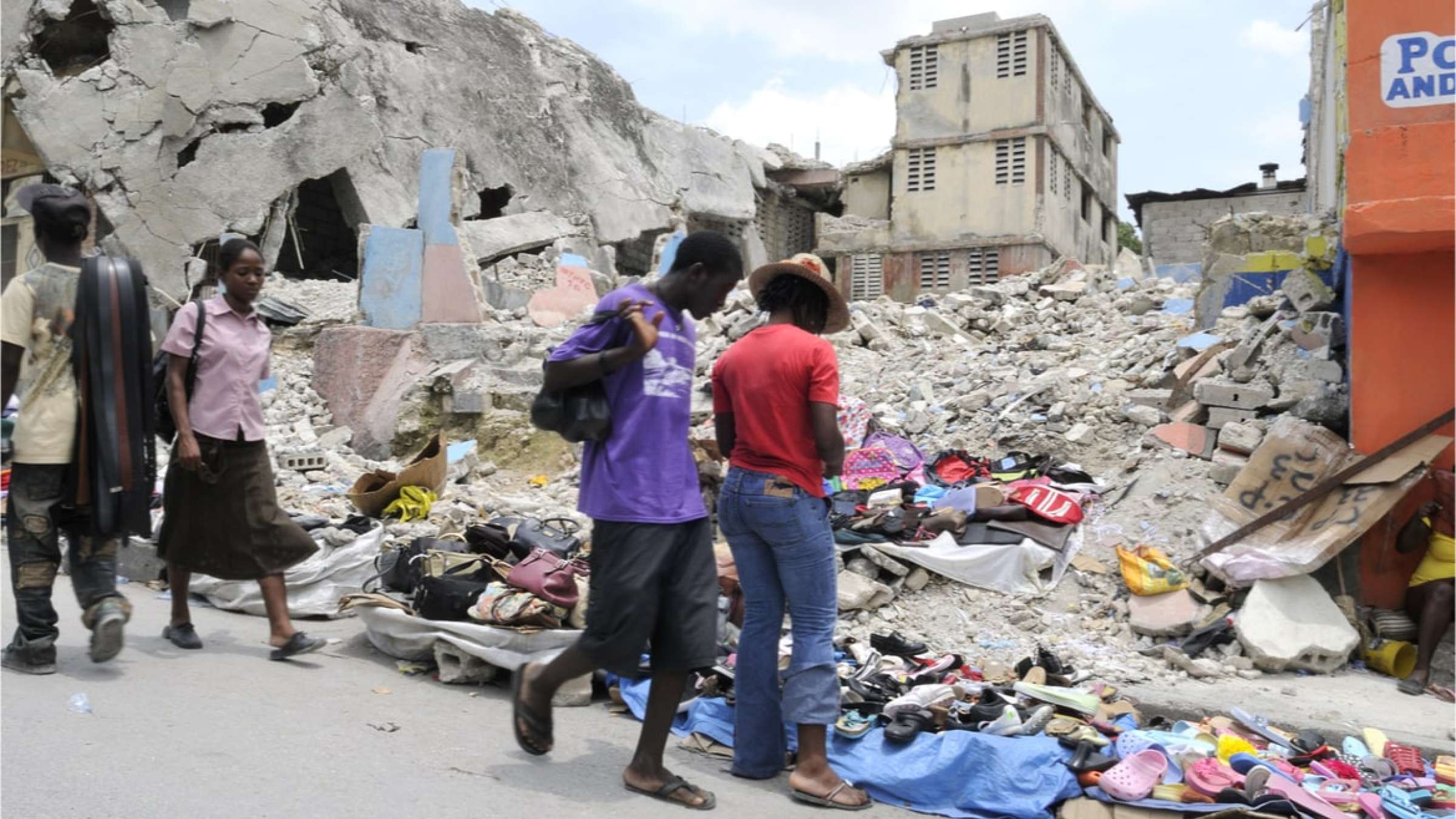 Earthquakes are notoriously hard to predict, and so too are the usually less-severe aftershocks that often follow a major seismic event.

Greg McLaskey ’05, associate professor of civil and environmental engineering in Cornell Engineering, and members of his research group model earthquakes in the Bovay Laboratory Complex, and have developed a method for mimicking the type of delayed seismic activity that follows an earthquake.

Using a hybrid sample that combines plastic blocks and powdered rock, McLaskey’s team studied delayed earthquake triggering in an effort to better understand the mechanisms of aftershocks and, ultimately, the forces that foreshadow a major earthquake.

Aftershocks can occur anywhere from a few hours to several years after a major seismic event and arise from complex and poorly understood triggering mechanisms. And since these events originate miles below the surface, direct measurement of the shifting rock is rarely possible.

“Even in the lab, it’s tough to study because they happen really quickly,” McLaskey said. “The earthquake is basically like a rupture, a crack that propagates through the Earth at 3 kilometers (1.8 miles) per second.”

McLaskey and his lab have modeled seismic activity on a relatively large scale – pressing a pair of 3-meter-long slabs of granite together with more than 2 million pounds of force, for example. But for this work, the model was scaled down considerably.

The team used plastic blocks approximately 2 ½ feet in length, with quartz dust in between the blocks to simulate the type of friction occurring between gargantuan tectonic plates 15 kilometers below the Earth’s surface.

“Quartz powder is basically like ground-up sand,” McLaskey said. “If you had granite grinding against itself, it would create something similar to that, so we think it’s pretty representative.”

Cebry and Ke experimented with a host of materials in order to find the right combination of plastic and rock dust that would produce aftershock-like activity, albeit on a much smaller scale. Cebry termed their formula “just the right amount of interesting” to be useful.

“The cool thing is, we were able to get one part of the sample to slip rapidly, radiate seismic waves, make a little earthquake, and then there’d be a delay,” McLaskey said. “And then the other end of the sample would rupture. It was kind of like an aftershock.”

“Creep fronts” – alluded to in the title of the paper – are the key, McLaskey said. These are sections of faults that slip super slowly and at different rates along the fault, but result in significant changes in the subsurface.

“In California, for example, there are a lot of faults where you see that maybe the sidewalk, after 10 years, has shifted a little bit, but there was no earthquake,” he said. “It was just creeping along.”

Instead of the subsurface rock sliding at a constant velocity, one part of the fault slips faster than another, McLaskey said, and the intersection between the faster and the slower slipping sections is moving. “The behavior of the rock on one side is migrating over to affect the behavior on the other side,” he said.

From their modeling, the group determined that the speed and strength of creep fronts are sensitive to fault stress levels from previous earthquakes. These might be measurable, and could serve as local stress meters that, someday, could help predict seismic events.

“Predicting earthquakes is still a long way off,” McLaskey said, “but with this work I think we have a better understanding of one key aspect of the physics.”

Other authors included David S. Kammer of the Institute for Building Materials, ETH Zürich, Switzerland; Chris Marone, professor of geophysics at Penn State; and Srisharan Shreedharan, a postdoctoral researcher at the University of Texas.

Funding for this research came from the National Science Foundation, the European Research Council and the U.S. Department of Energy.