Dzhergalbek Ukashev is an expert in the field of civil protection, disaster risk management, prevention and elimination of emergencies. Mr Ukashev is currently Director of the Center for Emergency Situations and Disaster Risk Reduction in Almaty, Kazakhstan. Previously, he served as a Chief of the Civil Defense Department of the city of Bishkek as well as Advisor to the Minister for Emergency Situations of Kyrgyz Republic. 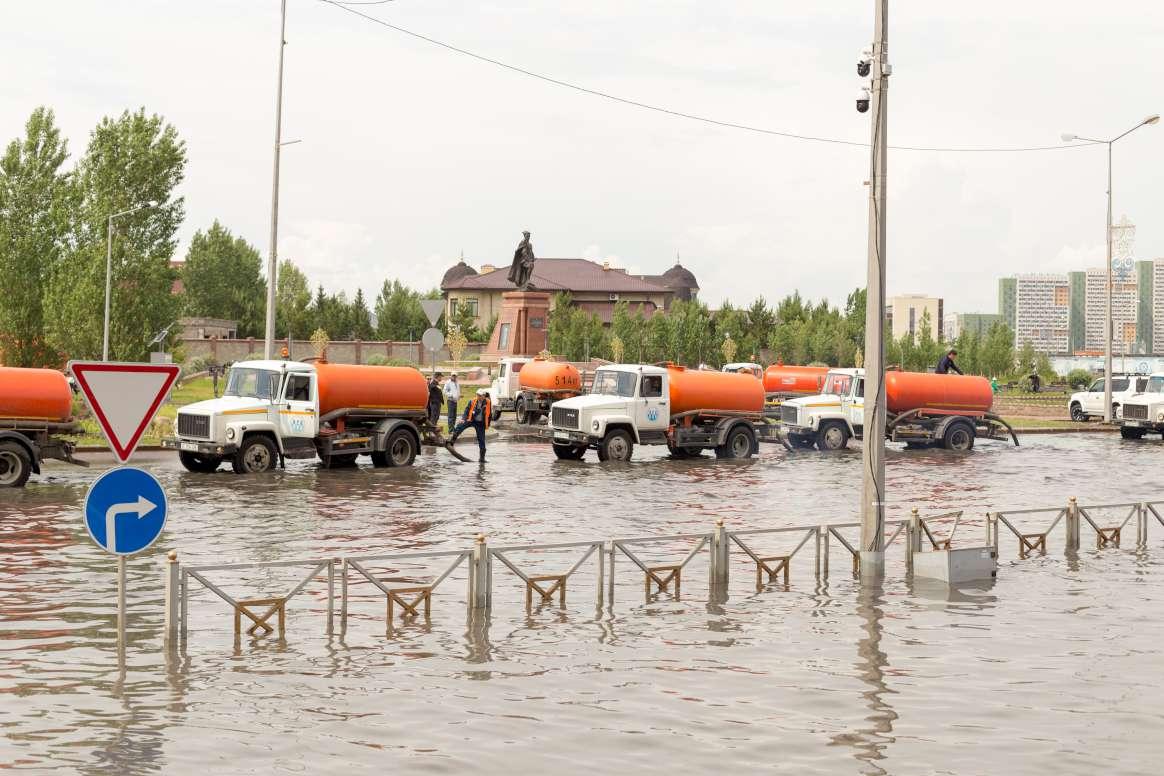 1. The Central Asian countries are among the most vulnerable to climate change. Which climate issues are most pressing in the region? How is climate change likely to affect the region in the future?

Indeed, countries of the Central Asian region are among the most vulnerable to climate change impacts. Studies indicate that air temperature in the Central Asian region rises slightly more on average than in other regions worldwide. If mitigation measures are not taken now, the air temperature may rise by another 4 °C by 2100. But the environment could already experience irreversible consequences with a temperature increase of 2 0C.

Intensified melting of snow and glaciers in mountainous combined with heavy precipitation, especially during the spring season, leads to an excess of water flow in river streams. This, in turn, causes mudflows and floods, which destroy destroying agricultural crops and harvests and impact local infrastructure, damaging bridges and washing away roads. With more than 60% of the population living in rural areas and working mostly in agricultural activities, affected households suffer significant financial losses.

As a result, climate change has wide-ranging impacts on livelihoods, including - infrastructure, agriculture and economy.

2. Which steps are countries in the region taking to adapt to the harmful effects of climate change?

The governments of Central Asian countries demonstrate readiness and commitment to join efforts to address climate change. Countries do recognize the importance of climate change, as well as the necessity of joint actions to tackle those issues.

All countries of the region are actively involved in the process with direct support provided by UN agencies, international donors and financial organizations that are working in the region. Across the region, several programs and projects focus on adaptation to climate change and mitigation of its consequences.

In January 2020, the Ministers of Foreign Affairs of Central Asian countries and Afghanistan signed another declaration on cooperation in the field of glacier protection, energy, biodiversity and agricultural management. This declaration was signed within the framework of the German Foreign Ministry's "Green Central Asia" initiative, which is in line with the Central Asia strategy adopted by the European Union in June 2019.

3. Can you give an example in of regional collaboration for adaptation and risk reduction?

The creation of our Regional Center for Emergency Response and Disaster Risk Reduction (The Center) is a good example of successful cooperation and coordination. The Center was established by the governments of the Republic of Kazakhstan and the Kyrgyz Republic and started its activities in 2016.  Since then, the Center has signed 24 Memorandums of Understandings and cooperation with UN agencies, international and non-governmental organizations, scientific and educational institutions. All program activities initiated by the centre in the field of disaster risk reduction, prevention and elimination of emergencies are implemented within the framework of the signed documents.

In addition to official status of the permanent intergovernmental body, the Center has been designated to perform as:

4. CESDRR is actively involved in implementing the UNDRR initiative “Strengthening Resilience in Central Asia”, funded by the European Union. How does this initiative support the region's adaptation to climate change and what else could the CESDRR do in this context?

As part of this initiative and with support of the UNDRR and the European Union, the Center is implementing activities aimed at strengthening regional and national capacities to monitor and coordinate the implementation of the Sendai Framework. Thus, the Center has organized and conducted training via videoconference on the Sendai Framework monitoring system for Disaster Risk Reduction in 2015-2030.

In order to strengthen regional cooperation on DRR, the Center plans to organize the next Regional Forum - meetings of the heads of emergency departments of Central Asian countries next year. The activities of the forum follow identified priorities and principles of the Sendai Framework for Disaster Risk Reduction for 2015-2030 and the Sustainable Development Goals for the period until 2030, taking into account the national priorities and legislation, as well as international obligations of the participating countries.

The outbreak of COVID–19 postponed the implementation of CESDRR activities to a later period. This includes organization and delivery of the Sendai Framework Regional Monitoring Training and final round of training on QGIS application for mapping.

The Center is exploring other unique opportunities to be involved in this context. The Center has prepared a project proposal on the integration of innovative technologies into emergency practices of CA countries, which we plan to submit for consideration to potential donors in order to receive financial and technical assistance. If successfully funded, the Center will have an opportunity to further strengthen the capacity of CA countries in disaster risk reduction and improve regional cooperation in adaptation to climate change.