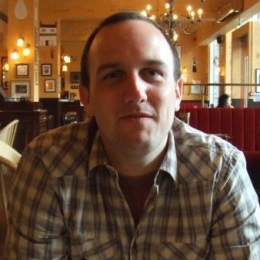 Kevin Blanchard is a Senior Environmental Scientist in Global Disaster Risk Reduction at Public Health England, where he supports its work on global disaster risk reduction research, policy and implementation. His focus is on advising and assisting with the development of policy, research and strategy at national and international levels to ensure the promotion of science and technology and public health within disaster risk reduction. He is also Communication Coordinator for the Gender and Disaster Network (www.gdnonline.org), an educational and advocacy project initiated by women and men interested in gender relations in disaster contexts.

The Sendai Framework for Disaster Risk Reduction 2015-2030 was agreed in 2015.  Since then the global disaster risk reduction community has been working to implement the framework using the now UN General Assembly adopted global targets and indicators building on the success of Sendai’s predecessor, the Hyogo Framework.

Recognising that health resilience is promoted throughout the Sendai Framework, the role of health professionals continues to play a key role in disaster risk reduction (DRR).  Indeed several of the seven global targets within the framework relate directly to health, including:

In order to meet these ambitious targets, DRR practitioners must use a variety of methods to ensure effective monitoring and measurement of their programmes.  One such tool at their disposal is the effective collection and analysis of data collected before, during and after disaster events.

The importance of data (including meta-data or ‘big-data’) has been recognised, and an open-ended intergovernmental expert working group was formed with stakeholders from Member States, NGOs, private sector and science and technology. The working group was tasked with defining the indicators and methods that would allow the measurement of the Framework's seven targets and its main goal - the substantial reduction of risk and losses due to disasters.

When deciding how to measure the impacts of health in disasters and how best to reduce mortality and those affected, a number of issues present themselves, namely:

A greater understanding of how these issues impact on data collection within disaster risk reduction is vitally important.  It impacts on how the data is analysed, the types of research and programmes which are funded, and the type of action taken on the ground by medics and other health professionals.  To that end, work has been ongoing on a number of projects that aim to build the DRR communities understanding of data and its uses within a health context, namely:

Given the strong call throughout the Global Platform for Disaster Risk Reduction in Cancun, Mexico (22 – 26 May 2017) for robust and transparent data collection and analysis, we’re certain that having the correct terminology and methods to collect data accurately and uniformly around the world will mean a more coordinated and focused health response.