Why does network governance fail in managing post-disaster conditions in the Philippines? 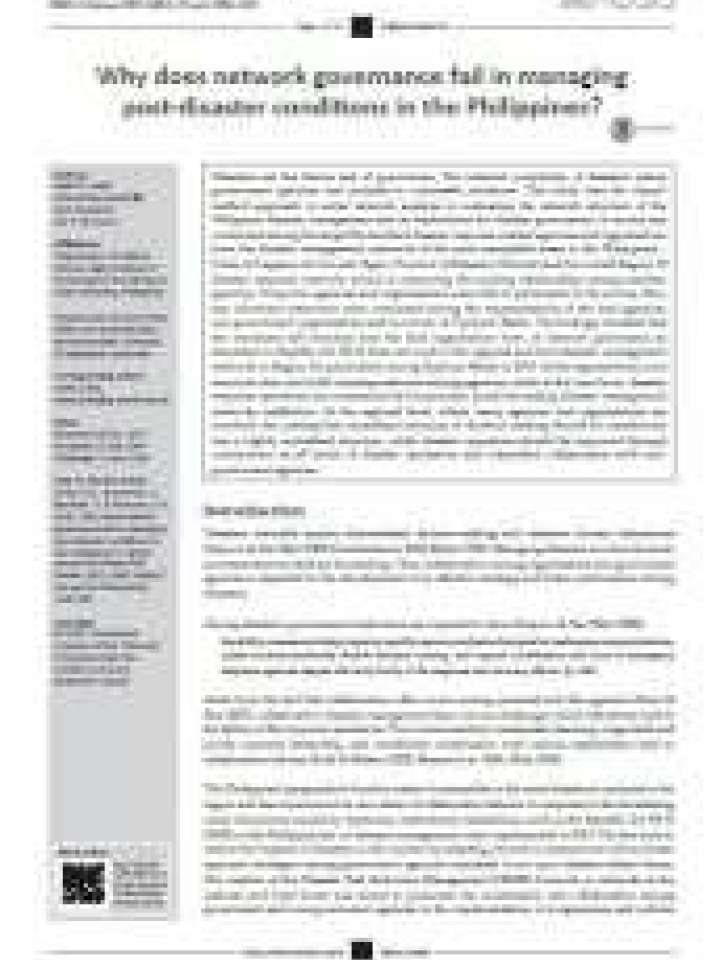 This study uses the mixed-method approach to social network analysis in evaluating the network structure of Philippine disaster management and its implications for disaster governance.

Disasters are the litmus test of governance. The inherent complexity of disasters places government agencies and societies in vulnerable situations.

A survey was conducted among the target 56 identified disaster response-related agencies and organisations from the disaster management networks of the most susceptible areas in the Philippines – Cities of Cagayan de Oro and Iligan, Province of Misamis Oriental and the overall Region 10 disaster response network, aimed at measuring the existing relationships among member agencies. Forty-four agencies and organisations were able to participate in the survey. Also, key informant interviews were conducted among the representatives of the lead agencies, non-government organisations and survivors of Typhoon Washi.

The findings revealed that the mandated tall structure and the lead organisation form of network governance as stipulated in Republic Act 10121 does not work in the regional and local disaster management networks in Region 10, particularly during Typhoon Washi in 2010. At the regional level, such structure does not build interdependencies among agencies, while at the local level, disaster response operations are constrained by bureaucratic protocols making disaster management networks ineffective. At the regional level, where many agencies and organisations are involved, the existing less centralised structure of decision-making should be transformed into a highly centralised structure, while disaster operations should be improved through coordination at all levels of disaster operations and intensified collaboration with non-government agencies.