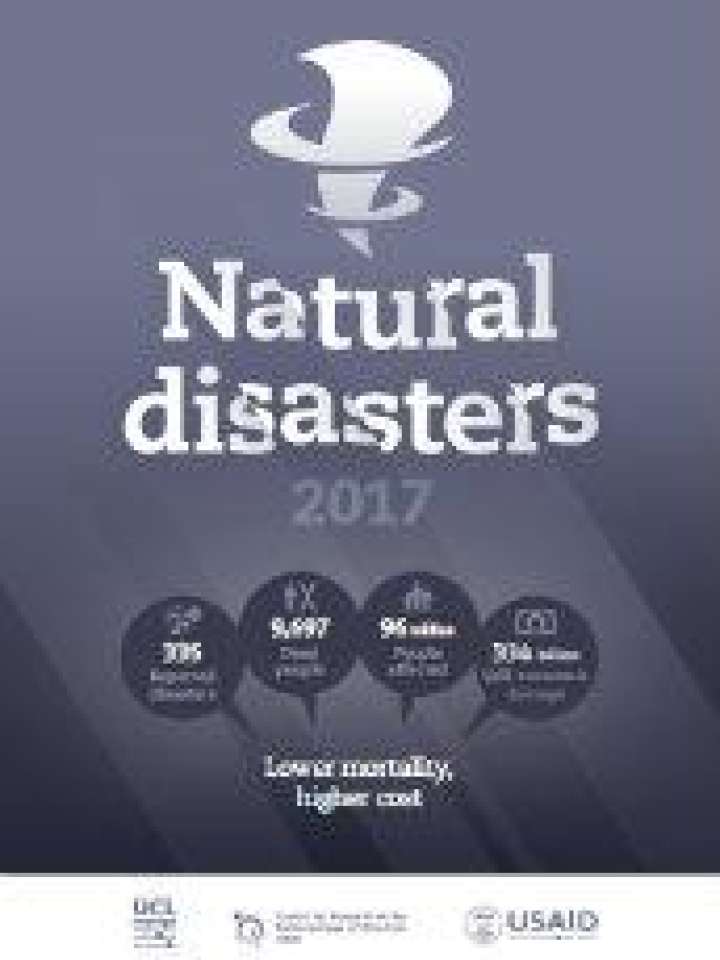 This report provides a comprehensive summary of disaster events, losses and fatalities due to disasters in 2017. In general, the data reported suggests an emerging trend in natural disaster events demonstrating lower mortality but higher cost.

In 2017, 335 natural disasters affected over 95.6 million people, killing an additional 9,697 and costing a total of US $335 billion. This burden was not shared equally, as Asia seemed to be the most vulnerable continent for floods and storms, with 44% of all disaster events, 58% of the total deaths, and 70% of the total people affected. Despite this, the Americas reported the highest economic losses, representing 88% of the total cost from 93 disasters. China, U.S., and India were the hardest hit countries in terms of occurrence with 25, 20, and 15 events respectively. Given the large land mass of each country, these results are not surprising.