Inclusive data on disaster displacement must include indigenous peoples 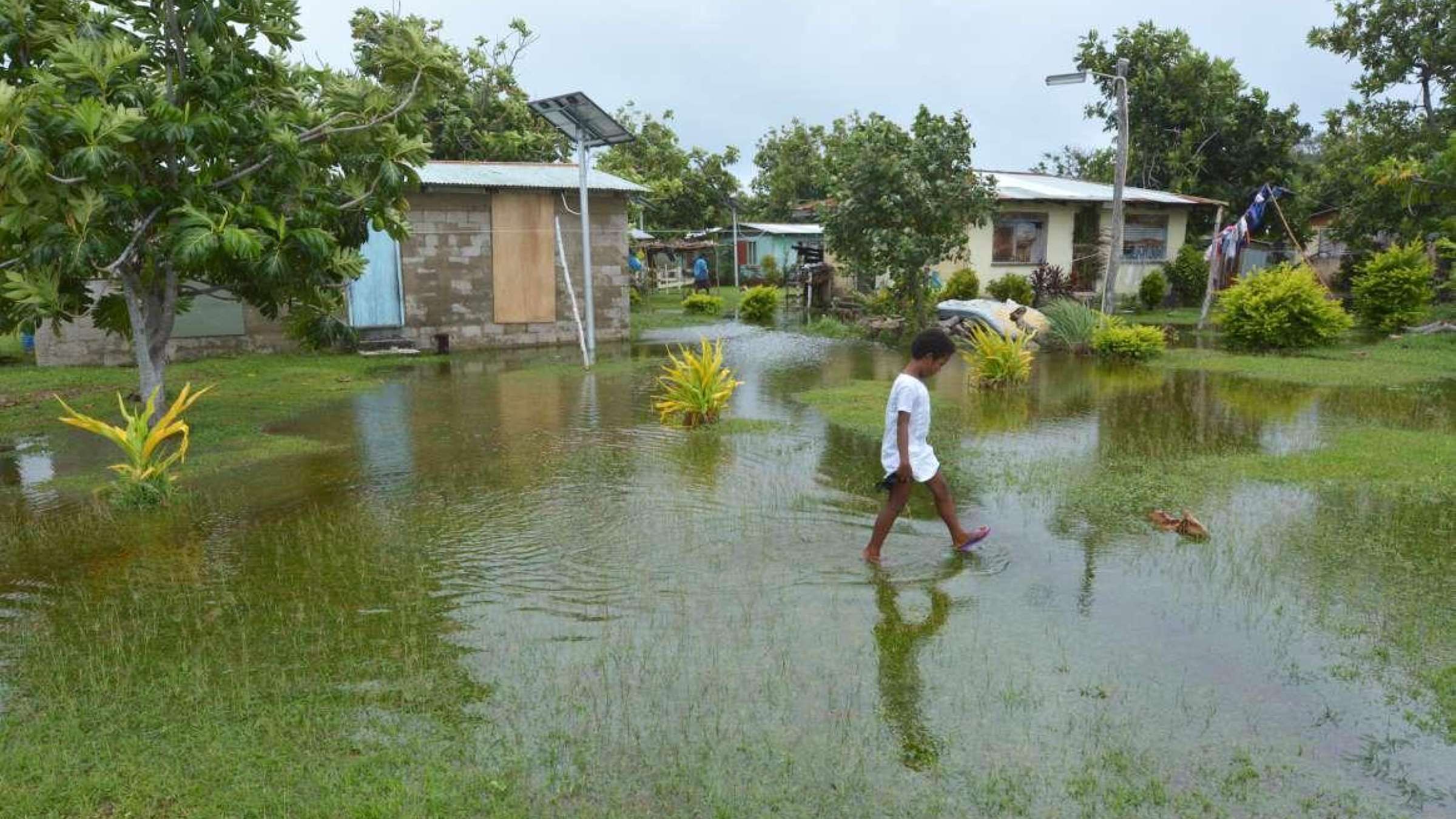 Many indigenous peoples reside in sensitive ecosystems and are heavily reliant on natural resources for their livelihoods and wellbeing.

Disasters caused by storms, wildfires, floods, earthquakes and other natural hazards triggered 24.9 million new displacements across 140 countries and territories around the world in 2019. This is equivalent to almost the entire population of Australia. Disaster displacement occurs in every country, and it can affect anyone: rich and poor, those living in urban centres as well as rural villages. Populations with underlying vulnerabilities, however, suffer the most.

In addition to the heightened threat posed by COVID-19, indigenous communities are among the groups most at risk of disaster displacement. While data on this remains scarce, anecdotal reports of indigenous peoples having to flee their homes or their land from disasters are well-known. Ahead of International Day of the World’s Indigenous Peoples, focusing this year on their resilience in the face of the pandemic, we explore the unique vulnerabilities, challenges and impacts for indigenous peoples when faced with disaster displacement.

Indigenous communities are more vulnerable to hazards and displacement

The  UN Declaration on the Rights of Indigenous Peoples (UNRIP) underscores the importance of self-identification, that indigenous peoples themselves define their own identity as indigenous. While there is no internationally recognised definition, it is estimated that there are at least 370 million indigenous persons living in the world today. Many reside in sensitive ecosystems, from the Arctic to the Andean mountains and Amazon, as well as deserts, riversides and coastlines, and are heavily reliant on natural resources for their livelihoods and wellbeing. Although representing six per cent of the world’s population, indigenous peoples account for about 15 percent of the world’s poorest people. In Latin America, studies have shown that indigenous populations are overwhelmingly poor, and the share of indigenous peoples in poverty has not seen improvement over the years.

These characteristics make indigenous communities vulnerable to disasters and the risk of displacement. The habitats they live in make them highly exposed to natural hazards, for example, they are among the first to face the effects of climate change. While the conditions and contexts differ from country to country, this is a growing issue for indigenous communities. It has resulted in complaints submitted to the UN system, including one in January 2020 by five US tribes in Alaska and Louisiana that specifically addresses internal displacement as a result of climate-related impacts.

Poverty is exacerbated by economic or political structures that often create marginalisation and discrimination for indigenous groups. For instance, in Australia, unemployment rates across all age groups are higher for indigenous than non-indigenous people, which leads to housing insecurity and low property ownership. This creates conditions where indigenous peoples may not have a home to return to or may face barriers to finding durable solutions following a disaster.

Disaster-induced displacement is often viewed as a temporary phenomenon, yet it can easily become protracted  when it’s not safe or possible to return and measures to relocate or locally integrate people are limited or absent. Displacement can pose specific challenges to indigenous communities in terms of how to access aid and resources, who is responsible for temporary evacuations, or what options there are for durable solutions through return, reintegration or resettlement, as described below.

Indigenous communities are often situated in isolated locations, which makes it challenging for authorities to respond and provide aid after a disaster. In the Philippines, many indigenous groups live in forested areas far from cities and supplies. Following Typhoon Haiyan in 2013, they were some of the worst hit communities. In Tagbanua, in the north of Palawan, almost all homes were totally or partially damaged. The destruction of boats meant people had to wait for two weeks before receiving aid.

Even in a high-income country like Canada, disaster displacement of indigenous communities is a multifaceted issue. While emergency management responsibilities are shared by various levels of governments and their partners, these communities lie at the intersection of multiple legal systems. Federal and provincial laws intersect with each other, as well as with indigenous laws, governance systems and traditions of the community. This creates a challenging situation, particularly for those who live on-reserve, as decisions to temporarily move require the consideration of local needs, provincial or territorial capacities, and federal resources.

Another factor that complicates the displacement of indigenous communities is a strong link to their territory. In addition to relying on lands and natural resources for their livelihood, their knowledge, traditions and culture are rooted to their territory. Moving away, temporarily or permanently, means losing a part of their identity, and indigenous communities may struggle to reproduce this in a different environment more than other displaced populations. Communities forced to leave their land by the effects of climate change may struggle to maintain their traditional governance structures, cultural practices or religious beliefs elsewhere, which can affect their wellbeing and result in depression, anxiety, and suicide.

Following a disaster, achieving a durable solution may also be difficult, due to issues such as conflicts over property ownership or land rights being put into question. In countries where ancestral lands are not recognised, properties may not be safeguarded. There may also be situations of land grabbing for exploitation and economic purposes, which may make it difficult to return to their land.

With hundreds of millions of self-identified indigenous peoples vulnerable to disasters and in locations exposed to the impacts of climate change, the scale of  disaster displacement is underreported and the risk for future displacement is highly likely. Based on an analysis of IDMC’s  database, at least 50,000 disaster-related displacements of indigenous peoples have occurred between 2017-2019. Yet, it is a significant underestimation as there are gaps in the types of data available for these communities as well as how data is reported.

In order to fully understand the impacts of disaster displacement on indigenous peoples, we need to have better data, but we also need to hear and learn from those affected. There are many examples and good practices of where indigenous communities are taking steps to prevent or mitigate displacement risks through disaster management and risk reduction activities. In addition, there are lessons to learn from indigenous knowledge and experiences. For instance, there have been cases in this year’s Australian wildfire season where cultural techniques dating back thousands of years had success in saving homes and reducing the risk of long-term displacement. Unlike hazard reduction burning, the process of burning away  vegetation that could fuel a fire, cultural burning is a more reserved approach, taking into account  the land, the environment, and the natural ecosystem.

We're only just beginning to shed some light on this area. This includes analysis into the 2018 Volcán de Fuego eruption in Guatemala which provides an example of the impacts of natural hazards in Latin America on indigenous populations and their structural disadvantages that lead to increased displacement risk. We continue to look for partners to share disaggregated data to better understand those most impacted and vulnerable to disaster displacement and climate change. We are also dedicating our 2020 Annual Conference on Internal Displacement and 2021 Global Report on Internal Displacement to exploring the relationship between climate change and displacement.

Indigenous communities’ strong social, economic and cultural connection to their lands will exacerbate the impacts of displacement when forced from their homes following a disaster or as a result of climate change. Addressing this unique situation will not only require collecting the data and evidence on the impacts, but also including the voices and experiences of communities in developing solutions to address their own displacement.