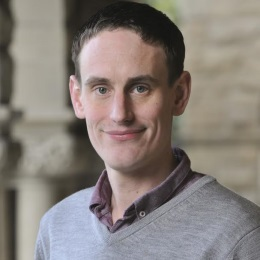 Dr. Aaron Clark-Ginsberg is an associate social scientist at the RAND Corporation, a nonprofit nonpartisan institution that helps improve policy and decision-making across the world through research and analysis. A disaster researcher by training, Dr. Clark-Ginsberg’s research focuses on topics including natural hazards, community resilience, governance and disasters, DRR, and critical infrastructure protection. Dr. Clark-Ginsberg works with both researchers and policymakers, and is currently involved in several projects on a variety of topics, including community responses to climate change, incident management systems, measuring community resilience, and climate migration.

Moving beyond the ‘Multi-stakeholder’ buzzword

NGOs and governmental agencies rightly describe disaster risk reduction (DRR) as a ‘multi-stakeholder’ activity. Responding to disasters should involve all sectors and levels of society, from international institutions like the UNDRR to local government authorities and private sector companies, from range of different countries. Yet, in my recent research I found major gaps and limitations in stakeholder involvement, suggesting a need to improve engagement in so-called ‘multi-stakeholder’ practices.

Using social network analysis (SNA) to assess disaster risk reduction networks in three countries, Sierra Leone, Bangladesh, and Kenya, I came across some interesting findings: while national and local governmental authorities were well represented in DRR, private sector actors were all but absent, local government’s involvement varied, and local populations had only limited influence. Such gaps impact how well risks can be managed. Private sector agencies influence how risks are created and reduced, so their lack of participation in DRR threatens risk management processes. Inadequate local governmental involvement in DRR can create a dangerous disconnect between national DRR rhetoric and local practices. A lack of community power inhibits true local voices from emerging. These networks are not complete representations of all DRR in these three countries, and other countries may have different levels of stakeholder involvement in their networks; nonetheless my findings indicate limited DRR engagement and suggest that the ‘multi-stakeholder’ buzzword hides true challenges.

To effectively reduce risk, organizations need to move beyond using the term ‘multi-stakeholder’ as a buzzword to truly involve all stakeholders in risk reduction. Three strategies can help with this process.

3) Improve representation and power of local actors. Organizations like the Global Network of Civil Society Organisations for Disaster Reduction (GNDR) have long documented a disconnect between national DRR policy and local DRR practices, as well as the relative ‘voicelessness’ of those actors in decision-making processes. Without power to shape DRR decisions, local actors at the frontline of reducing vulnerability and improving capacity remain at risk of being ‘instrumentalized’, or used in service of other means. Organizations need to support local voices, both by making local concerns central to risk reduction efforts and by working to support global efforts to institutionalize more inclusive forms of DRR, such as those suggested by the GNDR.

Making the transition from the term ‘multi-stakeholder’ being used as a DRR buzzword to ‘multi-stakeholder’ being a genuine practice requires an enhanced understanding of just who exactly is involved in DRR. It also means developing awareness about the institutional changes that shift powers, structures, and resources both so that previously marginalized voices have increased influence, and that risk producers are held accountable. Further efforts should focus on understanding DRR networks in different countries and contexts within and beyond this study; such studies should also explore the reasons how and why networks form, as well as possible changes that would enhance their inclusivity.

What have we learned: Key lessons from more than a decade of Concern's disaster risk reduction programmes