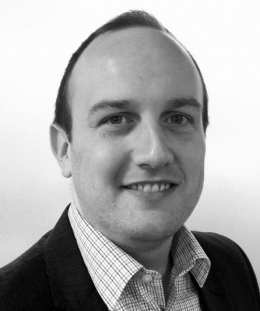 Kevin Blanchard is the Director of DRR Dynamics, a UK-based research organisation focused on ensuring the inclusion and empowerment of marginalised groups in the policy and practice of disaster risk reduction and humanitarian emergencies. Kevin has over 13 years’ experience in developing inclusive DRR and humanitarian policy for national governments, international agencies and NGO’s. Kevin achieved an undergraduate degree in Environmental Management and a master’s degree in Environment, Politics and Globalisation at King’s College London. Kevin is also an Honorary Research Fellow at the Chinese University of Hong Kong and a visiting lecturer at Kingston University London and Lincoln Bishop Grosseteste University where he lectures on risk, emergency management and climate change. In addition, Kevin is also the communications coordinator for the Gender Disasters Network and runs a number of social media accounts on #InclusiveDRR and #NoNaturalDisasters.

Disasters are increasing, both in terms of frequency and severity. In 2017 alone, disasters claimed over 10,000 people, injured millions and caused $306 billion in economic damage.

The way disasters are presented and reported affects public perception of the risks associated with natural hazards. It also defines and limits the discourse associated with these events, making it critical that the correct terminology is used. This means that the reporting of these events is vital, because it shapes public perception of how disasters are related to issues such as climate change, rapid urbanisation, environmental degradation and global population growth.

As part of a growing online campaign to change the discourse around the reporting of disasters, I have developed a factsheet to assist those working in the communications industry explain to their audiences why it’s high time to ditch the ‘natural’ description and instead focus on the human-induced decisions that turn a hazard into a disaster.

The factsheet provides a number of examples of why the use of ‘natural’ to describe disasters is incorrect and how more accurate reporting can provide a greater level of awareness of preparedness and resilience building systems. When a disaster reaches an area of human habitation, our decisions can increase the impacts of that hazard. Rapidly increasing rates of urbanisation (which are often most obvious in areas prone to hazards such as coastal areas, flood plains or in areas of severe potable water stress) or environmental degradation (deforestation leading to landslides and intense agricultural practices leading to desertification) are some of the ways our development and planning decisions increase both the risks and impacts when a hazard occurs.

The most widely used definition of a disaster has been developed by the International Federation of Red Cross and Red Crescent Societies (IFRC). It states that a disaster is:

“A … sudden, calamitous event that seriously disrupts the functioning of a community or society and causes human, material, and economic or environmental losses that exceed the community’s or society’s ability to cope using its own resources.”

This definition makes clear that a hazard can only become a disaster once it impacts on society or community. A hazard is natural, disasters are not. For instance, earthquakes, typhoons, and volcanoes are natural processes that have occurred for millions of years and are not controlled by humans.

Therefore, the point at which the hazardous event interacts with human society is when a disaster can occur, especially if that society, or sections of it, are vulnerable.

It is also important to note that disasters affect different people and different segments of society differently. So to summarise:

Communicating climate change: Focus on the framing, not just the facts