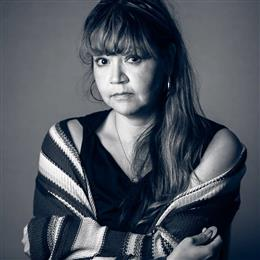 Tina Pelletier serves as the Communications and Health Promotions Officer at the Prince Albert Grand Council. Over the past couple years, she has provided communications support to various Indigenous-led emergency operations centres involving wildfires, oil spills and other health-related states of emergencies. Before joining PAGC, Tina worked at the United Nations’ Interagency Rehabilitation Programme (UNIRP) in Kathmandu, Nepal. Tina holds a Master’s Degree in International and Intercultural Communications from Royal Roads University and undergraduate degrees in journalism and Indigenous Studies.

Indigenous people in northern Saskatchewan are leading efforts in Disaster Risk Reduction (DRR) work to respond to natural hazards in their territories. What were once rare events have become more commonplace as climate change is causing warmer weather and more lightning, which is responsible for more frequent and intense fire activity, especially in Canada’s North.

Over the past few years, the number of wildfires have dramatically increased in Canada’s boreal region, a forested area spread across the country, which makes up 28% of the world’s boreal zone. Consequently, 80% of the Indigenous lands situated in these areas are most vulnerable to forest fires and puts the lives and livelihoods of Indigenous people in jeopardy as they rely on the land for hunting, fishing, trapping, and the harvesting of traditional plants for food, sustenance and medicines.

When their communities are in danger, Indigenous leaders declare states of emergencies in order to access emergency support and services that are usually externally managed.

Two years ago, in July 2015, huge wildfires in northern Saskatchewan caused a mass evacuation of over 13,000 people, a majority of whom are Indigenous people, in what was considered as “the biggest evacuation effort in the province’s history.”

Throughout the crisis, concerns emerged over the certification and use of Indigenous emergency firefighting personnel, poor tracking of registered evacuees, and lack of funding for Indigenous-run evacuation centres. These issues were raised again in September 2017 when wildfires recently resulted in another full-scale evacuation of another northern community of over 3,000.

While more work is needed in this area, new approaches need to take place since the incidence of disasters is only expected to persist and worsen into the future.

As demonstrated by the United Nations’ Sendai Framework for Disaster Risk Reduction (2015-2030), recently endorsed by Canada, the past approach to disaster management requires a fundamental shift by moving its focus from response to mitigation and preventative efforts. One of its recommendations identifies the importance of taking into account the concerns and capacities of Indigenous people in order to strengthen community resilience and to more effectively reduce the impact of risk of hazards before disasters occur.

In response, the Government of Canada developed a multi-stakeholder action plan that supports investments in Climate Change Adaptation programs, which is focusing on building resilience in the North and in Indigenous communities. In turn, the Prince Albert Grand Council, which represents 12 First Nations in northern Saskatchewan, has received $6.3-million over three years from Indigenous and Northern Affairs Canada to lead DRR work in First Nation communities throughout the province.

Specifically, the funding has supported risk assessments of communities that have been identified as a top priority by Saskatchewan Wildfire Management Branch. It has also supported fire prevention and fuel hazard reduction projects in partnership with FireSmart Canada for 20 high risk communities.

As one of the projects of the program, 440 Indigenous people were employed to thin out high-hazard forest areas and understory vegetation. They were also responsible for clearing out strategic fuel breaks and removing burnable fuel on the ground and near homes. To date, 420 hectares have been treated. Certification programs in wildland firefighter and chainsaw certification were also provided to members of First Nations at highest risk. In addition, funding is also supporting the development of school curriculum in FireSmart recognition, and wildfire education and prevention.

As one of the first pilot projects of its kind, the DRR work in FireSmart is providing a model for other Indigenous people across the country.

While there may not be one single solution to address the impacts of the changing climate or prevent evacuations from happening in the future, it is clear that Indigenous people possess the ability and the experience to serve as valuable agents and actors throughout the DRR process.

With so much at stake, Indigenous people not only have a vested interest but the commitment and resolve to ensure the safety and security of their communities as they have done for generations before. Into the future, DDR has much to benefit from the experience, ancestral knowledge and resilience of Indigenous people as has been demonstrated by the Indigenous people in northern Saskatchewan, a new direction which can only strengthen the foundation of DRR and meet its objectives in a lasting and meaningful way.