What if early warning systems are held back by the affordability of early action? 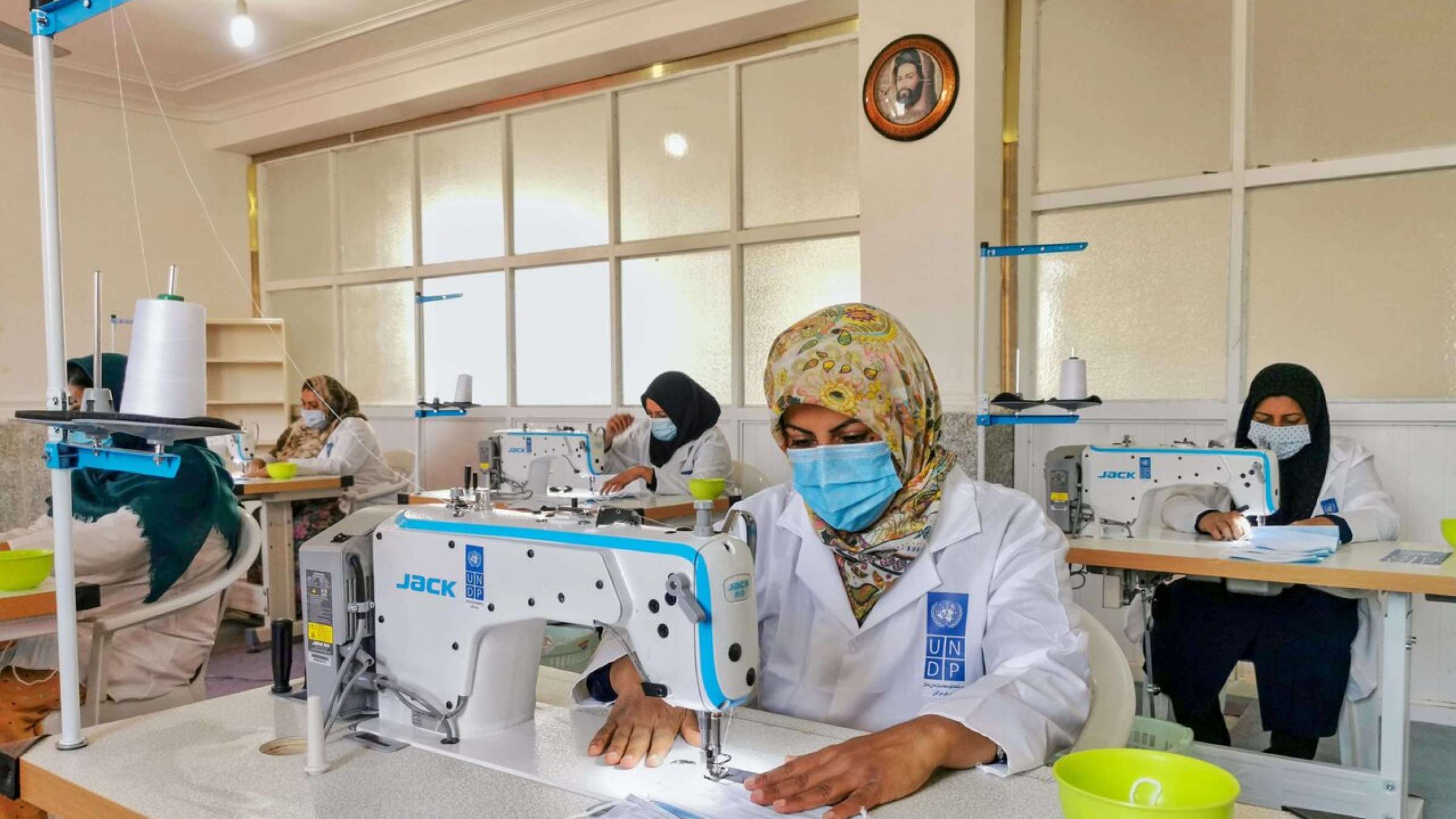 This What If…? is the third publication of an exploratory series released throughout the week of this years’ International Day for Disaster Risk Reduction which takes place on 13 October 2022 under the theme of “early warning and early action for all”. Building upon the work of the Regional Bureau for Asia Pacific Horizon Scanning initiative, the series uses foresight to invite consideration of the risks and uncertainties that will impact countries’ abilities to be better prepared for more complex crises and disasters in the region.

“Early warnings and action save lives. To that end, today I announce the United Nations will spearhead new action to ensure every person on Earth is protected by early warning systems within five years… We must boost the power of prediction for everyone and build their capacity to act.”

Early in the COVID-19 pandemic, governments undertook early action measures to combat the spread of the virus and save lives. For those in informal employment, who make up two thirds of the workforce in Asia-Pacific, COVID-19 lockdowns meant a sudden loss of incomes and livelihoods.  In Southeast Asia alone, where 9.3 million jobs were lost, 4.7 million people were pushed into extreme poverty in 2021.

Governments took active mitigation efforts to protect their economies and critical infrastructure, as well as safeguard the health, safety, and livelihoods of their populations. To date, Asian Development Bank’s members have spent USD $3.8 trillion, 12% of the pledged amount of $31.8 trillion, to combat the wide-ranging impacts of the COVID-19 pandemic. Exacerbating structural inequalities pre-dating the pandemic, the government assistance delivered to people varied widely between major and developed countries in Asia Pacific.

Despite these policy responses seeking to lessen the burden of the pandemic in Asia Pacific, trade-offs between lives and livelihoods have still reversed or slowed down trends in poverty alleviation and the achievement of the Sustainable Development Goals. The more recent conflict in Ukraine, and its cascading global impacts, has meant that COVID-19 economic recovery projections in Asia-Pacific are now at risk of becoming compromised by ‘slowing global demand, rising debt, and a reliance on short-term economic fixes to cushion against food and fuel price increases’ – World Bank.

This blog will reflect on the implications of structural inequalities for early warning, and in light of the COVID-19 pandemic, the affordability of early action for all.

On the morning of December 26th, 2004, the first of many tsunami waves hit the shorelines of countries around the Indian Ocean. More than 200,000 people lost their lives. Causing widespread devastation in countries with no or limited tsunami warning systems at the time, this disaster was a wake-up call to the critical nature of early action and the need to establish more effective early warning systems.

In this instance, the anticipated negative impact of natural hazards upon tourism and local businesses delayed both the introduction of early warning systems, as well as the call for evacuation after the earthquake hit. Livelihoods were prioritised over lives, and the costs were enormous. History cannot be repeated – we cannot avoid early action through fear of economic losses.

Back to the future

In revisiting the lessons from the Indian Ocean tsunami, the failure to invest in early warning systems can be associated with our tendency to focus on the short-term implications of our decisions, rather than the long-term. These intertemporal trade-offs would explain why, when facing economic uncertainty, governments may choose to invest in measures that bring returns in the more immediate future instead of early warning systems.

This comes as it is shown that investments of USD $800 million in early warning systems in developing countries would avoid losses of USD $3-16 billion per year. Even in the absence of a disaster itself, disaster resilience investments can unlock economic potential by ‘increasing economic confidence and encourage investment, entrepreneurship, and innovation’. Thus, short-sightedness in investments is a crucial barrier to overcome when investing in disaster resilience and avoiding the disaster losses which can exacerbate poverty.

Looking ahead at the socio-economic considerations of these disaster mitigation measures, signals found in the RBAP Horizon Scanning initiative have indicated that reduced trust in governments is likely to have implications for responsiveness to early warning messaging and consequent early action. Measures need to be assessed against a broader trend of the erosion of democracies and civic space. During the COVID-19 pandemic, several authoritarian or hybrid regimes in the Asia-Pacific tightened their grip on society, resulting in significant increases in online and offline anti-government protests, most commonly met by militarized responses. A recent report has highlighted how the pandemic added stress on existing challenges to democratic progress, including a rise in ethnonationalism as well as ‘migrant movements and climate-change-induced crises such as floods and droughts.’

The current political and economic outlook, increasing exposure to natural hazards in Asia-Pacific, and the lessons learned on inaction in disasters thus pose several considerations for the future of disaster risk reduction. We are presented with challenges for the early warning systems of the future in both building resilience and capacity for early action, and mitigating the trade-offs early action may bring. Failure to do so risks early action in disasters leaving a legacy of rising poverty and democratic challenges in the region, bringing cascading impacts through the disaster risk reduction and development systems for years to come.

Beth Allen is a Preparedness & Early Warning Intern in the Disaster Risk Reduction and Recovery for Building Resilience Team at UNDP Geneva.  She is a graduate of Coventry University, with a BSc in Disaster Management and Emergency Planning, and has a background in community risk management in the UK and NZ public sector.

Boukje Kistemaker is a Senior Horizon Scanning Specialist within the Strategic Foresight Network team at UNDP Regional Bureau for Asia Pacific. She has over ten years of public and private sector experience in intelligence, strategic risk advisory, crisis management and innovation in field and headquarter settings. Building on this experience, she is currently pursuing PhD research at King’s College London on organizational intelligence and crisis management development through experiential education.