Shifting the focus from disaster impacts to addressing the fundamental drivers of vulnerability is vital for sustainable development. Poverty, gender, intersecting inequalities and rapid urbanisation make women and girls more susceptible to the impacts of disasters and climate change. Climate justice and gender equality must go hand in hand.

This is the first article of a series sharing experiences from female leaders from across the Pacific. These stories examine the gaps and opportunities related to the production and use of disaggregated disaster and climate data to build a resilient and inclusive Blue Pacific.

“In the Pacific there are strong social and cultural norms, stereotypes about the role of women,” says Susan Grey. “Some people have very rigid ideas and what women should be. Should they be in a place of leadership in the village or is their place in the kitchen?”

Susan is the Executive Director of femLINKpacific, a Pacific feminist media organization that supports a network of rural women in Fiji. She admits that entrenched patriarchal views are one obstacle, but not the only one.

“The challenges in the fight for gender equality and gender justice are enormous,” she says.  “But it is not just about the culture it's also the systems in place.”

Susan and her network organize regular public sessions where communities can express their concerns on a range issues and their voices are heard. The group compiles the stories and the data, so the government has a better sense of the diverse needs of vulnerable groups. Susan says this data has helped make the case for improved services where they are needed. 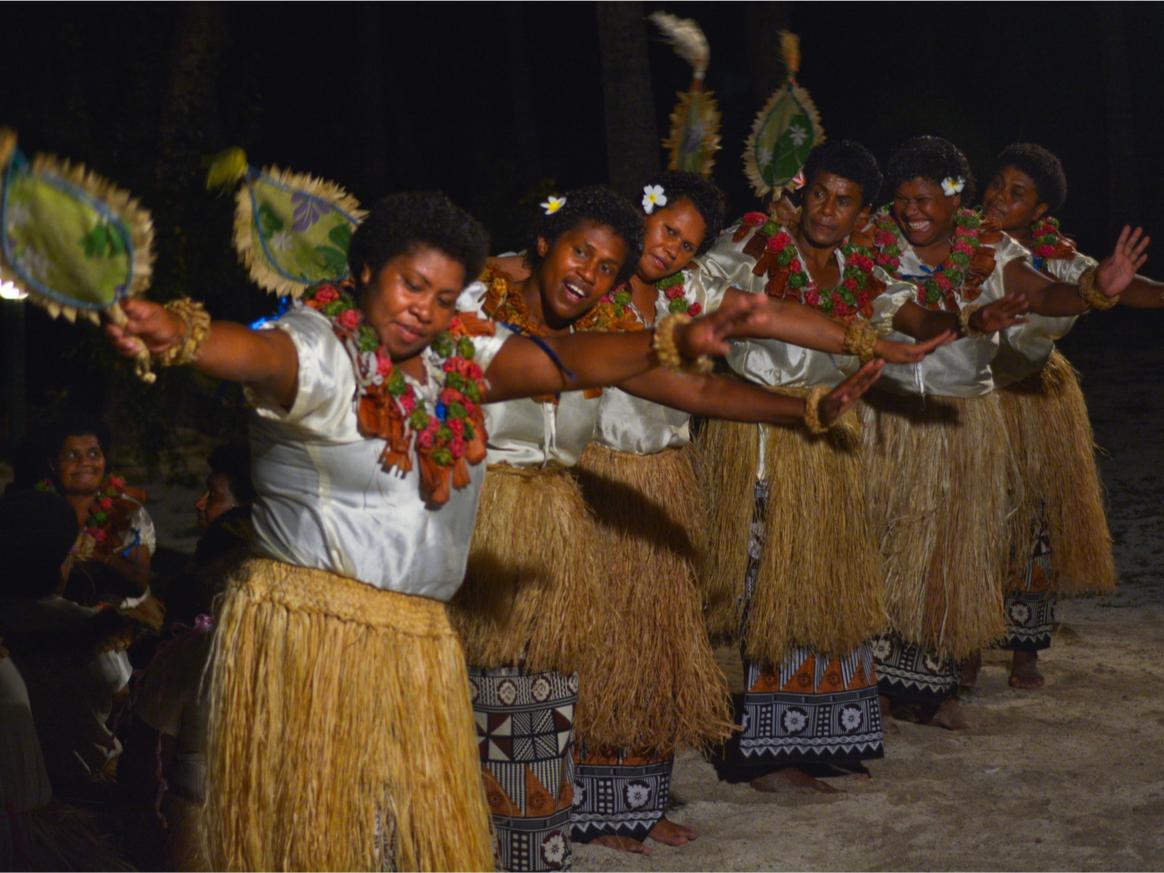 After Cyclone Yasa, a category 5 storm, devastated parts of Fiji earlier in the year, Susan says they have been seeing a surge in concerns about the integrity of evacuation centers. “There's a lot of feedback that keeps coming. There were a lot of issues with the evacuation centers that were supposed to be safe and secure.”

“We've had two cases where deaths occurred in evacuation centers and that was just the structure of that evacuation center,” she says. “In one community, a mother was breastfeeding her child in the school when a wall fell on them. Sadly, the child passed away.”

Susan says some of the evacuation centers have not been designed for extreme storms nor to meet the needs of women and other vulnerable groups.     “In the past rural women have not always and been vocal in calling for evacuation centers that are safe and inclusive. We speak with women that have a disability, and they are reluctant to go to evacuation centers because it is not accessible for them.”

Susan says safety is a big concern at the centers.

“Some women don't feel comfortable in those evacuation centers,” she says. “There's the issue of everyone being stuck together in an evacuation center. Is there proper lighting? Do they have proper restrooms, or do they have to go outside to a separate building?”

Susan says good data can help make the case for funding to prioritize better shelters in Fiji. “I went up to the north for a visit to some of our communities and the first place that we went is where the cyclone made landfall,” she says. “There was a women leader and she's the head of the indigenous women's group in the province. The first thing she said was:

femLINKpacific advocates with the Ministry of Women and through multiple channels on a local and national level. Susan is concerned that the issues raised in their sessions are not being heard outside of gender forums.

Susan says data from community sessions that maps the needs in the community equips them to have a voice in the inter-agency cluster system which coordinates humanitarian response. It is part of a long-term advocacy strategy of working with allies and finding ways to raise issues in the national agenda.

“We share the data that we have with the clusters to tell them what is actually happening in the community,” she says.

“With the LGTQI+ community, many have said that they'd rather be at home,” she says. “They don't even feel safe going to these evacuation centers. There is a lot that could be done to improve the whole system of disaster planning.”

Despite recent progress, Susan says Pacific women are still underrepresented in leadership and the high levels of gender-based voice reflect a troubling opposition to women’s equality. In the discussions with rural women leaders, she says there is talk of systemic change.

“For the first time we are talking about temporary special measures for women in decision-making at a local level,” she says. “Perhaps a certain quota of advisory counselors' roles should be reserved for women.”

Susan says this shift would change the way women can approach leaders and they would be able to voice their concerns more openly.

“Women on advisory councils can contribute meaningfully by coming with the issues that other women share to them in safe spaces, issues that they wouldn't really share when men are around. It is those kinds of solutions that we need.”

Susan says the intensity of extreme storms are growing and this makes these discussions about gender and disaster planning even more urgent.

"We have a climate crisis; we have more severe and frequent disasters and we know that women are increasingly worried about food security. These are all data points that should be raising alarms.”

As Fiji emerges from the pandemic and shifts to recovery, Susan is already planning sessions in rural communities to listen and understand. Creating data from these regional forums helps femLINKpacific shine a spotlight on the issues that matter most to women and vulnerable groups.

“I hope that the concerns and the issues that have been brought forward by women's groups, by women's rights organizations, by community-based groups, that these views are taken in and being meaningfully included in disaster planning.”

Susan Grey is the Executive Director of femLINKpacific, a Pacific feminist media organization that supports a network of rural women in Fiji.