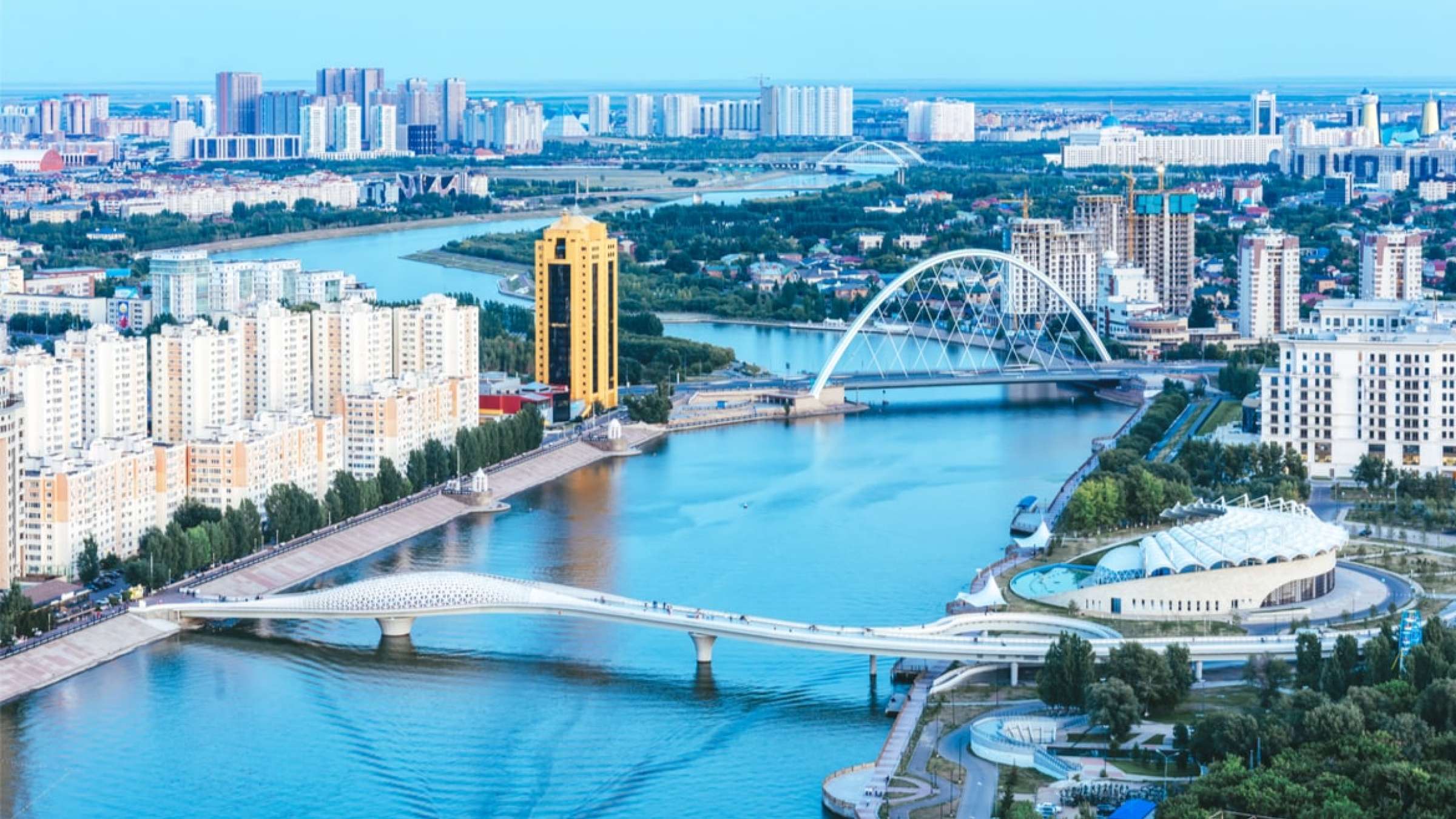 Can you tell our readers about Astana?

Our country is the ninth largest in the world by size, but its population is only 19 million people. Kazakhstan has 89 cities including its capital, Astana, a young city with a population of 1.2 million people. Currently, the city is experiencing rapid population growth - current estimates suggest it will double every ten years and more than two million people will live in the city by 2030.

How is resilience-building embedded in the city’s planning process?

When Kazakhstan’s capital was moved from Almaty in the south of the country, to Akmola in the north, the impacts of severe weather in Northern Kazakhstan were considered in the city’s development plans. During the first years following the capital’s relocation, a green belt made up of a lane of trees was planted around the city. This initiative was successful. Twenty years later, we can see how the planting of trees has led to a change in the city’s microclimate and decreased the intensity of snowstorms.

In terms of disaster risk reduction, what are the main challenges your city is facing?

Astana is facing water level changes, as smaller lakes have dried out because of climate change. We are considering this impact while developing the General Plan - the main urban planning document that defines the development of Astana.

Under the direction set out by President K.J. Tokaev, our country is pursuing a policy of sustainable development. As the authority in city planning, we developed and adopted the Masterplan, “Nur-Sultan - a comfortable city”. This is the city’s socio-economic strategy, which aims to build a comfortable, sustainable and healthy city. Particular attention is paid to public spaces, landscaping, the creation of a barrier-free urban environment and safety on the streets. We have created many public spaces that serve as oasesin the city during the hot summer days. We are also pleased to see the city’s population engaging more in outdoor activities, including in dedicated street sport spaces and extreme sport parks.

There are several Crisis Centers in the city, through which authorities respond to emergency and crisis situations. While the city is not exposed to many hazards at present, rapid urbanization is increasing risks to infrastructures.

Astana has recently joined the Making Cities Resilient 2030 Initiative. Can you tell us more about this collaboration?

Today, we are in the process of updating Astana’s General Plan. In combination with the Masterplan, we will have all DRR aspects integrated into the city’s plans.

What are Astana’s future goals ?

These assessments have given us a clear vision of the city’s disaster risk reduction needs. It also helped us understand that there was a gap in communication between different stakeholders.

We are not threatened by serious natural hazards. We are focusing on avoiding new risks in developing our city. It is very important for our capital -  through international forums and communication with other cities - to adopt their experiences and best practices. MCR2030 is the perfect platform to learn from local resilience pioneers and achievers. We can learn how to keep the focus on resilience despite changes in the city’s political situation and administration. The process of developing a resilient city should be independent of any internal or external factors.

Today, the Center of Urbanism is actively promoting the usage of recycled plastic in the construction of public spaces in the city. We support local businesses that promote mindfulness as a lifestyle. We would like to help change citizens’ social behavior to be more attentive to nature and avoid pollution.

The pandemic hit the city hard, with lots of funds previously planned for infrastructural development redirected to the COVID-19 response. As the situation with the COVID-19 pandemic is improving, we believe that we will accomplish everything we planned before the pandemic in the coming years.

What are your plans and expectations from the MCR2030 initiative?

Since I joined the Center of Urbanism, our close cooperation with international organizations was focused on the development of the Masterplan. Now - especially after seeing the great examples of the MCR2030 Resilience Hub cities and the unions of municipalities – we, as city developers, have a clear vision of how DRR must become an integral part of Astana’s development. While the self-assessment exercises brought together views across local stakeholders, this international exposure has given me ideas to bring further resilience matters to the table.

We have now officially joined the MCR2030 Initiative. Within the Center of Urbanism, we plan to create our own resilience hub.  We aim to raise awareness of the importance of integrating disaster risk information into all major city activities, beyond the construction sector, to activities among the citizens and local businesses. Astana is also starting a cooperation with the Greater Manchester Hub to learn from their experience after attending and following the conversations at the Global Platform for Disaster Risk Reduction in May 2022. Mr. Yelnar Bazyken has spent his 13-year career in Astana as an architect supporting the development of the new capital of Kazakhstan. He graduated in 2010 with a degree in Architecture from L.N. Gumilyov Eurasian National University in Astana, Kazakhstan. For 9 years he was an executive Director of the project company Gulden-As LLP. Since 2020, Mr Bazyken has worked as the head of Center of Urbanism in Research and Design Institute "Astanagenplan”. He has transformed and revitalized many abandoned or degraded areas in the city. Together with City Hall, Mr Bazyken developed a master plan for the capital, called "Nur-Sultan - a comfortable city".

Making Cities Resilient 2030 (MCR2030) is a unique global multi-stakeholder initiative improving local resilience by making cities safer, preventing risks, and promoting innovation and investments. Building on the Making Cities Resilient Campaign which began in 2010, MCR2030 welcomes cities, local governments as well as any other parties wishing to help cities prosper through advocacy, knowledge-sharing and city-to-city networks. In Central Asia, the MCR2030 initiative engages with the capital cities of Central Asia within the framework of the European-Union funded project “Strengthening disaster resilience and accelerating the implementation of Sendai Framework for Disaster Risk Reduction in Central Asia”, implemented by the United Nations Office for Disaster Risk Reduction (UNDRR). MCR2030 aims to support local governments in Central Asia to reduce risks and advance a holistic and systemic approach to urban resilience.