Exploring the role of international law in disaster risk reduction 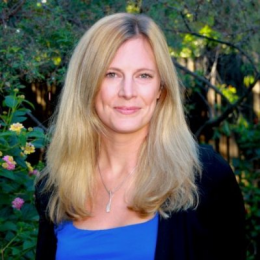 Marie Aronsson-Storrier is a Research Fellow in Global Law and Disasters, and the 2017/18 Programme Director for the LLM/MSc Global Crisis, Conflict, and Disaster Management, at the University of Reading. Marie conducts research and teaching into the developing field of international disaster law, as well as related areas of international law, in particular, human rights, armed conflict, sustainable development, water security, sanitation and disaster risk reduction. Marie has published in the areas of disaster risk reduction, water security, international law on the use of force, international criminal law and international humanitarian law. Marie’s PhD thesis at the University of Melbourne (submission July 2017) explores covert operations and the development of international law on the use of force. Before commencing her PhD candidature, Marie worked as a research assistant on the Every Casualty Programme of the Oxford Research Group. She holds a Master of Laws from the University of Gothenburg.

In what ways can law support efforts of preventing, mitigating and preparing for disasters? To what extent does law succeed in ensuring the existence of clear legal mandates to conduct risk assessments and issue timely warnings? And should we be concerned that provisions of the Sendai Framework concerning no-build zones and relocation risk being used by states to mask human rights abuses?

These were some of the questions discussed at the Disaster Risk Reduction and International Law Symposium (co-sponsored by the University of Reading (School of Law and Walker Institute) and the American Society of International Law (Disaster Law Interest Group) held in Reading, UK, between 29 June and 1 July 2017. Academics and practitioners from all over the world came together to engage in depth with this fascinating new area of law, policy and practice. Government, industry, academic, IGO, and NGO participants all brought interesting and important perspectives to the discussions.

Framed around the principles and objectives underpinning the Sendai Framework for Disaster Risk Reduction 2015-2030, the Symposium covered a number of different themes, and the participants addressed the Framework and challenges relating to its implementation from a broad range of perspectives. In addition to the questions raised above, thematic discussions included the prevention of nuclear accidents; the role of insurance in preventing and reducing disaster risk; lessons learnt from the UN Regional Seas Programme; existing international law governing search and rescue operations; national and regional approaches to DRR; and risks relating to the developing tourism of the Arctic.

Further discussions involved more theoretical questions such as: Should we consider disaster law to be a distinct field of law, or is it better understood as a cross-cutting theme? How can we translate sociological understandings of disasters into a legal definition? And how does disaster risk reduction (DRR) relate to other areas of law, such as international human rights law, international environmental law, climate change law, and sustainable development, and how do their relevant rules and principles translate into the DRR context?

Throughout the discussions, we were constantly reminded of the importance not only to engage with a broad range of legal regimes, but also to improve interdisciplinary communication. It became particularly clear that there is a need to explore how scientific knowledge better can be translated into law and policy.

Although the Symposium has come to a close, there is little doubt that these conversations are only just beginning. The incorporation of DRR in the International Law Commission’s Draft Articles on the Protection of Persons in the Event of Disasters adopted in 2016 confirms that law has an important role to play not only in governing disaster response, but also in preventing, mitigating and preparing for disasters. It is crucial that these DRR principles are implemented in practice, and that efforts are directed so as to reach people and areas most vulnerable to disasters. In order to achieve this, it is essential to continue to break down research silos and to improve communication across different areas of law, as well as across disciplines and sectors.

I would like to take this opportunity to thank all participants for making the DRR and International Law Symposium such an inspiring and productive event. I would also like to invite anyone interested to engage with the Symposium blog posts by Jonathan Ammoun (LLM Student in Global Crisis, Conflict and Disaster Management), which include links to all the recorded proceedings.

University of Reading - School of Law