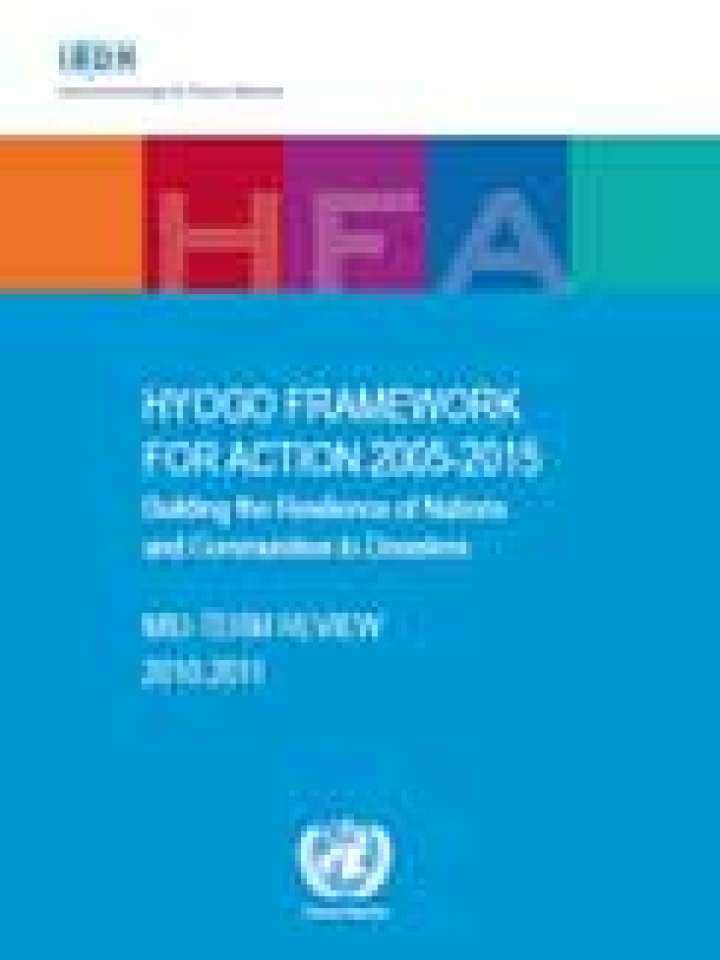 This report presents the findings of the Mid-Term Review of the Hyogo Framework for Action (HFA) aimed at critically analyzing the extent to which HFA implementation has progressed and at helping countries and their institutional partners identify practical measures to increase commitment, resourcing, and efforts in its further implementation.

It highlights the significant progress that has been made over the past five years in disaster risk reduction and the fact that the adoption of the Hyogo Framework for Action in 2005 has played a decisive role in promoting this progress across international, regional, and national agendas.

HFA implementation at local level is a point highlighted throughout the Mid-Term Review and encompasses issues such as decentralizing authority, where capacities exist, and empowering local communities, including at the grassroots level; and creating a social demand for disaster risk reduction so that individuals realize their own share of responsibility in increasing their resilience and in holding governments accountable for the development and implementation of coherent disaster risk reduction plans and investments. The final sections of the report outline critical elements needed to enhance implementation of the HFA through 2015.

The Mid-Term Review of the Hyogo Framework for Action (HFA) was facilitated by the UNISDR secretariat through a participatory approach involving stakeholders at international, regional, and national levels, guided by the advice of the 2009 Global Platform for Disaster Risk Reduction, which requested a broad strategic review of the state of HFA implementation. The information collected, primarily of a qualitative nature, based on self-assessments and perceptions of the stakeholders involved, was complemented by that provided by governments through the HFA monitor reporting mechanism.