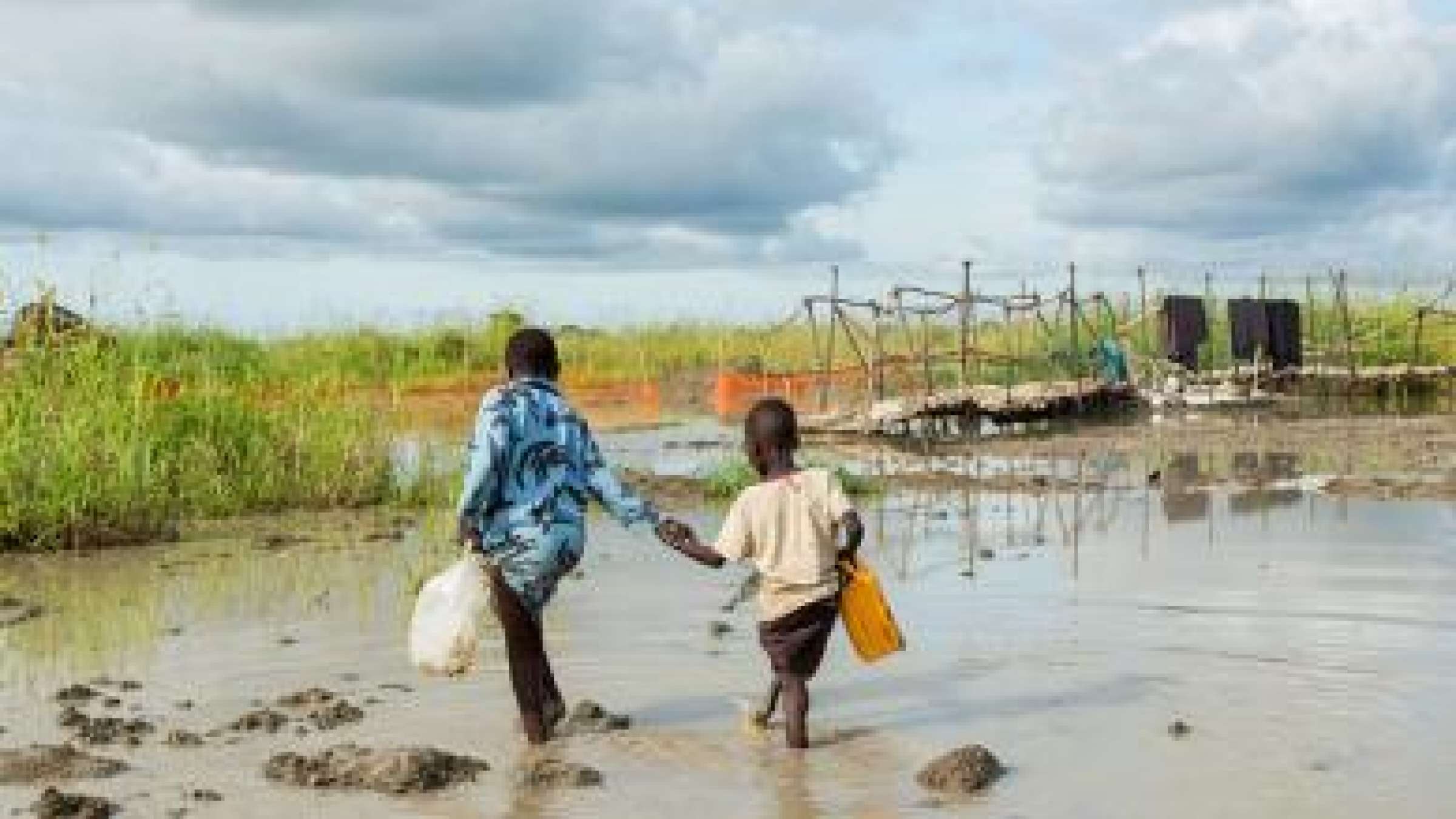 Juba - The Embassy of Japan in South Sudan and the United Nations Development Programme (UNDP) are pleased to jointly announce the launch of a project in the Republic of South Sudan: “Food Security, Emergency Flood Response and Recovery” implemented under the auspices of the Ministry of Humanitarian Affairs and Disaster Management.

Aligned with the needs of South Sudan, and with funding from the Government of Japan amounting to USD 4.8m, the project aims to strengthen national and local institutions as well as community capacity to respond to floods and food insecurity. Some 250,000 persons (50% female), including internally displaced persons (IDPs) and host communities, are expected to benefit from the project in the five states of Central Equatoria, Jonglei, Lakes, Upper Nile and Warrap.

Shocks linked with natural disasters and climate change including recurrent annual floods, decades of conflict and the current conflict-induced displacement have escalated the already high levels of food insecurity and livelihood disruption in the country.

"The Government and the people of Japan are behind your self-help efforts on resilience building in South Sudan,” says Ambassador of Japan to South Sudan, H.E. Kiya Masahiko. “This project is not only going to be about humanitarian relief but also about emerging from disasters even more strongly than before and generating livelihoods as fishermen, farmers and cattle keepers. We are pleased to have this opportunity to share the lessons that we learnt the hard way. With [the] inspiration [from Japanese communities that came under natural disasters but revived their economies every time], we hope that, through this project implemented by UNDP, the people of South Sudan, from community to government levels, gain the ideas of disaster response, establish practice of governing the annual challenges, and gear themselves to building resilient communities."

“I am confident the current project would lay a firm foundation for the country to build on and contribute to the efforts of the Government of South Sudan in dealing with natural disasters and alleviating the worst impacts of flood and food insecurity. UNDP is privileged to be technically assisting the Ministry in developing a National Disaster Management Policy and Programme Framework to address the medium to long term needs of the country guided by the Hyogo Framework of Action and the outcomes of the Sendai Conference held in Japan earlier,” says UNDP Country Director, Mr. Balázs Horváth.

In addition to the current support in the areas of food security, emergency flood response and recovery, the Government of Japan and UNDP have been collaborating on enhancing access to justice and rule of law in South Sudan, with particular reference to women and vulnerable groups.

About UNDP
UNDP partners with people at all levels of society to help build nations that can withstand crisis, and drive and sustain the kind of growth that improves the quality of life for everyone. On the ground in 177 countries and territories, we offer global perspective and local insight to help empower lives and build resilient nations.