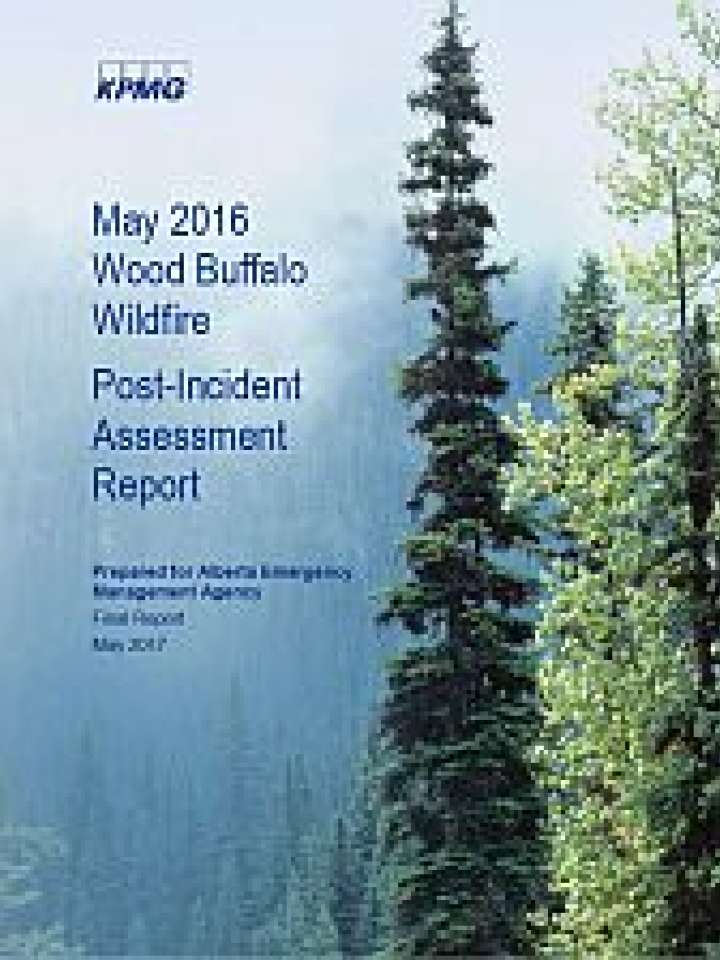 This report of a Post-Incident Assessment conducted by KPMG LLP for the Alberta Emergency Management Agency (AEMA), provides a review of the Government of Alberta’s support to stakeholders, emergency social services, and community evacuations during the May 2016 Wood Buffalo Wildfire (also known as the Horse River Wildfire) and its aftermath.

In the week leading up to May 1, 2016, the wildfire hazard conditions in and around the Regional Municipality of Wood Buffalo reached unprecedented levels, representing the single, largest contributing factor to what would become one of the worst wildland-urban interface fires in Canadian history.

The May 2016 Wood Buffalo Wildfire was first spotted on the afternoon of May 1, at approximately two hectares in size and seven kilometres outside of the Urban Service Area of Fort McMurray. By May 3, the Wildfire had grown in size and high winds drove the fire into the community. As a result, almost 88,000 people were evacuated from the Region in a very short period of time.

Over the course of five weeks, the Wildfire impacted 589,000 hectares of land in and around the Region and 1,958 structures were lost or damaged. The Insurance Bureau of Canada estimates the Wildfire to be the costliest insured natural disaster in Canadian history, the total financial and economic impact is currently estimated at almost $8.9 billion.

Recommendations resulting from this Post-Incident Assessment are intended to improve both provincial and municipal emergency management programs. This report is about: