Flood-induced economic loss and damage to the textile industry in Surat City, India 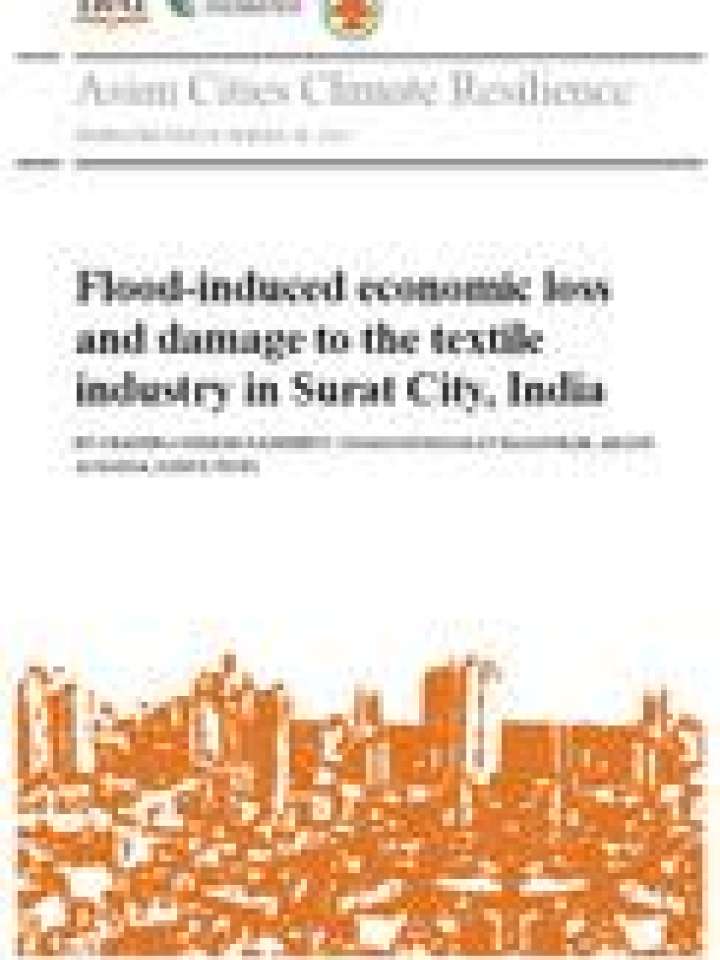 This study attempts a loss and damage assessment of Surat City in western India to floods. Surat is an industrial hub for both the textile and diamond industries. Interviews with workers from 145 textile-weaving businesses were completed, including focus group discussions and shared learning dialogues.

Indian coastal cities are susceptible to climate-induced rapid and slow-onset disasters, like cyclonic storms, floods and sea-level rise, all while existing urbanisation challenges amplify vulnerability. Enhancing a city’s resilience capacity is, therefore, a pertinent issue for policymakers when there are plans to redevelop several of India’s cities into ‘climate-smart’ cities – this needs a comprehensive city-wide loss and damage assessment.

This study finds five conclusions: i) all the sample businesses were severely affected by floods in 2006, and on an average, each unit required 49 days to return to normal; ii) most of the labourers out-migrated during the post-flood scenario, and hence, a shortage of labour was reported as a major issue; iii) the mean loss and damage for each unit was approximately INR1.51 million where, INR 0.98 million was towards direct losses, INR 1 million was towards indirect losses and compensation accounted for INR 0.47 million (at 2013 prices). This reinforces the need for indirect losses to be factored into the disaster’s impact cost assessment; iv) all of the surveyed businesses are unable to access insurance as insurers are reluctant to provide cover for businesses located in risk-prone areas; v) the textile-weaving businesses’ risk perception about potential impacts of future floods is moderate, which may lead to a lack of investment in planned adaptation measures.