In a new study published in Earth’s Future, scientists looked at future projections of evaporative demand – a measure of how dry the air is – in California and Nevada through the end of the 21st century. They then examined how changes in evaporative demand would impact the frequency of extreme fire danger and three-year droughts, based on metrics from the Evaporative Demand Drought Index (EDDI) and the Standardized Precipitation Evapotranspiration Index (SPEI).

According to their results, climate change projections show consistent future increases in atmospheric evaporative demand (or the “atmospheric thirst”) over California and Nevada. These changes were largely driven by warmer temperatures, and would likely lead to significant on-the-ground environmental impacts. 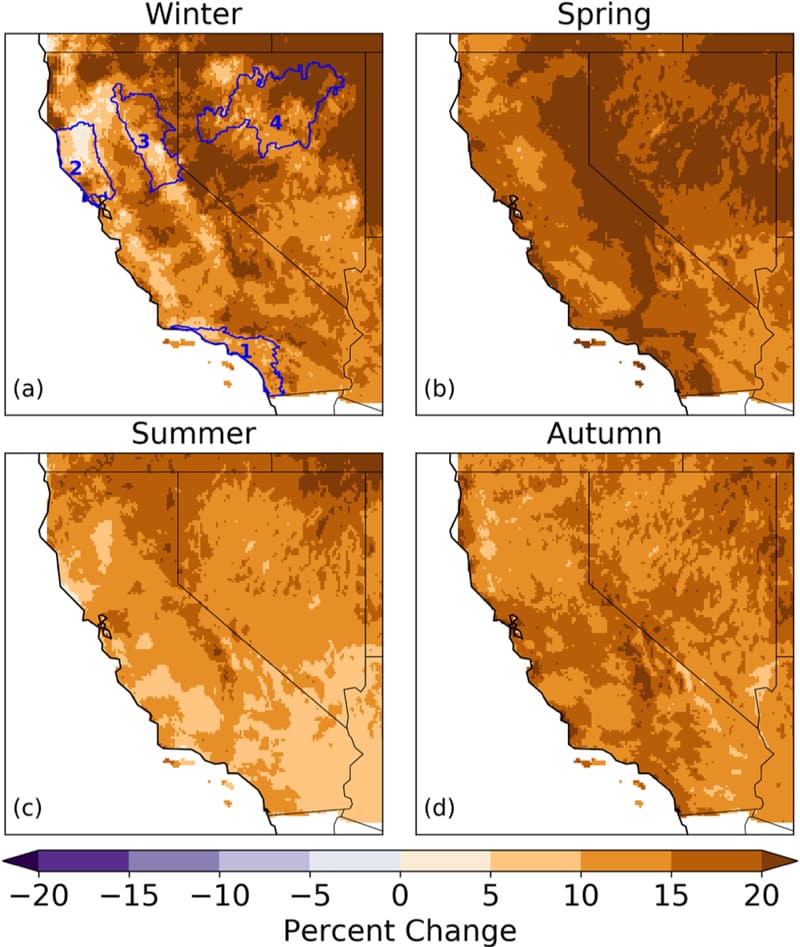 Study results show increases of 13 to 18 percent in evaporative demand during all four seasons by the end of the century.

“Increased evaporative demand with warming enables fuels to be drier for longer periods,” added coauthor John Abatzoglou, Ph.D., Associate Professor with the University of California, Merced. “This is a recipe for more active fire seasons.” 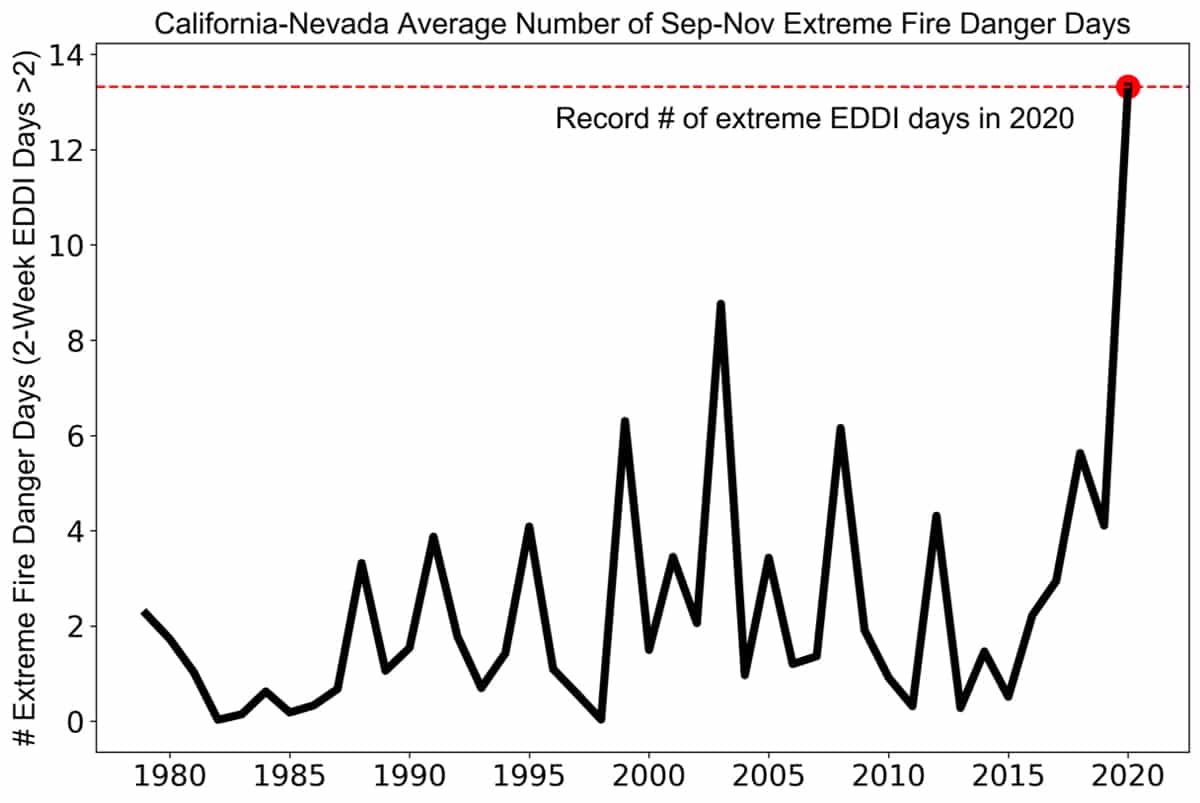 California and Nevada on average experienced a record-setting number of “extreme fire danger” days in 2020, as indicated by the line on the graph above. Extreme fire danger days were calculated using the Evaporative Demand Drought Index (EDDI), with methods described in McEvoy et al. (2020). Data source: http://www.climatologylab.org/gridmet.html.

Study authors say that the cumulative effects of increases in evaporative demand will stress native ecosystems, increase fire danger, negatively impact agriculture where water demands cannot be met, and exacerbate impacts to society during periods of prolonged dryness. Several members of the research team are part of the California-Nevada Applications Program (CNAP), and will use these study results to provide resource managers with a view of possible future scenarios.

Cloud seeding, will it save us from drought? – OpEd

US scientists: Droughts to become more frequent and severe

Explainer: Drought creates a perfect storm for wildfires in US West