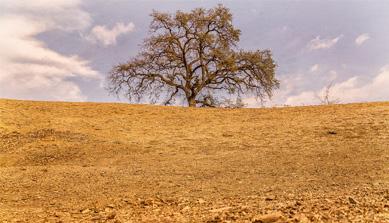 Sacramento - After months of bickering, California lawmakers could vote as early as this week on a plan to shore up the drought-parched state's water supply that would include three new reservoirs, underground water storage and environmental cleanup.

The proposal to sell $10.5 billion in bonds to pay for water projects must win support from two-thirds of the Legislature, Governor Jerry Brown and tax-averse California voters. It has been caught in political infighting for months, even as the state entered its third year of a crippling drought, but its backer said on Tuesday a deal was coming together.

"We're closing in on a vote," said state Senator Lois Wolk, a Democrat whose district includes the Sacramento-San Joaquin River Delta, which supplies water for 25 million people and crop irrigation in the state's Central Valley breadbasket. "Given the drought, we need storage."

But the Democratic governor is hesitant to ask voters to approve the sale of bonds to finance new projects so soon after a recent tax increase.

Wolk's proposal, one of several vying to replace a Republican-backed measure already slated for November's ballot, has been caught in partisan wrangling since last summer.

Democrats pushed for underground storage, environmental cleanup and conservation measures, while Republicans fought for the inclusion of three long-planned reservoirs, along with a promise not to hold up the funding.

In the Senate, where Democrats need Republican support to reach a two-thirds' majority, it was not clear on Tuesday whether Wolk had the votes she needed.

"I'm not sure she has been able to satisfy my needs yet," said Republican Senator Jean Fuller, who worked on the earlier bond measure and still supports it. "Although I do have to say she has made a very gallant effort."

At issue is funding for a type of environmental restoration in the delta that would later allow the state to build tunnels or canals to carry water to the Central Valley.

With no way to take the water south, there is no point building the additional storage, said Republican Senator Andy Vidak.

But Wolk said that could cause voters to reject the plan by evoking controversial efforts to funnel water from the northern part of the state to the south. (Reporting by Sharon Bernstein; Editing by Peter Cooney)