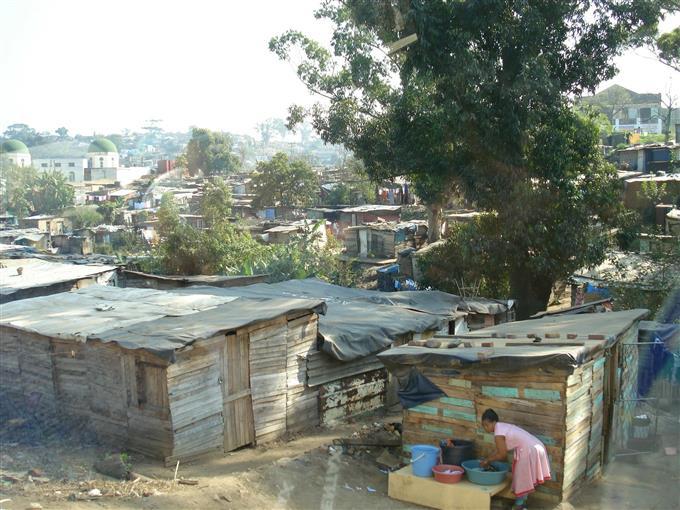 By Gina Ziervogel and Lorena Pasquini

Resilience is a word that’s thrown around a lot these days. It means different things to different people, but generally alludes to the ability of people or systems to bounce back from shocks, and, increasingly find ways to emerge stronger than before. Shocks might be acute – like floods or cholera outbreaks – or chronic – like stress because of poverty or insecurity. The term, that emerged from ecological literature, is concerned with how systems work. It has grown to be used in many fields including engineering, psychology, development studies and geography.

The popular concept of building resilience is touted as a positive one. It’s seen as a way to find new opportunities and innovations to help people deal with stresses that affect their lives. But the popular push for resilience can bring its own set of problems.

Resilience is gaining increasing popularity at an international policy level. It’s in the 2015 United Nations Framework Convention on Climate Change Paris Agreement, in the 2015 Sendai Framework for Disaster Risk Reduction, and most notably, in the new Sustainable Development Goals.

In the development goals the language of resilience is used in multiple ways, alongside wellbeing and poverty alleviation. Resilience is invoked in five goals.

But pushing a resilience agenda can have unintended consequences. Do efforts to build resilience automatically address injustices and inequality? We argue here, and in a recently published article, that they don’t. A focus on justice is lacking in resilience responses, particularly in the African context, where there’s high inequality, high poverty and significant injustices.

Resilience on the ground

There are concrete attempts to translate the global frameworks into actions on the ground. For instance, the Rockefeller Foundation has been supporting cities internationally since 2013 to put the concept of resilience into practice. Seven of Rockefeller’s 100 Resilient Cities are located in Africa. They are Nairobi, Addis Ababa, Accra, Dakar, Lagos, Cape Town and Durban. And many other cities and towns across Africa are involved in finding ways to increase their resilience.

This seems perfectly logical. African cities have high levels of vulnerability. This is because of rapid in-migration, old infrastructure, limited capacity to manage the city, and high levels of poverty and informality, among other things. African cities are also places where innovation and growth is taking place.

Potentially, the development pathways of urban areas in Africa could be leapfrogged to more sustainable pathways. Pushing for resilience in urban Africa is central to helping build liveable and thriving cities.

But balancing resilience and justice is a much trickier proposition.

The City of Cape Town offers one of many examples of the challenges in balancing resilience and justice. City officials were aware of the need to manage their water leakage problem and realised that many households with high bills and leakages were relatively poor.

The city developed a programme to fit water management devices in the homes of poor people who have high water bills. These devices limit household water supply to 350 litres a day (based on households’ free water of 6kl per month plus an extra 4.5kl of free water monthly). When installed, the household debt is written off and the water leaks are fixed.

From the city’s point of view, this programme is increasing resilience through securing water supply and debt management for indigent households.

But residents find these devices punitive and unjust. Many have found that 350 litres are often not enough and leaks often resurface, as outlined in a recent paper. Because the meter starts recording water use around 4.30am, the allocated water can be gone by 6am if there are leaks. This is just when the household needs the water. Households often end up asking neighbours for water, and find it hard to meet their economic and household water needs.

Another example of the problems inherent in balancing issues of justice and resilience comes from the city of Mzuzu, in northern Malawi. Here, flooding poses a major risk to the city. To reduce the impact of flooding, the city introduced building codes that would make houses more resistant.

But what the city didn’t foresee was that the higher expense of building houses that could meet these codes would push people away from formally planned areas to build in informal, unplanned settlements. Unsurprisingly, the areas where they have settled are the only ones available, precisely because they are most vulnerable to flooding, for example along the steep riverbanks. And so people find themselves pushed by circumstances to build their non-code-compliant housing in the most flood prone areas of the city.

The people driving resilience interventions are often those in powerful positions. And there’s limited room for more marginalised groups to have their voice heard. The City of Cape Town, for example, didn’t consult local communities before putting in the water management devices. They just did it.

Resilience approaches tend not to be pro-poor, and issues of justice are often not considered. So, if resilience efforts don’t explicitly consider justice issues, they will end up making those who are the most in need of building resilience the least resilient.

But without justice and poverty, inequality can’t be reduced, nor can wellbeing be improved. And, if people are poor, suffer high inequality, and have low levels of wellbeing, they can’t withstand or respond to shocks and stresses well: the very thing that resilience-building is supposed to address.

There are no easy answers to ensure that resilience approaches don’t undermine justice. Both procedural justice – which looks at who gets a say in decision making – and distributive justice – which looks at who gets what slice of the pie – will need to be a part of the push for resilience. Decision makers and communities will need to work together to discuss these two questions, whenever “resilience-building” efforts are involved: [resilience of what and for whom?]