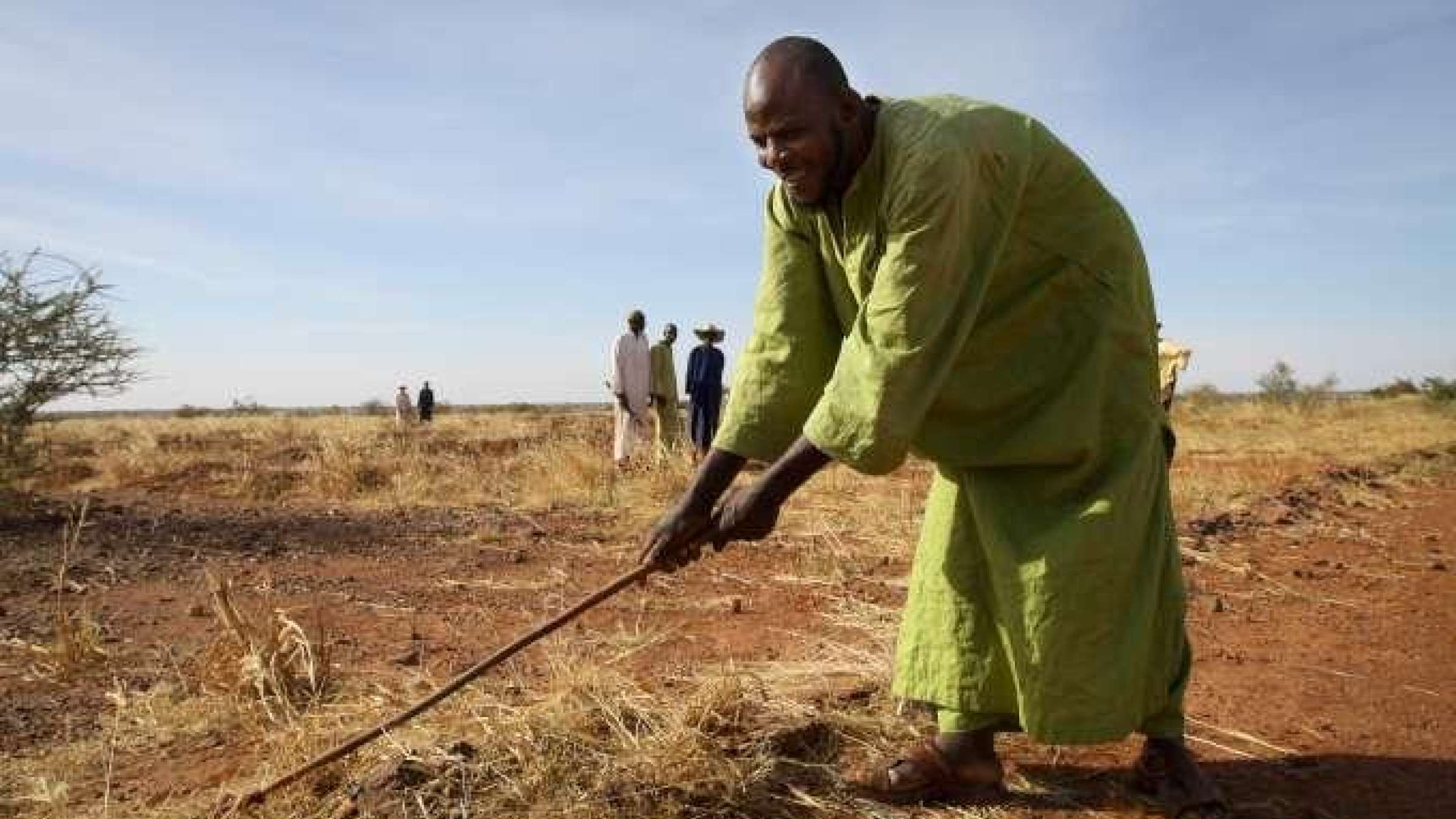 Rome/Hanoi - Natural disasters are costing farmers in the developing world billions of dollars each year, with drought emerging as the most destructive in a crowded field of threats that also includes floods, forest fires, storms, plant pests, animal diseases outbreaks, chemical spills and toxic algal blooms.

According to a new​ report  from the Food and Agriculture Organization of the United Nations (FAO), between 2005 and 2015 natural disasters cost the agricultural sectors of developing country economies a staggering $96 billion in damaged or lost crop and livestock production.

Half of that damage — $48 billion worth — occurred in Asia, says the report, which was launched today at a conference in Hanoi convened by Viet Nam's government in collaboration with FAO.

Drought — which recently has battered farmers in all corners of the globe, North, South, East and West — was one of the leading culprits. Eighty-three percent of all drought-caused economic losses documented by FAO's study were absorbed by agriculture, with a price tag of $29 billion.

But the report also details how multiple other threats are taking a heavy toll on food production, food security, and people's livelihoods.

"The agriculture sectors — which includes crop and livestock production as well as forestry, fisheries and aquaculture — face many risks, such as climate and market volatility, pests and diseases, extreme weather events, and an ever-increasing number of protracted crises and conflicts," said FAO Director-General José Graziano da Silva.

"This has become the ‘new normal,' and the impact of climate change will further exacerbate these threats and challenges," he said.

"Disaster risk reduction and management must therefore become an integral part of modern agriculture. Building a more holistic and ambitious disaster-resilience framework for agriculture is crucial to ensuring sustainable development — which is a cornerstone for peace and the basis for adaptation to climate change," argued the FAO Director-General.

The geography of disaster

In Asia — the world region where agriculture was most affected by disasters — floods and storms had the largest impacts, but Asian agricultural systems are also heavily affected by earthquakes, tsunamis and extreme temperatures.

For both Africa as well as for Latin America and the Caribbean, drought is the costliest type of disaster — causing crop and livestock losses of $10.7 and $13 billion in those regions, respectively, between 2005 and 2015.

Crop pests and animal diseases were also among the most expense-inducing disasters for African farmers, notching up $6+ billion in losses in that same period.

And across the globe, Small Island Developing States (SIDS) are particularly vulnerable to natural disasters, in particular tsunamis, earthquakes, storms  and floods. Economic losses in SIDS stemming from disasters jumped from $8.8 billion for the period 2000-2007 to over $14 billion between 2008-2015, the report shows.

Today's report expands the scale of FAO's analysis of disaster impacts to agriculture to include not just natural disasters but also "food chain crises" sparked by animal diseases like Rift Valley Fever.

It also addresses conflict. A first case study done on the impacts of conflict in Syria, for example, found that the overall financial cost of damage and loss in that country's agriculture sector over the 2011-2016 period was at least $16 billion.

To reduce risks, first understand them

All told, nearly a quarter of all financial losses caused by natural disasters between 2005 and 2015 were borne by the agricultural sector, according to FAO's study.

Given the increasing scale and intensity of threats to agriculture, developing adequate disaster and crisis governance structures - including enabling policies, strengthened capacities and targeted financing mechanisms - is critical, the report says.

To be effective, strategies for risk reduction, humanitarian responses, resilience building and climate change adaptation must be grounded on data and evidence detailing the ways that disasters affect farmers and food producers.

This is why FAO developed a methodology to assess systematically and agricultural damages and losses stemming from disasters. It provides a standardized approach that yields comparable results at global, national and subnational levels, and includes for the first time fisheries and forestry sector analyses on loss and damage, thus enabling more thorough and exact assessments.

The FAO methodology has been endorsed by the United Nations General Assembly  as part of the monitoring system established under the 2015 Sendai Framework for Disaster Risk Reduction to help monitor the achievement of global disaster risk reduction targets as well as under the 2030 Sustainable Development Agenda.

Livelihoods in the balance

The livelihoods of some 2.5 billion people on the planet depend on agriculture.

These small-scale farmers, herders, fishers and forest-dependent communities generate more than half of the world's agricultural production.

Typically cash- and asset-poor, they are particularly at risk from disasters that destroy or damage harvests, equipment, supplies, livestock, seeds, crops and stored food.