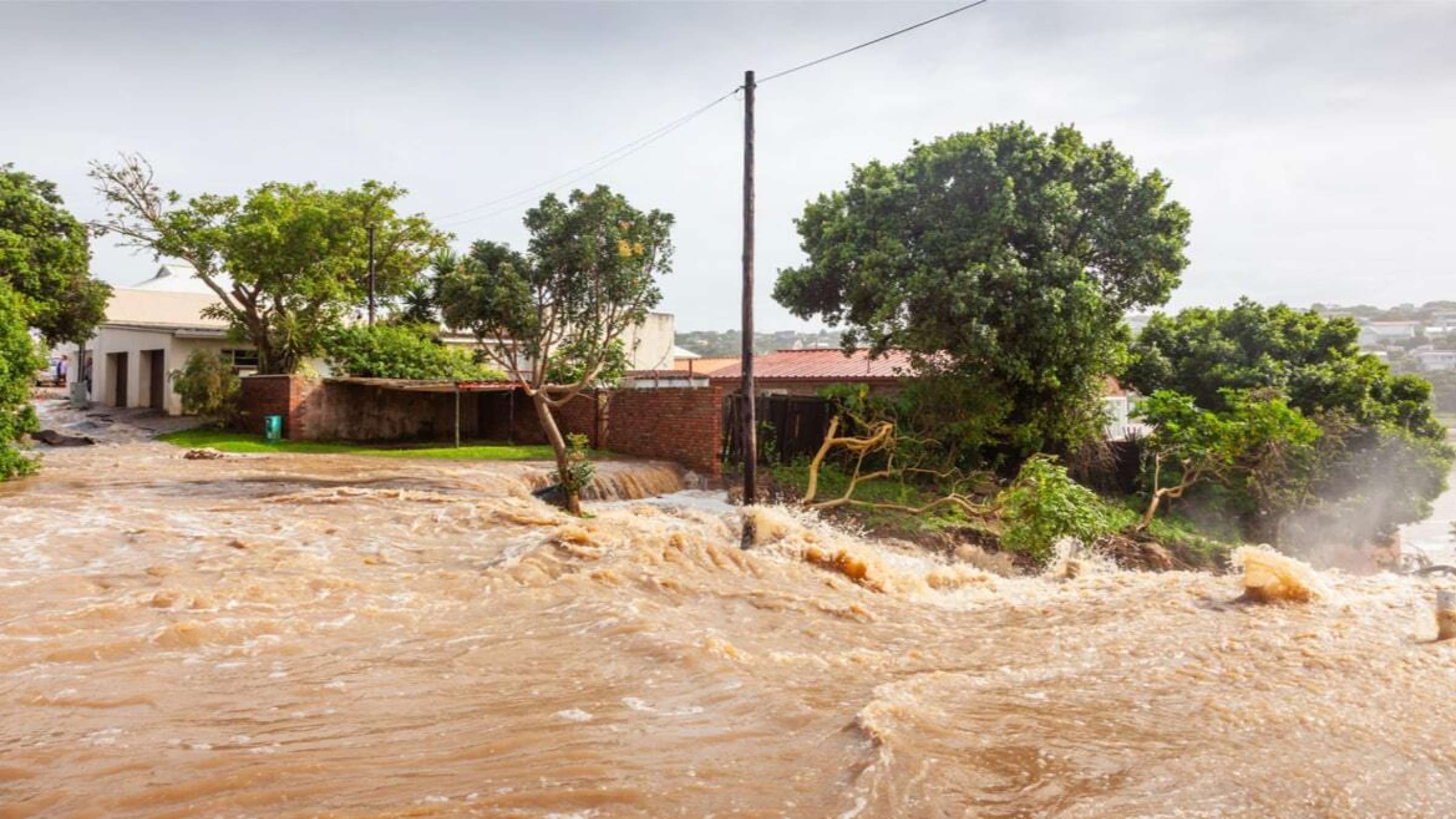 South Africa experienced catastrophic floods and landslides in the eastern coast of the provinces of KwaZulu-Natal (KZN) and Eastern Cape (EC) following exceptionally heavy rainfall. Cyril Ramaphosa, the president of South Africa, has called the floods a “catastrophe of enormous proportions” and “the biggest tragedy we have ever seen”, and declared a national state of disaster on Monday 18 April 2022. In eThekwini, the municipality encompassing the city of Durban, the third largest city in the country, and surrounding areas, at least 435 people lost their lives. More than 40,000 people in total were affected by the floods and landslides which were driven by rainfall of, in parts, more than 350 mm of rain in two days.

Using published peer-reviewed methods, scientists from South Africa, the Netherlands, France, Germany, the US and the UK collaborate to assess whether and to what extent human-caused climate change altered the likelihood and intensity of extremely high 2-day rainfall in the affected area in KZN and EC.