Burkina Faso: Participants in a WFP soil rehabilitation project in Sirighin in March — 2.9 million people will face hunger during the upcoming lean season according to the latest Cadre Harmonisé figures. Photo: WFP/Evelyn Fey

At least 155 million people in 55 countries faced acute hunger in 2020 — 20 million more than 2019, according to figures from the 2021 Global Report on Food Crises, released today.

This marks a five-year high for people facing life-threatening acute food security, accompanied by a breakdown in livelihoods. It comes after aid organizations issued a joint warning about the very real prospect of famine this year.

Published by the Global Network Against Food Crises — an alliance of government agencies and NGOs, including the World Food Programme (WFP), the report highlights the lethal combined impact of conflict, extreme weather and economic shocks, exacerbated, last year, by the COVID-19 pandemic. Yemen: Girls at a camp for internally displaced people in Mokha, in March — 400,000 children aged under-5 suffering severe acute malnutrition could die, while 2.3 million are on the brink. Photo: WFP/Annabel Symington

Arif Husain, chief economist at WFP said: “Our worst fears are coming true. Needs are nowhere near subsiding — acute hunger is up, chronic hunger is up and extreme poverty is up. Million remains on the verge of famine due to conflict. There is no end in sight unless we resolve conflict. Till then, without immediate action, millions will starve — the window to avert famine is closing fast.”

In a joint statement, the EU, USAID, the UN’s Food and Agriculture Organization and WFP, said: “The outlook for 2021 and beyond is grim.”

In 2020, Burkina Faso, South Sudan and Yemen witnessed IPC 5 — ‘catastrophe’ levels of food insecurity on the Integrated Food Security Phase Classification system — with 133,000 people facing starvation. The number has since risen to 155,000.

At least 28 million people were one step away from famine, at IPC phase 4, the ‘emergency’ level, across 38 countries and territories. This has since risen to 34 million.

Calling for a  “radical transformation of our agri-food systems” to achieve the UN’s Sustainable Development Goals, the organizations said: “The COVID-19 pandemic has revealed the fragility of the global food system and the need for more equitable, sustainable and resilient systems to nutritiously and consistently feed 8.5 billion people by 2030. 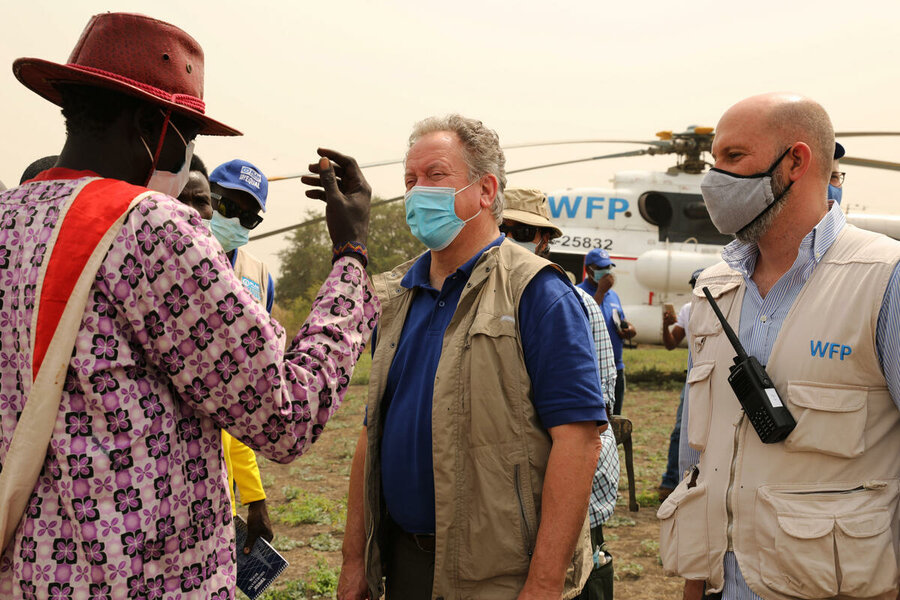 “The protracted nature of most food crises shows that long-term environmental, social and economic trends compounded by increasing conflict and insecurity are eroding the resilience of agri-food systems. If current trends are not reversed, food crises will increase in frequency and severity.”

WFP needs US$5 billion to avert famine and meet the urgent food and nutrition needs of at least 34 million people who are currently most at risk. That is around a third of what the UN agency needs to achieve its target of assisting 138 million people this year.

In a press release, the organization said: “The price of doing nothing in the face of these growing hunger needs will inevitably be measured in terms of lost lives. Famine has a long-term economic impact, from lost productivity to spiking healthcare costs — not to mention the incalculable cost of losing the human potential of whole generations and crippling a nation’s future.” Burkina Faso: Half-moon shapes are dug in Sirighin to ensure rainwater stays in place and seeps into the soil, making it more fertile. Photo: WFP/Evelyn Fey

“Every day, we work with people who are fully capable of producing or earning enough to feed themselves and their families,” the letter said. “These people are not starving, they are being starved. These girls and boys, men and women are being starved by conflict and violence; by inequality; by the impacts of climate change; by the loss of land, jobs or prospects; by a fight against COVID-19 that has left them even further behind.”

In March, UN Secretary-General António Guterres established a High-Level Task Force on Preventing Famines. The initiative, which leverages the resources and efforts of multiple agencies, aims to mobilize support to for the countries hit hardest by famine while taking a coordinated approach to prevention. 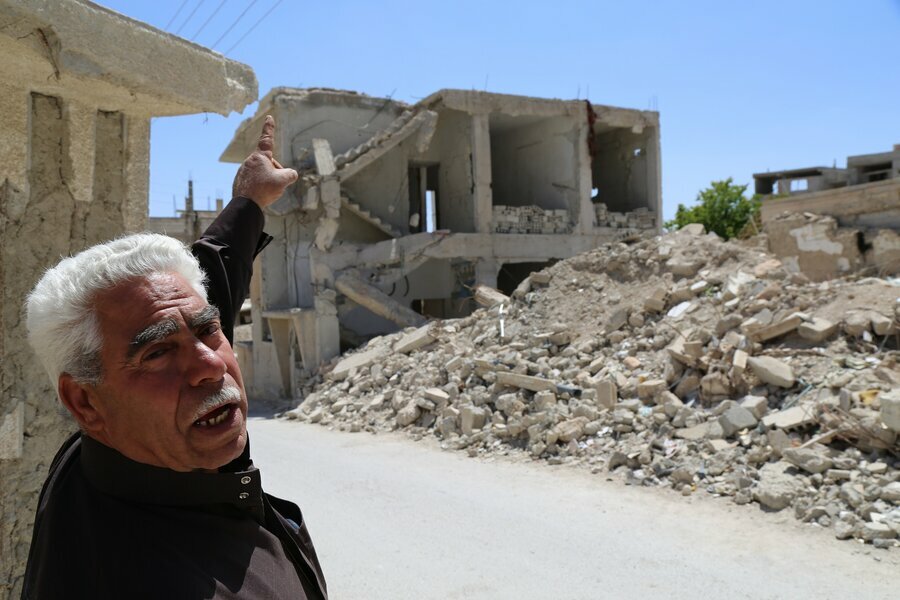 Syria: A man points to the ruins of his home in Qara town, Rural Damascus, in May 2015 — today 12.4 million people in the country are weathering the worst food crisis since the start of the decade-old conflict in 2011. Photo: WFP/Hussam Al Saleh

He said: “Conflict and hunger are mutually reinforcing. We need to tackle hunger and conflict together to solve either… We must do everything we can to end this vicious cycle. Addressing hunger is a foundation for stability and peace.”

To mark the report's launch, the Global Network Against Food Crises will hold a high-level virtual event to release the latest figures on how many people are facing acute hunger and malnutrition in crisis-prone countries.

The network will also promote resilient agri-food systems, combating climate change and preserving biodiversity in forthcoming events such as the UN Food Systems Summit, the Convention on Biodiversity, the G7 and G20 summits, the Climate Change Conference, and the Nutrition for Growth Summit.