Smallholder farming systems in the Indian Himalayas: Key trends and innovations for resilience 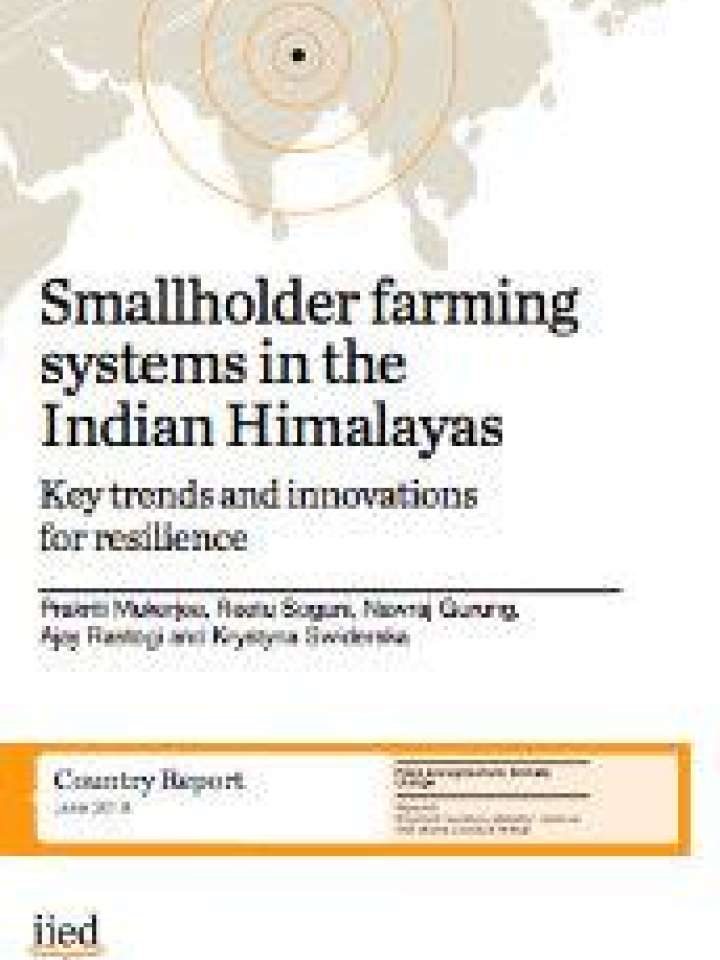 This report provides the findings of the Smallholder Innovation for Resilience (SIFOR) project baseline study in India. The study explored key trends in livelihoods and migration, food security, crop diversity and seed systems, climate change, and social capital, which provide the context for innovation. It explored biocultural innovations developed in response to climatic and socioeconomic changes, and the people, institutions, networking and community-level factors supporting their development. It entailed a qualitative baseline study in 2012–2013 and a quantitative survey in 2013–2014, involving 165 households in total.

The project is based in two sites in India: five traditional farming villages in the Central Himalayas (CH) and five Lepcha and Limbu villages in the Eastern Himalayas (EH). The CH population practise Hinduism and follow the caste system, but most people own and till their own land. Forests have always formed an integral part of their agricultural practices, with people depending on forest biomass for fuel, fodder and compost. In the EH, a subtropical forest and biodiversity hotspot, the Lepcha are instinctively hunter-gatherers whereas the Limbu were the chief cattle merchants. Agriculture continues to be the primary source of livelihood in both regions, with a shift towards market agriculture, although traditional mixed farming systems continue.

The communities in the CH and EH do not distinguish the biological and cultural realms: they consider nature sacred, and traditional knowledge of trees, crops, animals and home remedies play an important part in their livelihoods. Festivals and food form a seamless part of their traditions, and traditional knowledge, rituals and practices reflect their cultural values of reciprocity, solidarity, equilibrium and collectivity.