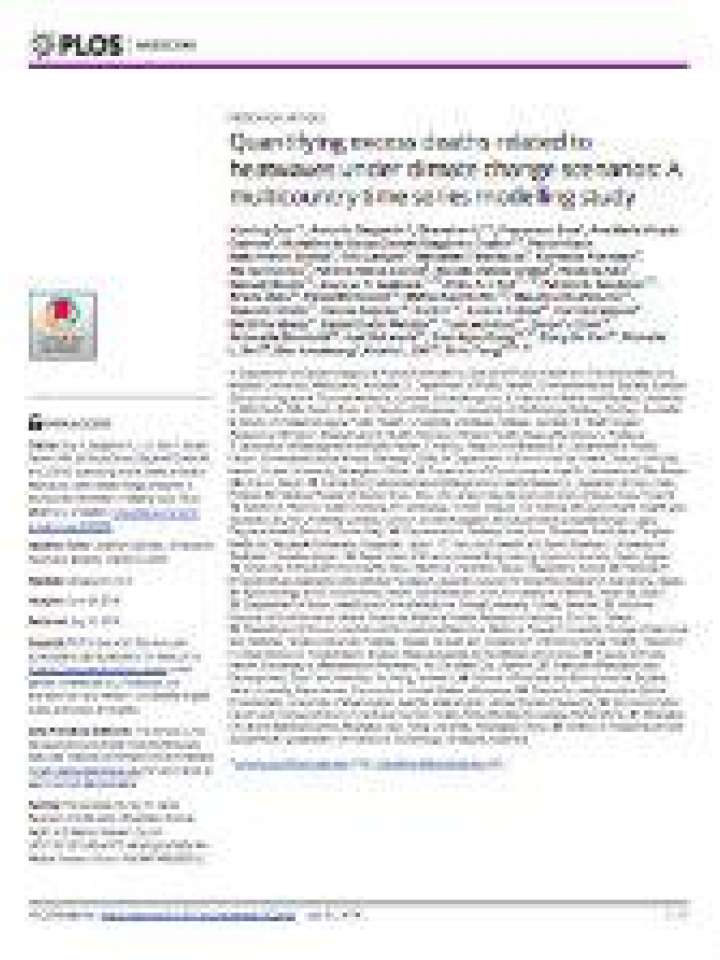 Evidence about the impacts of climate change on heatwave-related mortality at a global scale is limited. This study provides a comprehensive characterisation of future heatwave-related excess mortality across various regions and under alternative scenarios of greenhouse gas emissions, different assumptions of adaptation, and different scenarios of population change. The projections can help decision makers in planning adaptation and mitigation strategies for climate change.