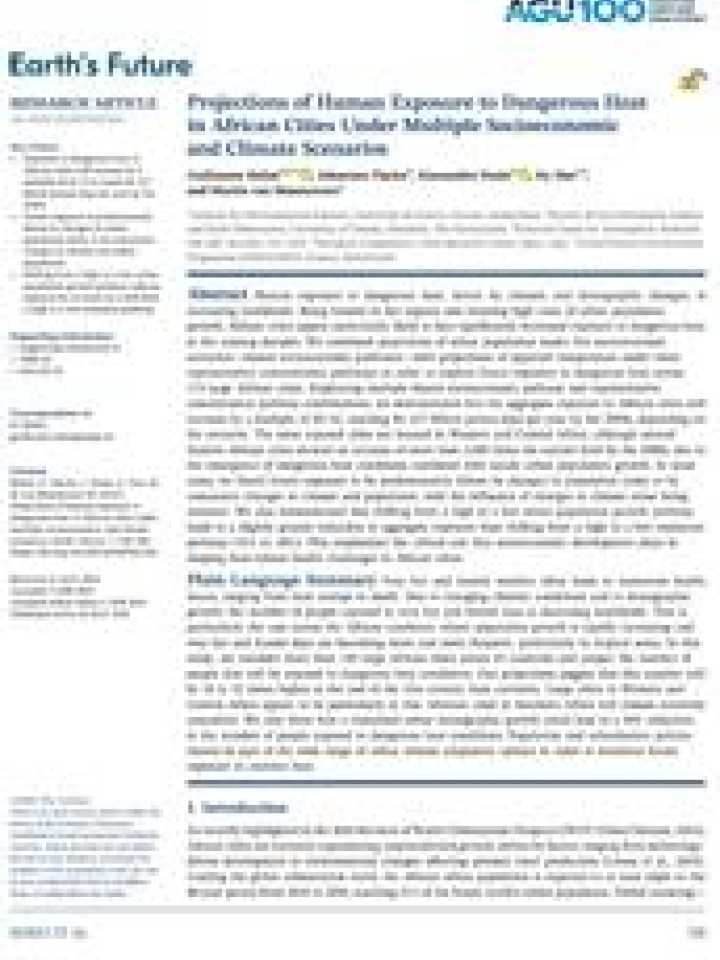 Employing multiple shared socioeconomic pathway and representative concentration pathway combinations, this report demonstrates that the aggregate exposure in African cities will increase by a multiple of 20–52, reaching 86–217 billion person‐days per year by the 2090s, depending on the scenario. The most exposed cities are located in Western and Central Africa, although several Eastern African cities showed an increase of more than 2,000 times the current level by the 2090s, due to the emergence of dangerous heat conditions combined with steady urban population growth.

In most cases, the report finds that future exposure to be predominantly driven by changes in population alone or by concurrent changes in climate and population, with the influence of changes in climate alone being minimal. The authors also demonstrate that shifting from a high to a low urban population growth pathway leads to a slightly greater reduction in aggregate exposure than shifting from a high to a low emissions pathway (51% vs. 48%). This emphasizes the critical role that socioeconomic development plays in shaping heat‐related health challenges in African cities.