‘Doble afectacion’: living with disasters and conflict in Colombia 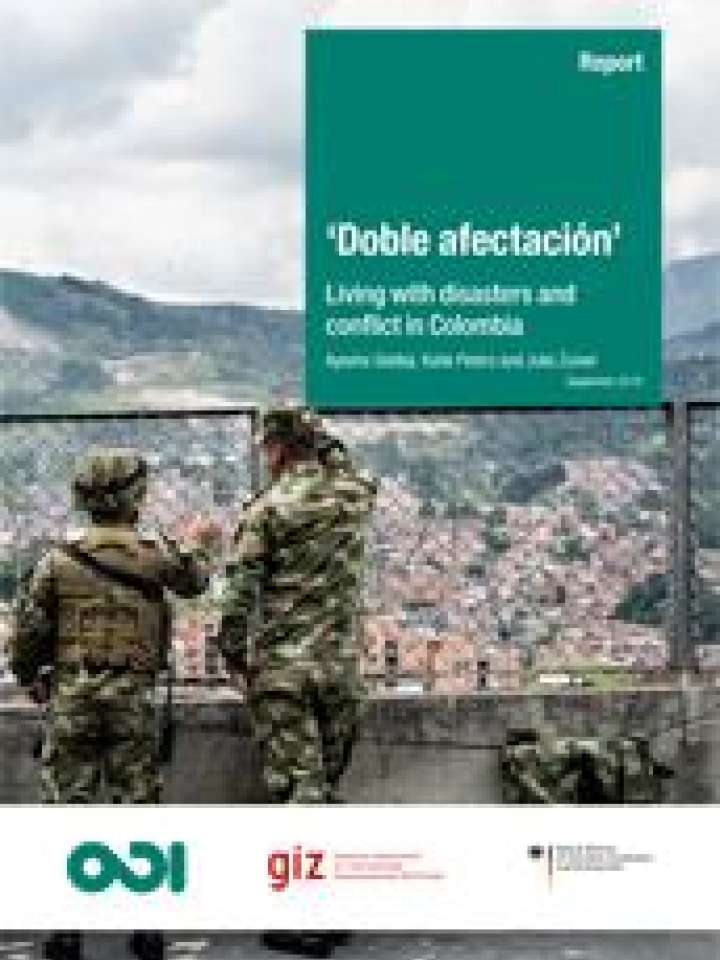 Colombia is considered one of the most advanced countries in Latin America for disaster risk reduction (DRR). Decades of state engagement in large-scale disasters has generated a relatively mature legal and institutional framework governing disaster response and risk reduction. However, the country also has a long history of conflict, involving targeted killings, generalised violence, kidnapping and extortion.

As in many other parts of the world, Colombia’s current DRR policy and practice fail to take adequate account of the conflict situation. As a result, large numbers of conflict-displaced people (an estimated 15% of the country’s population is internally displaced) are highly vulnerable.

This case study sheds light on why disaster risk is so high in Colombia, and how disasters and conflict interact to increase vulnerability. In addition to exploring the current national institutional and policy frameworks for DRR, it includes a critical analysis of two recent disasters: a landslide in the Mocoa area in 2017 and the structural failure of a dam resulting in severe flooding of the Cauca River in 2018.

The findings highlight the complex and inherently political nature of DRR efforts in a context of conflict, protracted displacement and troubled state–society relations. The study highlights the need for an approach that goes beyond technocratic solutions; the reality that there are competing visions for DRR in conflict situations; and the fundamental necessity of rebuilding the social contract and recognising the rights and voices of affected citizens.