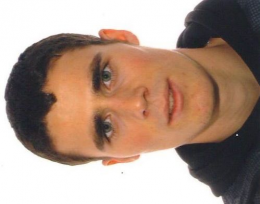 Colin Walch is a post-doctoral researcher at the University of California, Berkeley, and a lecturer at the Department of Peace and Conflict Research, Uppsala University. He has conducted field research in Mali, Philippines, Myanmar, and India, and previously worked for various NGOs in Liberia and Colombia. His work focuses on disaster management in situations of armed conflict and fragility.

The Sendai framework: A roadmap for conflict prevention

Secretary-General Antonio Guterres has called on the UN system to reform by placing prevention at the heart of its work. While there is a strong consensus on the need to strengthen prevention, how to reform the United Nations towards this goal remains unclear. We suggest that the Sendai Framework for Disaster Risk Reduction could be used as a roadmap for mainstreaming prevention inside the United Nations system.

Intractable conflicts, including the war in Syria and Yemen and rising levels of instability in the Democratic Republic of the Congo (DRC) and Burundi, have led to renewed discussions on the need for prevention-focused work at the United Nations. Secretary-General Guterres has called for the implementation of the Security Council (SC) resolution 2282 (2016) and General Assembly (GA) resolution 70/262 on “sustaining peace,” which call for an “understanding of prevention as, not merely a tool for managing short-term crises, but rather an approach to sustaining peace in the long term.” Prevention-focused work would require short-, medium-, and long-term goals across the UN system that benefits from the added value/comparative advantage of the different parts of the organization and other stakeholders. Yet, how prevention materializes into operational and programmatic work across the system remains unclear, and the organization is currently examining the options at its disposal.

The 2015 Sendai Framework for Disaster Risk Reduction 2015-2030 outlines work in disaster risk management by preventing new risks and reducing existing ones. The Framework provides guidelines to national government for strengthening their capacity to prevent disasters and reduce risks and loss from disaster. The Sendai framework recognizes the importance of addressing underlying risk driver to mitigate the impact of natural disasters. We argue that this preventive focus may also work to address many of the root causes of armed conflict and guide the UN system towards a prevention objective. The Framework, if properly implemented, would tackle three sets of factors that increase both disaster and conflict risks:

The Sendai Framework addresses several factors that put populations at risk of disaster and conflict. The Framework’s focus on inclusive and participatory capacity building at the local, regional, national and global level with a diversity of actors and stakeholders mirrors the debate centered on prevention that is taking place within the broader UN system. Many of the recommendations being discussed currently at the UN regarding prevention, such as the need for system-cohesiveness and inclusion of a diversity of actors, the need for people-centered approaches to prevention, and the primacy of local and national actors in prevention are parallel to the goals delineated within the Sendai Framework.

A prevention-driven United Nations will require creative and innovative solutions that force the system to break away from its bureaucratic and institutional silos. The Sendai Framework by setting an example in disaster prevention could more directly influence the discussion on conflict prevention and sustaining peace at the UN.