What can Africa learn from other countries about combatting severe floods? 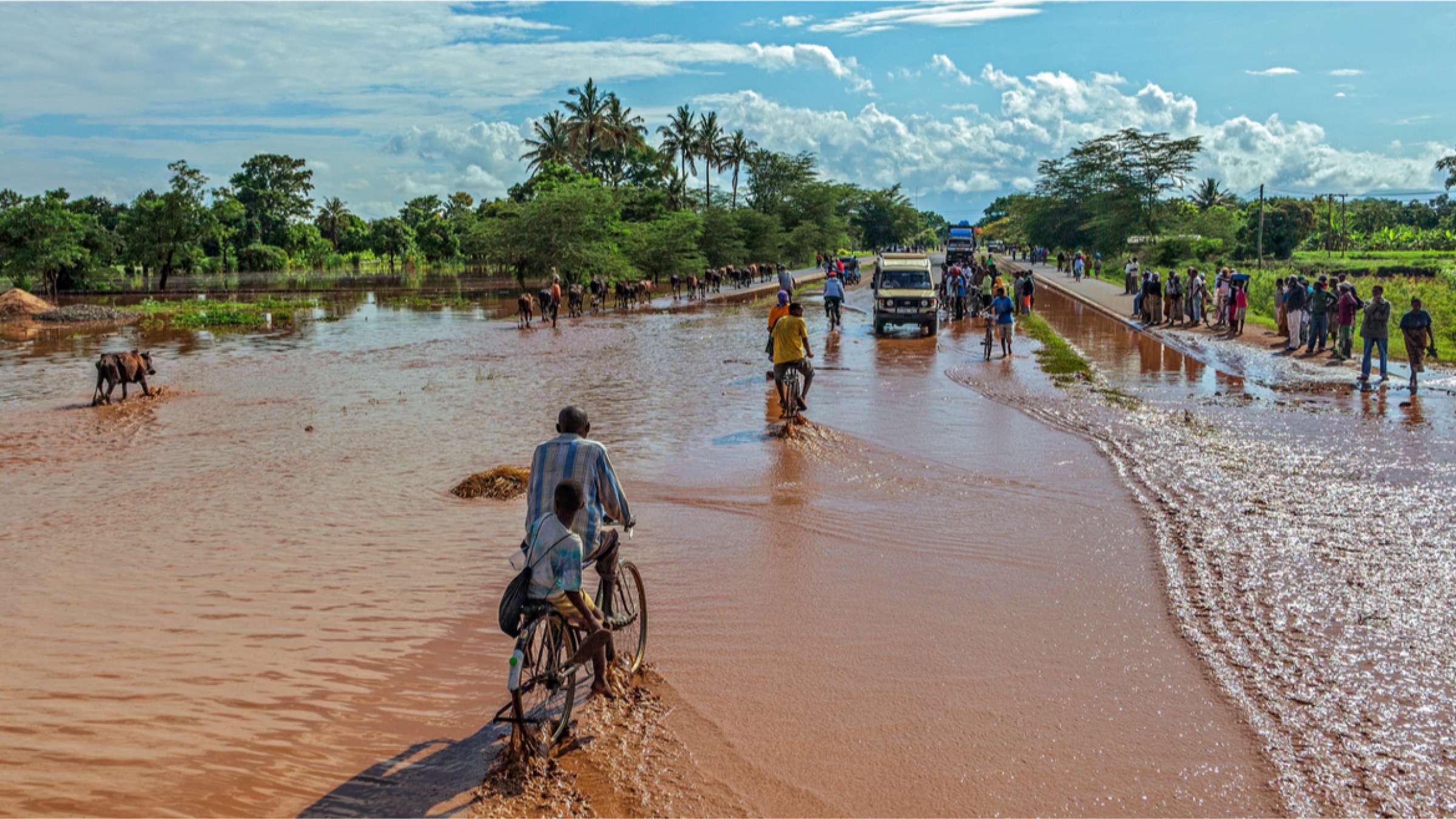 Flood researchers keenly watch the evolution and response to extreme flooding events, especially in Africa, where my research is focused. As these disasters unfold, and in many cases the fatalities rise, the reports make the headlines for a day or two – and then trail off just as quickly.

Yet the reality of the damage caused – the lives lost, the property destroyed – is often far greater than these media stories convey. With Africa’s growing population, a rapidly rising number of people are exposed to floods. At the same time, the worrisome frequency and magnitude of these events is increasing with the changing climate.

Extreme climate events cause loss of life, and damage to property and infrastructure worth billions, forcing communities and nations into long recovery periods, and they are a phenomenon found across the globe. In 2021 alone, floods hit Europe and China in July, as well as Nigeria, Uganda and Kenya among other countries in Africa. Wildfires raged in Greece and Turkey, and California and Oregon in the United States, while long-term droughts continued to afflict Kenya.

These events know no boundaries, and no continent, region, county, town or village is immune to climate extremes. This was evident in the Intergovernmental Panel on Climate Change’s Sixth Assessment Report, as well as other literature such as the Global Climate Risk Index.

The key question is: how well prepared are nations to take effective action before, during and after extreme climate events? And, from my own professional perspective: what can Africa learn from recent flooding disasters elsewhere in the world?

The scale of flooding in Africa

In first nine months of 2021 (January to September), floods in Africa destroyed over 20,000 homes and affected over 3 million people, according to conservative estimates. Striking incidents include:

These countries are currently grappling with the global COVID-19 pandemic, with much attention and resources diverted to tackle its impacts. Yet at the same time, floods continue to kill people in their thousands. In Eastern Africa, where my research is focused, floods are common throughout the rainy seasons, with recent cases in Burundi, Kenya, Somalia and Uganda. The cumulative disruption in these four countries saw over 500,000 people displaced and much damage to infrastructure. As the flood waters recede, some semblance of ‘normal’ life’ returns – and the recovery of affected communities is quickly forgotten. Devastating news, such as broken bridges and massive landslides caused by the raging floodwater, hit mainstream and social media for hours, and then other stories take their place and it becomes a forgotten story.

The need for better forecasting in Africa

The onset of floods is a gradual process, with the impacts amplifying to a disaster over time. Furthermore, disasters cannot have an impact in the absence of a social context. Extreme events in an area with no population are not classified as disasters: their impacts depend on vulnerability and exposure levels.

Reducing this vulnerability is key to minimizing fatalities, but this is a complex process in Africa, due to gaps and conflicts within the multiple stakeholders who need to be engaged. Decision-making processes are influenced by power, and these are crippled in many African countries.

Compare, for example, the recent flooding events in Europe (e.g., Germany and the UK) and Africa (e.g., Kenya, Nigeria, Somalia). There is a remarkable difference in terms of response and recovery, forecasting, the dissemination of information, and media coverage.

For instance, flood forecasts for Germany were issued by the European Flood Awareness System before the event, and bulletins sent to relevant authorities. Despite this, there were still fatalities, but there was also a significant media presence and subsequent discussions around what went wrong and what lessons could be learnt for the future.

African floods, on the other hand, often experience challenges and limitations in terms of processing forecasts, disseminating information and media coverage and, as a result, in response and recovery efforts.

It is important to acknowledge the challenges in forecasting flood events in most of Africa countries, and within their National Hydrological and Meteorological Services (NMHS).  These include data scarcity, a lack of customised models, and uncertainties in global forecasts, among others.

To offer integrated weather and climate information to communities, NMHSs must build their capabilities across the whole service delivery chain. Enhanced and targeted impact-based forecasting, the timely distribution of accurate and readily understood information, and delivery to the public and other sectors are the basic matrices considered by the scientific community as necessary for reducing the impacts of climate extremes in Africa, and the world at large. The adoption of such a comprehensive methodology is prioritized in the WMO’s Multi-hazard Early Warning Systems: A Checklist guidelines, which supports the Sendai Framework for Disaster Risk Reduction.

At the same time, there is a need for more African countries to embrace the available early warning systems, such as the Global Flood Awareness System (GloFAS). This should be an ongoing process: ‘closing the chapter’ at the end of a flood event, without taking actionable steps to reduce the impacts of similar events in the future, cannot save nations from the frequent devastating impacts of floods. Improved use of forecasts can also help African countries to adopt new approaches that reduce the impacts of floods, such as anticipatory action.

The connection between the media and science communication, knowledge and behaviour has proved to be beneficial. The media promotes an increased understanding of the onset and evolution of extreme events, the mobilization of response efforts, a discussion of these subjects with others, and the facilitation of online debates on matters surrounding climate change and their potential impacts on communities. Therefore, the media is critical in the dissemination of information – and should work closely and collaboratively with other actors more vibrantly than at present.

However, information is irrelevant if it is not acted upon. Governance and institutional arrangements at the country level should be efficient at utilizing the information available to mobilize early action, preparedness and policy implementations to respond to the warnings received.

This highlights the need for effective actions to be undertaken before, during and after a flooding event, since it is the combination of such actions that will determine the consequences for exposed communities. Improved flood monitoring, forecasting and early warnings combine with the capacity of affected communities and disaster response policies, among other factors, to determine the losses that result from hazards, including floods and extreme rainfall events.

Scientists make empirical and theoretical contribution to research; media facilitates the communication process; and policymakers act on the information provided for an efficient working system. This collective action by actors at different levels is paramount in addressing a shared problem.