European summer droughts since 2015 unprecedented in past two millennia 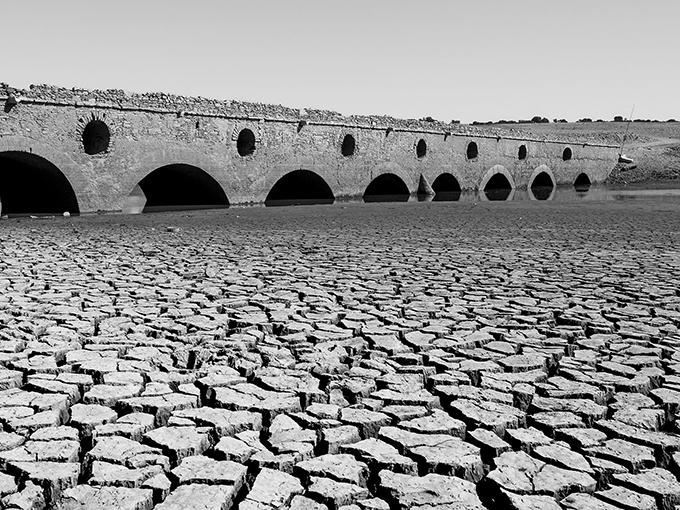 An international team of scientists found that drought conditions since 2015 suddenly intensified, beyond anything in the past two thousand years.

Recent summer droughts in Europe are far more severe than anything in the past 2,100 years, according to a new study.

An international team, led by the University of Cambridge, studied the chemical fingerprints in European oak trees to reconstruct summer climate over 2,110 years. They found that after a long-term drying trend, drought conditions since 2015 suddenly intensified, beyond anything in the past two thousand years.

This anomaly is likely the result of human-caused climate change and associated shifts in the jet stream. The results are reported in the journal Nature Geoscience.

Recent summer droughts and heatwaves in Europe have had devastating ecological and economic consequences, which will worsen as the global climate continues to warm.

“We’re all aware of the cluster of exceptionally hot and dry summers we’ve had over the past few years, but we needed precise reconstructions of historical conditions to see how these recent extremes compare to previous years,” said first author Professor Ulf Büntgen from Cambridge’s Department of Geography, who is also affiliated with CzechGlobe Centre in Brno, Czech Republic. “Our results show that what we have experienced over the past five summers is extraordinary for central Europe, in terms of how dry it has been consecutively.”

Most studies attempting to reconstruct past climates are restricted to temperature, but stable isotopes in tree rings can provide annually-resolved and absolutely-dated information about hydroclimatic changes over long periods of time.

Büntgen and his colleagues from the Czech Republic, Germany and Switzerland studied more than 27,000 measurements of carbon and oxygen isotopic ratios from 147 living and dead European oak trees, covering a period of 2,110 years. The samples came from archaeological remains, subfossil materials, historical constructions and living trees from what is now the Czech Republic and parts of south-eastern Bavaria.

“Generally, our understanding is worse the further back we go back in time, as datasets looking at past drought conditions are rare,” said Büntgen, who is a specialist in dendrochronology, the study of data from tree-ring growth. “However, insights before medieval times are particularly vital, because they enable us to get a more complete picture of past drought variations, which were essential for the functioning and productivity of ecosystems and societies.”

For each ring in each tree, researchers extracted and analysed carbon and oxygen isotopes independently, enabling them to build the largest and most detailed dataset of summer hydroclimate conditions in central Europe from Roman times to the present.

Stable tree-ring isotopes differ from the usual tree-ring measures of ring width and wood density, as they reflect physical conditions and tree responses rather than net stem growth. “While carbon values depend on the photosynthetic activity, oxygen values are affected by the source water. Together, they closely correlate with the conditions of the growing season,” said co-author Professor Paolo Cherubini from the Federal Research Institute WSL in Birmensdorf, Switzerland.

The samples from 2015-2018, however, show that drought conditions in recent summers far exceed anything in the 2,110 years: “We’ve seen a sharp drop following centuries of a slow, significant decline, which is particularly alarming for agriculture and forestry,” said co-author Professor Mirek Trnka from the CzechGlobe Research Centre in Brno, Czech Republic. “Unprecedented forest dieback across much of central Europe corroborates our results.”

The researchers say that the recent cluster of abnormally dry summers is most likely the result of anthropogenic climate warming, and the associated changes in the jet stream position. “Climate change does not mean that it will get drier everywhere: some places may get wetter or colder, but extreme conditions will become more frequent, which could be devastating for agriculture, ecosystems and societies as a whole,” said Büntgen.

Extreme drought and fire risk may double by 2060