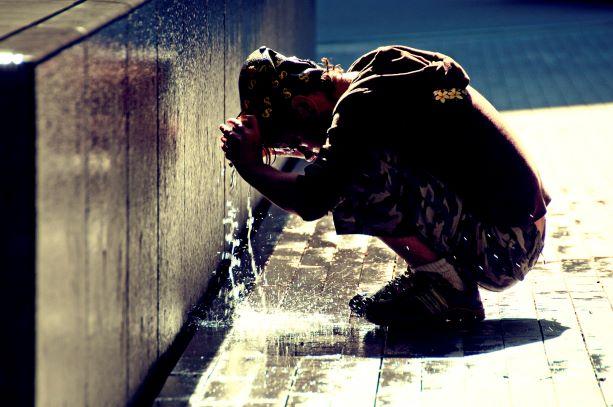 LONDON, June 12 (Thomson Reuters Foundation) - From subsidies to help the poor buy air-conditioners to more shade awnings at retirement centres and heat warnings along with food deliveries, cities are trying out innovative ways to help the most vulnerable battle expected record heat this summer.

Such efforts are crucial both as climate change brings a fast-rising threat of heatwaves, and as awareness grows of the particular vulnerability of some communities, from the elderly to racial minorities, city planning experts said this week.

"How do you prioritise neighbours first (that) you know are at risk?" asked Johanna Lovecchio, associate director of Columbia University's Center for Resilient Cities and Landscapes, during an online event on heat vulnerability.

In the Dutch city of The Hague, overlaying maps of social deprivation and heatwave temperatures showed that people living in the city centre are at higher risk, among them ethnic minorities and the elderly, said Anne-Marie Hitipeuw-Gribnau, the city's chief resilience officer.

To help protect them, the city and the Red Cross are now putting notes warning about heat risks in food deliveries to the elderly and other vulnerable families, as part of The Hague's coronavirus response effort.

The city of 550,000 also is expanding subsidies for the installation of cooling green roofs to include housing corporations, not just private homeowners.

Originally, those who applied for the subsidy were not "in the areas where we need it most", said Hitipeuw-Gribnau - something the policy tweak aims to fix.

In addition, the city is encouraging the removal of heat-trapping paving, to be replaced with trees and water-harvesting structures in many squares, both to bring down temperatures and create more appealing public areas.

Like many northern European cities, The Hague was not built with heat risks in mind and air-conditioning use is low, but "we see more and more the impact of heatwaves", said Hitipeuw-Gribnau.

But in Shapira, a more deprived southern district near the central bus station, residents face hotter conditions - including children's playground surfaces that can hit 70 degrees Celsius (160 degrees Fahrenheit) in the summer, she said.

To lower heat risks, resilience advisors including Lovecchio worked with residents to brainstorm solutions that would both cool Shapira and boost the use and appeal of its public spaces.

They ended up with a plan - now being carried forward by the municipality - to create "cool corridors" with more trees for shade along the narrow streets and in public squares, with colourful art on sidewalks, Lovecchio said.

Many other cities are experimenting with similar changes, including more shade-giving structures outside senior citizen facilities "so people aren't stuck inside all day", she said.

Seville, in southern Spain, has stretched fabric shades between buildings lining its narrow streets to bring down the temperature below, while New York has announced a "cooling benefit" to help the poor buy and install home air-conditioning, she said.

Lovecchio said the key to getting policies right was starting with a clear look at local vulnerabilities - and then making sure at-risk communities help guide the changes made.

In a year when COVID-19 lockdowns will remove some of the usual tricks to beat the heat - from going to cinemas to spending time in shopping malls - finding ways to provide more cool public spaces will be crucial, Hitipeuw-Gribnau said.

"COVID-19 will hit the more vulnerable in our societies" - and heat will do the same, she said.