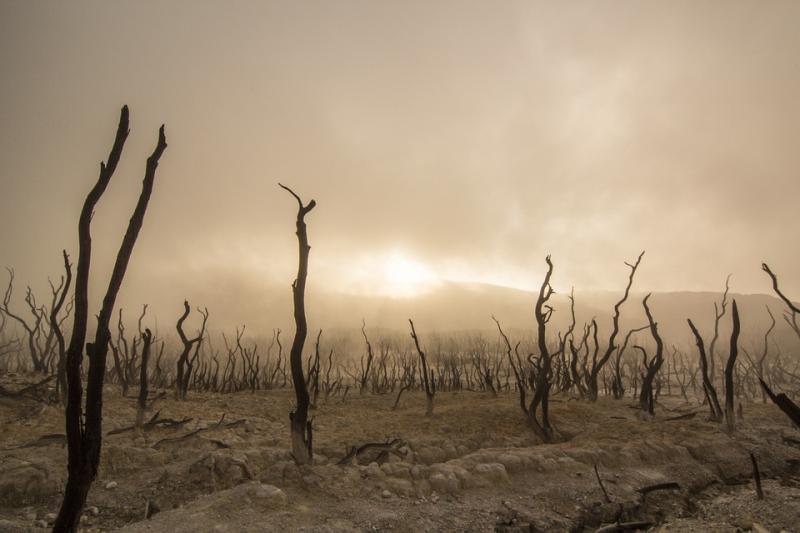 War, extreme weather and economic woes in 2018 left more than 113 million in dire need of help

Food crises will affect tens of millions of people across the world this year, researchers warned on Tuesday, after war, extreme weather and economic woes in 2018 left more than 113 million in dire need of help.

Conflict and insecurity were responsible for the desperate situation faced by 74 million people, or two-thirds of those affected, in 2018, said the the Global Network against Food Crises in its annual report.

The Network's members include the United Nations' Food and Agriculture Organization (FAO) and World Food Programme, and the European Union.

Analysing 53 countries, it uses a five-phase scale with the third level classified as crisis, fourth as emergency and fifth as famine/catastrophe.

"The 113 million is what we call the tip of the iceberg. If you look at the numbers further down, you have people who are not food insecure but they are on the verge," Russo told the Thomson Reuters Foundation.

These people, a further 143 million, are "so fragile that it just takes a bit of a drought" for them to fall into food crisis, he said.

"Unless we work substantially on these people and remove some of the drivers that can bring them to a worse situation, the overall numbers are likely to increase," Russo added.

Of countries that suffered food crises in 2018, the worst affected was Yemen, where nearly 16 million people needed urgent food aid after four years of war, followed by the Democratic Republic of Congo at 13 million and Afghanistan at 10.6 million.

As dire as the situations seem, they would be worse without international humanitarian assistance, with estimates showing the number of hungry people in Yemen would have reached more than 20 million, Russo said.

This is the third year running where the number of people in food crisis hit more than 100 million, but it is slightly lower than in 2017, when 124 million were in need of help.

The decrease is mainly because in 2018, countries did not experience the same levels of drought, flooding, erratic rains and temperature rises they did in 2017, said report.

However, climate shocks and conflicts would continue to cause hunger in 2019, the report added.

Dry weather and El Nino conditions are likely to affect southern Africa, Latin America and the Caribbean, while the needs of refugees and migrants in Bangladesh and Syria would remain high, it said.

"The number of displaced people, refugees and migrants are expected to increase if the political and economic crisis persists in Venezuela," it added.

The study excluded 13 countries and territories including North Korea, Venezuela and Western Sahara due to a lack of recently validated data.

Feeding the world in a changing climate: An adaptation road map for agriculture

Regional overview of food security and nutrition in Africa 2018