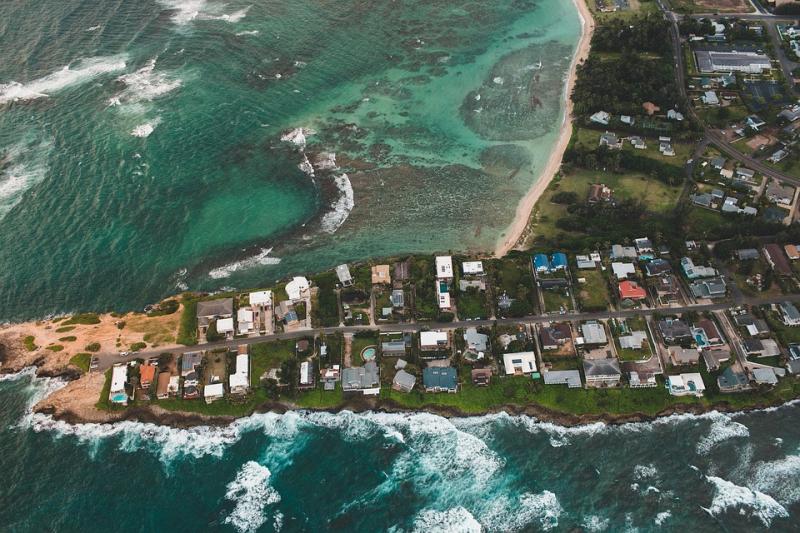 A recently developed early warning system can forecast floods on coral-lined coasts worldwide and could help save residents of low-lying island nations from unprecedented disaster, according to researchers.

An international team of scientists has developed a simplified system for delivering early flood warnings on many of Earth’s coral reef-lined coastlines and provides a marine flooding forecast out to seven days.

By predicting flood events in the short-term, researchers can help island communities mitigate the impacts of oncoming floods as they arise, according to researchers who presented the work this week at the 2018 American Geophysical Union Fall Meeting in Washington, D.C.

Over one hundred million people around the world live along coral reef-lined shorelines that are vulnerable to marine flooding that affects infrastructure, freshwater availability, agriculture, and habitats for threatened and endangered species. Future sea level rise and coral reef degradation will make these coasts even more vulnerable to flooding from more frequent storms, according to the researchers.

Curt Storlazzi, a research oceanographer from the U.S. Geological Survey who presented the work, is concerned about the impacts flood events will have on local populations.

“A lot of these folks are really tied to the sea,” Storlazzi said. “We’re gonna hit these critical tipping points where the impact is so frequent that you’re not gonna have a chance to recover.”

Early warning flooding systems are in place for some locations, but the vast majority of inhabitants of coral reef-lined coasts have no such system in place. So Storlazzi and other researchers from USGS and NOAA teamed up with scientists from the University of Hawaii and Deltares, an applied research institute in the Netherlands, to create a tool that forecasts flooding on Earth’s most vulnerable shores. They wanted to develop a global-scale, simplified warning system based on existing science and prediction tools.

The researchers looked at data on fluctuating sea surface levels, daily wave heights and specific reef characteristics to create an artificial database that provides flood forecasts for up to seven days. The hypothetical lookup table provides researchers with 400,000 unique combinations that can be applied to complex reef scenarios.

These models give local communities a chance to mitigate the damage. The researchers expect the early warning system could be running in experimental mode for many coasts around the world within two to three years and could help prioritize high-risk areas.

“This is a tool that can be applied globally, and that’s our hope, basically to save dollars and lives,” Storlazzi said.

In addition to local flood forecasts, the team uses satellite imagery to track the height of waves and sea surface levels on a global scale. William Skirving, a satellite oceanographer from NOAA, leads these atmospheric investigations to find answers about what areas on Earth will be hit hardest.

Considering the thousands of small islands of all different shapes and sizes, researchers from Deltares plug satellite information into their models to forecast which islands will be of most concern. The database gives researchers a better idea of which places need to be prioritized in the event of coastal flooding, allowing scientists to model different flood scenarios based on changing sea level and wave transformation parameters.

As scientists continue collaborating across borders to protect coral reef environments everywhere, these wave and flood models shed light on an ongoing climate refugee crisis that will continue driving people out of their homes in search of safety, according to Skirving.

“Your climate footprint can affect people somewhere else in the world and ruin their lives, literally,” he said.

Reaching the most vulnerable across the border: Community-based flood early warning systems