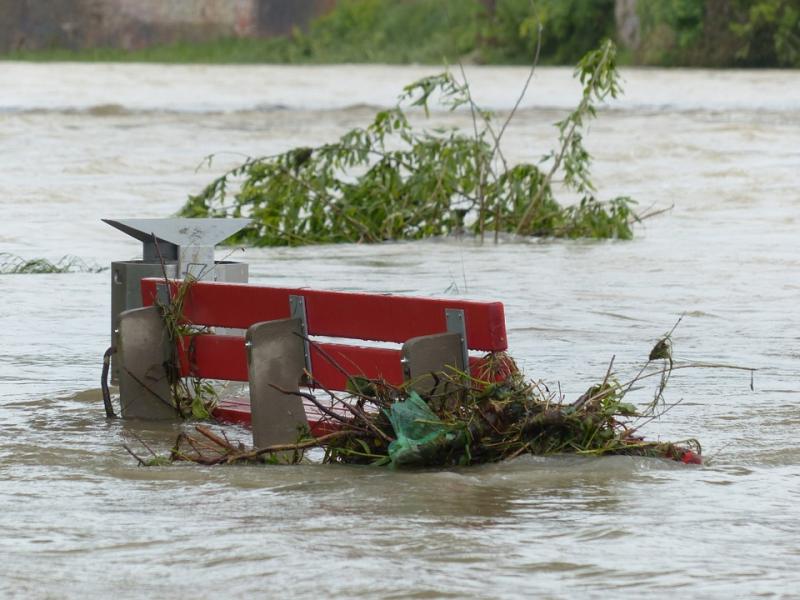 The U.S. Northern Plains and East Africa droughts of 2017, floods in South America, China and Bangladesh, and heatwaves in China and the Mediterranean were all made more likely by human-caused climate change, according to new research published today in the Bulletin of the American Meteorological Society (BAMS).

The seventh edition of the report, Explaining Extreme Events in 2017 from a Climate Perspective, also included analyses of ocean heat events, including intense marine heatwaves in the Tasman Sea off of Australia in 2017 and 2018 that were “virtually  impossible” without human-caused climate change. Also included are analyses of Australian fires and Uruguay flooding.

This is the second year that scientists have identified extreme weather events that they said could not have happened without warming of the climate through human-induced climate change.

“These attribution studies are telling us that a warming Earth is continuing to send us new and more extreme weather events every year,” said Jeff Rosenfeld, Editor in Chief of BAMS. "The message of this science is that our civilization is increasingly out of sync with our changing climate.”

The report presents 17 peer-reviewed analyses of extreme weather across six continents and two oceans during 2017. It features the research of 120 scientists from 10 countries looking at both historical observations and model simulations to determine whether and by how much climate change may have influenced particular extreme events.

BAMS Special Editor Martin Hoerling, a NOAA research meteorologist, said that while the events studied in this issue spanned six continents and a calendar year, what became clear is they are intimately connected.

"These studies confirm predictions of the 1990 First IPCC report, which foresaw that radical departures from 20th century weather and climate would be happening now," Hoerling said. "Scientific evidence supports increasing confidence that human activity is driving a variety of extreme events now. These are having large economic impacts across the United States and around the world.”

Here are some findings from research on 2017’s extreme weather published in this issue.

Climate change has made the chances of heatwaves in the Euro-Mediterranean region that are at least as hot as 2017’s three times more likely than they were in 1950. The chance of such a heatwave recurring is now 10 percent in any given year.

Heatwaves like the record-breaking 2017 event in central and eastern China were once rare. They are now one-in-five-year events due to climate change.

Climate change made the 2017 Northern Great Plains drought 1.5 times more likely by shifting the balance between precipitation and evapotranspiration of soil moisture.

Extreme, 6-day pre-monsoon rainfall that inundated northeast Bangladesh was made up to 100 percent more likely by climate change.

Climate change has made chances of the extreme rain that collapsed thousands of houses in southeastern China in June 2017 twice as likely.

Peru's flooding rains of March 2017 were influenced by a natural cycle of warm coastal waters, but human-caused climate change on top of that made such extremes at least 1.5 times more likely.

Scientists found that the record sea surface temperatures in the Tasman Sea in 2017 and 2018 were virtually impossible without global warming.

Extremely warm sea surface temperatures off the coast of Africa doubled the probability of 2017's East Africa drought, which left more than 6 million people in Somalia facing food shortages. An analysis found the extreme ocean warmth could not have occurred in a pre-Industrial climate.

Oceanic events—from unusual hot spots to sea-ice melt—are among the cases studied this year. The oceans participate in global warming, and there’s ample reason to believe that the reservoir of heat in the ocean will be a significant driver of extreme events on land.

The extreme weather events studied in the seven annual issues of the report were selected by researchers and do not represent a comprehensive analysis of events during that span. About 70 percent of the 146 research findings published in this series identified a substantial link between an extreme event and climate change; about 30 percent did not.

This year the report also goes beyond publishing attribution studies assessing the role of humancaused climate changes in extreme weather. The editors asked managers and planners in various sectors of society to reflect on the use of attribution science in preparing for future climate risks. Perspective essays on the importance of climate attribution science for managing water storage systems, planning for sea level rise and assigning legal liability after extreme weather events are included.

These perspectives underscore the need for climate scientists to work with decision makers to identify climate change effects on precisely defined risks that matter in high-stakes decisions.

“A decade ago, we were focused on continental-scale, months-long extremes,” Rosenfeld said. “Now researchers are often going after more local risks like heatwaves, fire danger, and floods on scales of a few days, for pinpointed areas of extreme impacts. In barely a decade, the research focus has evolved enough to address a wider scope of societal challenges.”