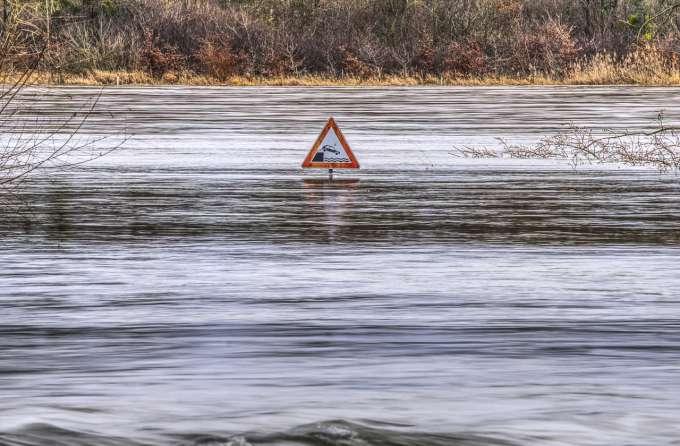 Rainfall changes caused by global warming will increase river flood risks across the globe. Already today, fluvial floods are among the most common and devastating natural disasters. Scientists have now calculated the required increase in flood protection until the 2040s worldwide, breaking it down to single regions and cities. They find that the need for adaptation is greatest in the US, parts of India and Africa, Indonesia, and in Central Europe including Germany. Inaction would expose many millions of people to severe flooding.

"More than half of the United States must at least double their protection level within the next two decades if they want to avoid a dramatic increase in river flood risks," says lead-author Sven Willner from the Potsdam Institute for Climate Impact Research (PIK). Without additional adaptation measures - such as enhancing dykes, improved river management, increasing building standards, or relocating settlements - the number of people affected by the worst 10 percent of all river flooding events will increase in many places: In Northern America from 0.1 to 1 million - while this seems not like a large number, it is a tenfold increase. In Germany it could rise sevenfold, from 0.1 to 0.7 million.

Absolute values are even bigger elsewhere: in South America the number of people affected by flooding risks will likely increase from 6 to 12 million, in Africa from 25 to 34 million, and in Asia from 70 to 156 million. The real numbers might be even higher in the future as population growth and further urbanisation is not taken into account.

The study is based on comprehensive computer simulations using existing data on rivers from a great number of sources. "While this data is not perfect for each and every river in the remotest corners of our planet, it certainly is sufficient for places where a lot of people live, a lot of financial values are accumulated, and where flood risks are substantial - we know enough about the places that matter," explains Willner. Data on changes in rainfall, evaporation and the like are from the worldwide largest modelling intercomparison project of climate impacts (ISIMIP), coordinated by Katja Frieler at PIK. The spatial detail of the new study is roughly ten times more precise than in commonly used climate computer simulations.

"We have been surprised to find that even in developed countries with good infrastructure the need for adaptation is big," says co-author Anders Levermann, head of global adaptation research at PIK and a researcher at Columbia University's Lamont-Doherty Earth Observatory in New York. "Our yardstick is that people want to keep the protection level they have today - they don't want things to become worse. Consequently, in countries with a fairly good level of protection, much has to be done to keep the same level of protection and prevent that people indeed have to leave their homes due to flooding."

If we do not limit climate change, risks will surpass our abilities to adapt

An increase in river flood risks over the next 2-3 decades will be driven by the amount of greenhouse-gases already emitted into the atmosphere, hence it does not depend on whether or not we limit global warming. "However, it is clear that without limiting human-caused warming to well below 2 degrees Celsius, river flood risks in our century will increase in many regions to a level that we cannot adapt to," says Levermann. "To keep people safe climate-change-induced risks must be taken seriously and money must be spent for adaptation. If we act now, we can protect against the risks of the next two decades. But further climate change must be limited by cutting greenhouse gas emissions from fossil fuels to avoid risks that surpass our abilities to adapt."

"The findings should be a warning to decision-makers," adds Levermann. "If they choose to ignore the issue, sadly enough disaster will come. The time has come where mitigating future climate change must be accompanied by adapting to the climate change that we already caused. Doing nothing will be dangerous."