Preparing transport for an uncertain climate future: I don’t have a crystal ball, but I have a computer 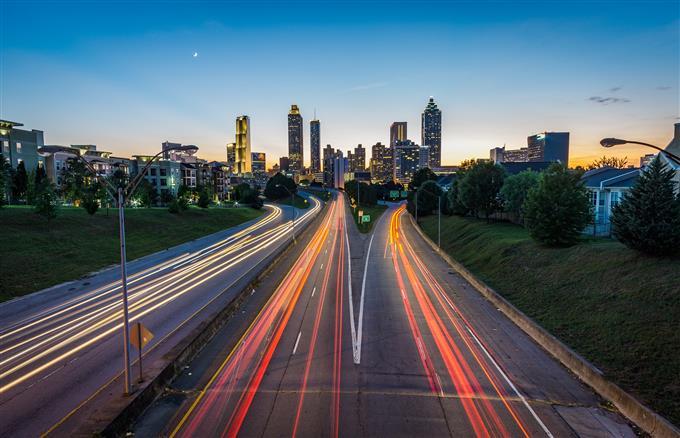 In 2015, severe floods washed away a series of bridges in Mozambique’s Nampula province, leaving several small villages completely isolated. Breslau, a local engineer and one of our counterparts, knew that rebuilding those bridges would take months. Breslau took his motorbike and drove the length of the river to look for other roads, trails, or paths to help the villagers avoid months of isolation. He eventually found an old earth path that was quickly cleaned up and restored… After a few days, the villagers had an alternative to the destroyed bridge, reconnecting them to the rest of the network and the country.

What happened in the Nampula province perfectly illustrates how a single weather event can quickly paralyze transport connections, bringing communities and economies to a screeching halt. There are many more examples of this phenomenon, which affects both developing and developed countries. On March 30th, a section of the I-85 interstate collapsed in Atlanta, causing schools to close and forcing many people to work from home. In Peru, food prices increase in Lima when the carretera central is disrupted by landslides because agricultural products can’t be brought to market.

How can we help countries improve the resilience of their transport networks in a context of scarce resources and rising climate uncertainty?

Step one: Identify the most critical roads

We created a tool that replicates what Breslau did with his motorcycle when the bridges collapsed, but exchanging his 2005 Honda for a computer.

Our tool simulates the consequences of removing one particular transport link from a wider network, such as a bridge or road, and evaluates the potential impact on users’ travel cost and time. We run this for each link in the network, one by one. After every possibility has been considered, we identify the most critical links as those which, if removed from the network, would force many users to travel for much longer, or at a much higher cost, or prevent them from reaching certain destinations.

Now we know which links are critical. The next question is: how likely are they to get disrupted?

To start answering this, we overlay a map of the transport network with maps of extreme events like floods, landslides, cyclones, and look for interactions and relationships. After identifying the transport links that are exposed to such events, we estimate their vulnerability. In other words: what does it take to disrupt or shut down a road? How high can the water rise before a bridge becomes impassable to trucks?

Once we’ve surveyed the transport infrastructure to evaluate its vulnerability to climate extremes, we need to determine how likely those climate events really are. That’s where things get tricky… In many places, we don’t have enough historical data to properly estimate the return period of a given climate event. And even when we do, climate change is making projections a lot less reliable… yesterday’s flood risks are no longer a good guide for the flood risks of tomorrow. On top of that, vulnerabilities are changing over time with evolving maintenance practices. And finally, current traffic patterns are hard to identify, and future ones are even harder to predict. Taken together, these factors make it hard to foresee the risk that the transport network will face in a few years. We end up with a range of possible future risks, which we have to use to make investment decisions.

…So how do you help clients allocate scarce resources when future risks are uncertain?

How do you choose between increasing maintenance, or investing in bigger culverts and elevating roads? Or perhaps building “redundant” roads is a better option to ensure people have an alternative route if the main link is disrupted?

This is where the “decision making under deep uncertainty” method comes in. For each critical link, we “stress-test” many different strategies to increase the resilience of the network, by calculating their economic performance across a wide range of future conditions. We identify the ones that will yield acceptable economic returns whatever happens to the climate, the traffic, or the vulnerability of the link. Unsurprisingly, the most robust strategy depends on the context. Increasing maintenance always yields positive returns and is often a robust option, but it does not prevent catastrophic impacts in places where the risk can be very high. In high risk places, increasing redundancy is a better option despite the high cost of building new roads.

Importantly, in Peru and in Mozambique we found that factoring climate risk into the economic analysis of projects could change the prioritization of a portfolio and allow projects initially neglected to get funds for completion or implementation.

Our approach allows clients to choose robust options among a set of pre-defined projects. But what if the most robust intervention is one that was not previously identified by the local stakeholders? Could we build a model that looks at an entire network to select optimal interventions among hundreds of possibilities, while taking into account the risks and the uncertainties mentioned above? Should we systematically stress-test optimal strategies? These are some of the questions our team is currently tacking, with the support of the Korea Green Growth Trust Fund (KGGTF) and the Geospatial Operations Support Team (GOST). Would anyone like to join the discussion?