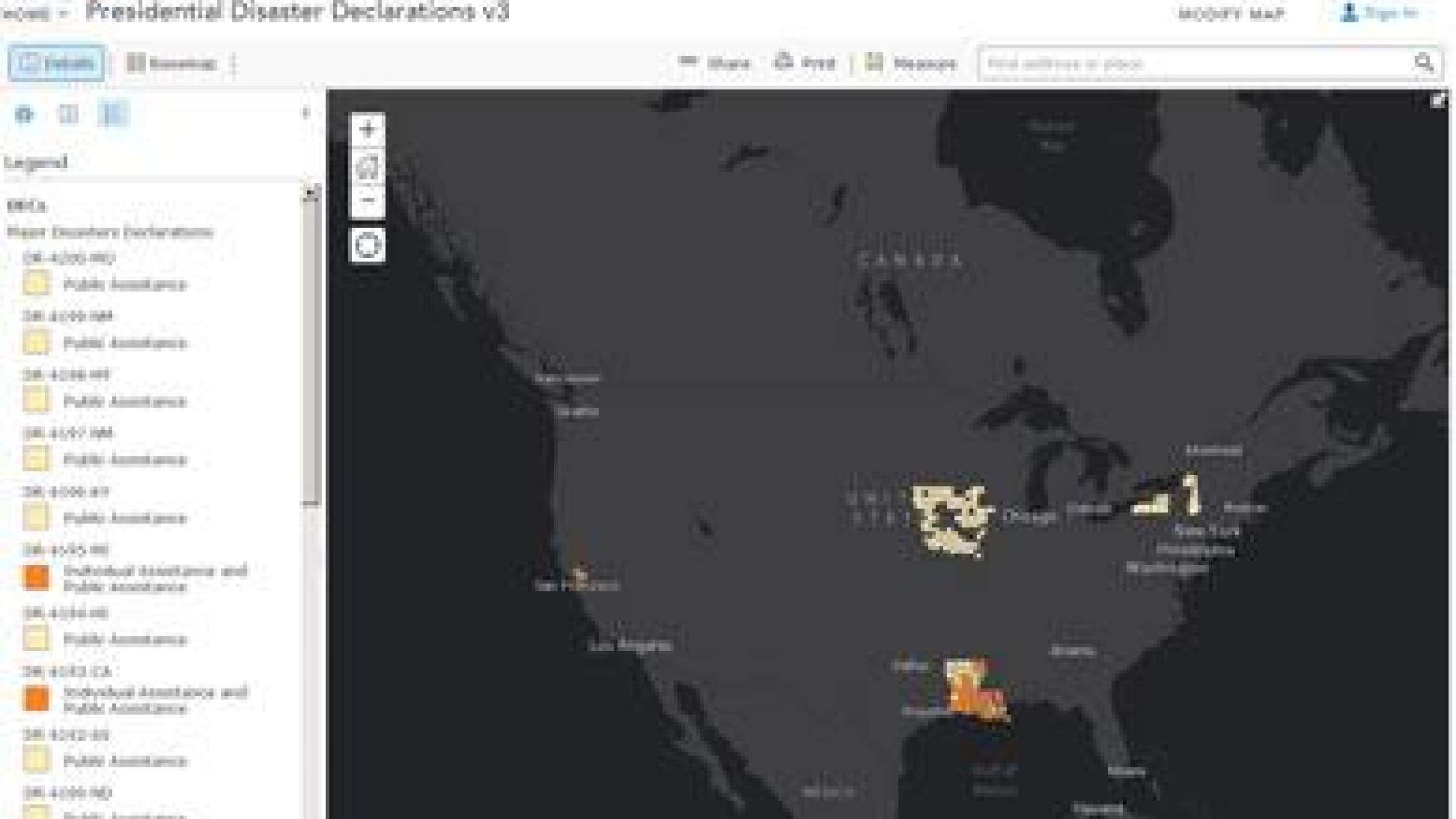 You might not be aware of that, but floods kill more people in the U.S. each year than hurricanes, tornadoes, or wind storms on average, writes Federico Guerrini for Forbes. "The challenge is knowing where and when exactly the floods will take place and staying in front of the impending natural disaster," said Tucson (Arizona) Deputy Fire Chief. And technology could play an important role in both predicting where the dangers will be and educating the public about those dangers.

The White House Office of Science and Technology Police have asked in its first series of Innovator Challenges, 'How might we leverage real-time sensors, open data, social media, and other tools to help reduce the number of fatalities from flooding?'

Guerrini reports on the use of open data, the disaster.data.gov initiative featuring 114 datasets, apps and tools, and private sector engagement.